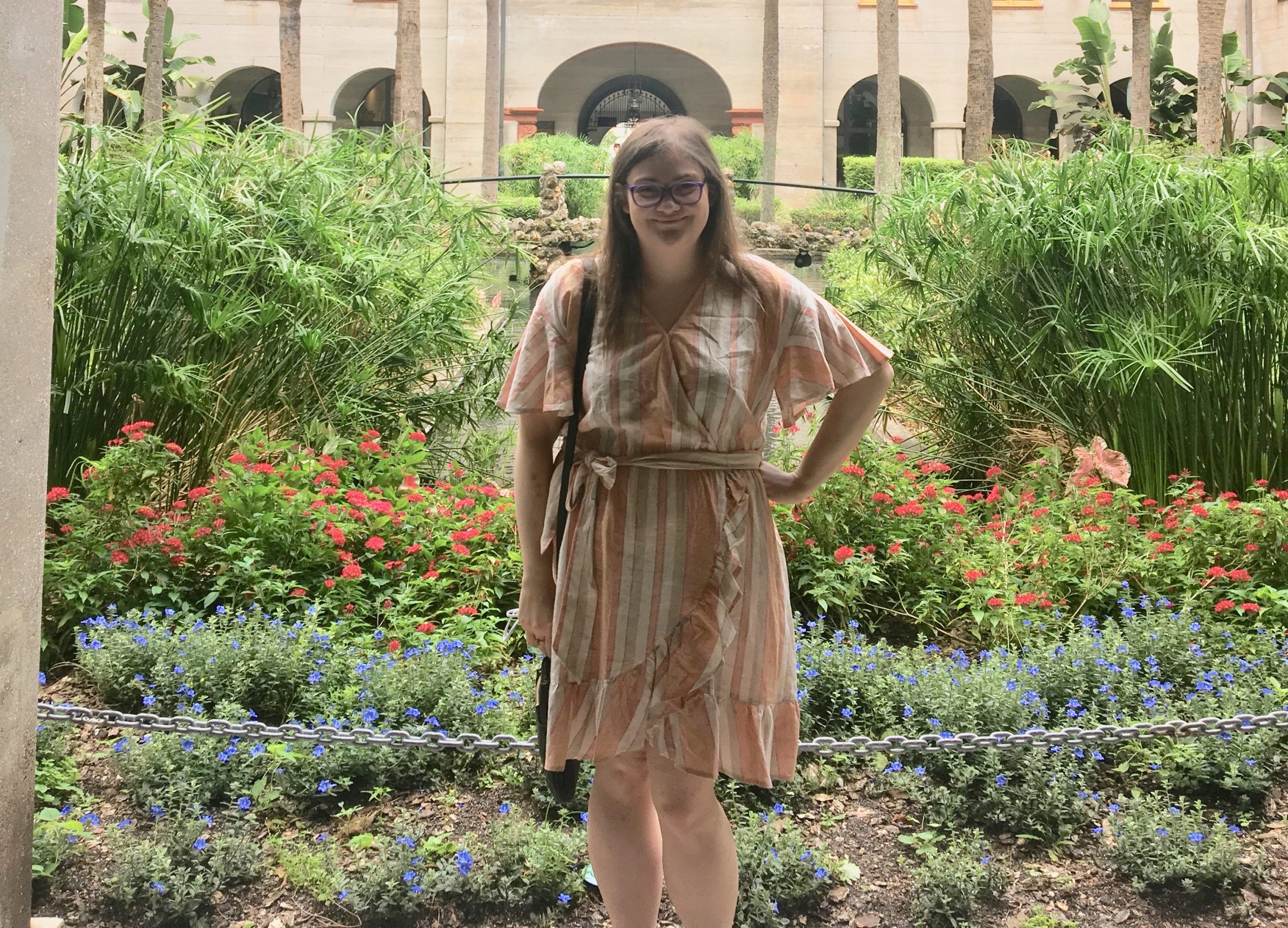 “I’m very happy to be working with Distinctive Collections and Irish Studies. With this graduate assistantship, I feel like I’m getting the best of both worlds.”

Emily Poteat recently joined the Falvey Memorial Library staff as graduate assistant for Distinctive Collections and Digital Engagement and Villanova’s Irish Studies Program. Working primarily with the Irish American Collection in Distinctive Collections, Poteat has discovered many voices of Irish-Americans living in the early 20th century and has begun transcribing their stories. She is currently examining a travel diary by Joseph McGarrity.

“He [McGarrity] brings so much nuance to his diary. I’ve read works by him for an audience and this diary is clearly just for him because he’s not taking care with his handwriting, its very scrawly. In some instances, he may have been writing while traveling the Irish countryside because there’d be a mark across the entire page where the pen just dragged. Delving into the history of Ireland, its really interesting to hear that perspective from an Irish-American who was so involved in Irish Republican activities.”

Another project Poteat has been working on is Mary Linehan’s Irish-American Poetry Commonplace Book. “We couldn’t tell which poems were written by Mary and which poems were commonplace. The only two we were able to identify as not penned by Mary was a poem about Mary Queen of Scots and a newspaper clipping that Mary had cut out and pasted onto a page of her book. It has been very interesting hearing the voices of different people and getting a small glimpse into their lives.”

Graduating from Elon University with a BA in history and minors in political science and German studies, Poteat has conducted a variety of archival research throughout her undergraduate career. Working as a intern with The MacArthur Memorial, she researched the Korean War and worked alongside their archival and curatorial department doing exhibition research where she had the opportunity to transcribe General Douglas MacArthur’s communique’. “The end result of that project was a research paper focusing on journalism during the Interwar period and how MacArthur’s communique’ was discussed throughout WWI and WWII.”

Her senior thesis focused on British identity at the Great Exhibition of 1851 and the Indian Rebellion of 1857: She examined cartoons of both events published in Punch Magazine, analyzing aspects of British identity that were put on display for the public. For another project, she traced the history of the Red Army Faction (the Baader–Meinhof Group) and documented its transition from student-led operation to German militant organization.

A graduate student in the Department of History at Villanova University, Poteat plans to continue her study in modern German. Fluent in the language, she will focus her research on Nazi propaganda. “I want to focus on Volksgemeinschaft (people’s community) and examine the ways propaganda emerged and how it was distributed and communicated to the German public. I’m hoping to continue exploring geo-politics between Russia and the United States with the atomic bomb during the Cold War.”

In her free time, Poteat enjoys watercolor painting, copperplate calligraphy, and modern script calligraphy. She is looking forward to transcribing meeting minutes of the Irish Republican committees and societies in the United States. “I have a passion for special collections and archives. [This job] is a joy…This is always what I dreamed of doing.”