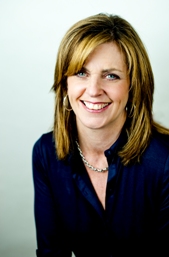 Falvey Memorial Library is pleased to host its latest Scholarship@Villanova lecture on Tuesday, April 1, at 2:30 p.m., featuring Lynne Hartnett, PhD, assistant professor, Department of History, director of Russian Area Studies, director of the Center for the Study of Violence and Conflict. Dr. Hartnett’s talk is entitled “On the Edge of Revolution: Activism, Terrorism, and Political Resurrection in the Life of One Russian Revolutionary Legend.”

This talk will use the life of Vera Figner, a Russian noblewoman who became a revolutionary terrorist, as a historical lens through which to explore political activism and radicalism in late nineteenth and early twentieth century Russia. As a leading member of a radical group widely considered to be the world’s first modern terrorist organization, Vera Figner’s biography provides great insight into the circumstances and choices that impel otherwise peaceful individuals to embrace violence as a method of protest. The lecture will follow Figner through the revolutionary underground, prison, exile and the Russian Revolutions of 1917 in order to analyze and assess the role that gender, class, personality and historical timing played in Figner’s decision to become a radical activist, her experiences within the revolutionary movement and her subsequent status as an icon of the revolution in Soviet Russia.

We invite you to enhance your enjoyment and understanding of Dr. Hartnett’s scholarship by exploring library resources listed below, selected and annotated by Jutta Seibert, team leader for Academic Integration and subject librarian for History. 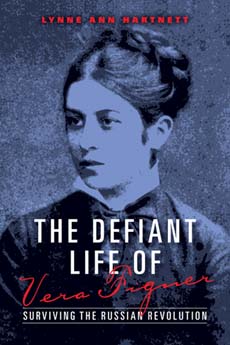 While many of you are eagerly anticipating the publication of Dr. Hartnett’s monograph The Defiant Life of Vera Figner: Surviving the Russian Revolution, which will be available in early June, here are some related sources which are currently available in print or online:

Figner, Vera. Memoirs of a Revolutionist. DeKalb: Northern Illinois University Press, 1991.This is Figner’s autobiography written during her twenty-two years of incarceration and published soon after her release.

We recommend the following encyclopedias and survey histories as background reading:

Marik, Soma. “Women in the Russian Revolution.” In The International Encyclopedia of Revolution and Protest edited by Immanuel Ness. Blackwell Publishing, 2009.

Monographs about women in the Russian Revolution in the Falvey collection:

Engel, Barbara A. and Clifford N. Rosenthal. Five Sisters: Women against the Tsar: The Memoirs of Five Young Anarchist Women of the 1870’s. Boston: Allen & Unwin, 1987.

For an up-close look at Vera Figner and the Russian revolution in contemporary newspapers and magazines we recommend:

Read George Kennan’s reply to a letter about Russian revolutionaries in Outlook:

Read the 1927 book review of Figner’s autobiography in the New York Times.

Read Ralston’s review and learn how baffled he was by the revolutionary commitment of Russian women. Here is a short excerpt:

“The most interesting by far of the conspirators are the women. The type of character which they represent is one which is very unfamiliar to us. We find it difficult to believe that young girls, belonging to what we should call the upper middle classes, well educated, and by no means destitute of culture, can leave their homes and go away, of their own free will, to lead a hard life among strange people of a lower class – and all for an idea. We can understand such a sacrifice being made in the cause, let us say, of religion or loyalty, but for the sake of irreligion and disloyalty it appears unaccountable.” [p. 400]