Peek at the Week: February 14

Word of the Week: Wordle

(n) a name for an electronic image that shows words used in a particular piece of electronic text or series of texts. The words are different sizes according to how often they are used in the text.

Before Wordle was the game that causes us to forget the English language every morning, it was the name for the word clouds that you’ve probably made at some point in your life. In addition, a wide variety of games with the same moniker have been released over the years although the trademark situation is a bit up in the air at the moment.

Below is a wordle of the words in a blog post Ethan did about the game Wordle! Wordle-ception! 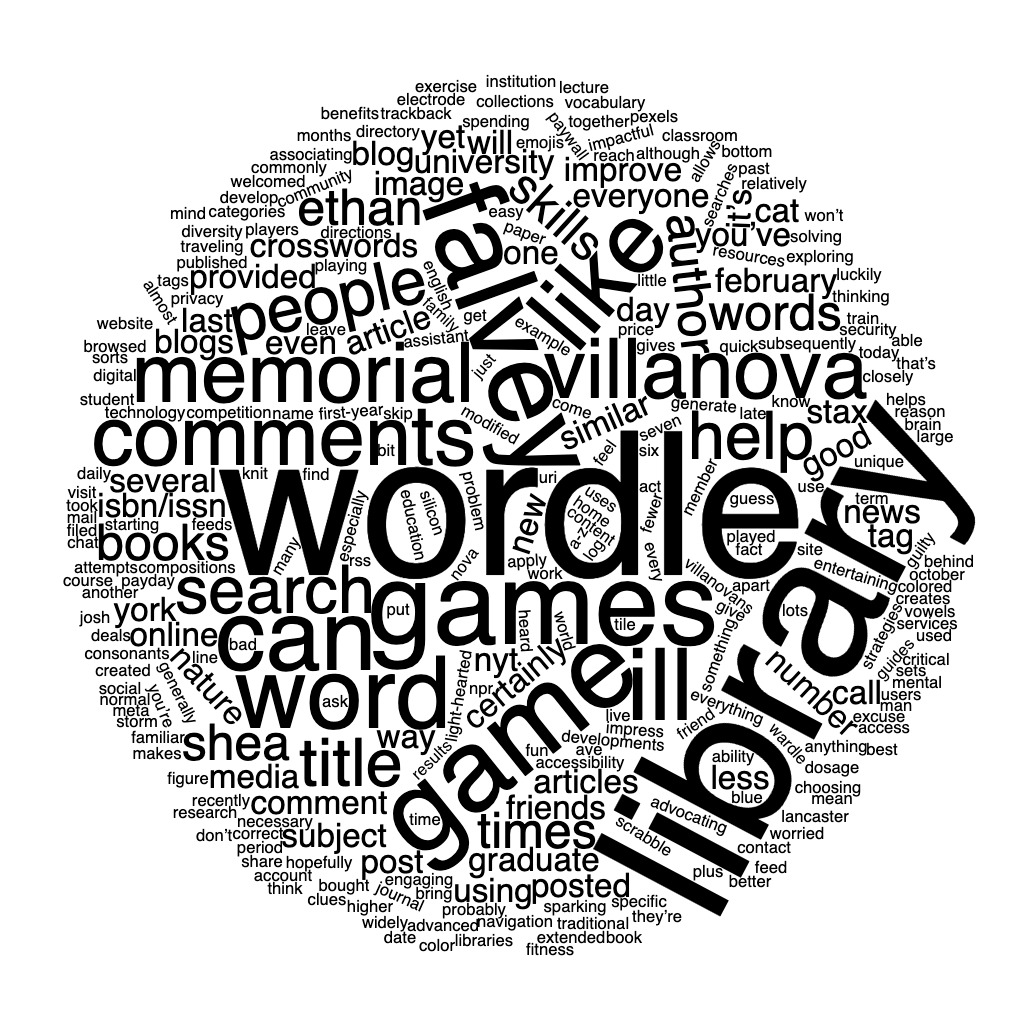 “That Fairyland of Ice”: Polar Exploration in Mind and Memory Exhibit / Falvey First Floor & Online / Free & Open to the Public

At the time, Rome was under the rule of Claudius II, also known as Claudius the Cruel, and was involved in many bloody campaigns. Because of the many campaigns, it was imperative that the emperor maintained a strong army; however, he struggled to recruit men. He attributed this difficulty to marriage and the strong attachment men had to their wives and families. In response to this, Claudius banned all marriages in Rome.

Valentine, a holy priest, saw this decree as unjust and continued to perform marriages in secret. When he was found out, he was put in prison until his execution on February 14. Legend has it that right before his beheading, he wrote a letter to the jailor’s daughter signing it “Love your Valentine.” Following his death, he was made a saint.

This is just one of the stories that potentially account for the life of St. Valentine and the origins of the holiday. To read more about the theories surrounding Valentine’s Day and St. Valentine, visit History.com.