Happy Friday, Wildcats! After a year off, Falvey Memorial Library is bringing back Weekend Recs, a blog dedicated to filling you in on what to read, listen to, and watch over the weekend. Jenna, a graduate assistant from the Communication department, scours the internet, peruses the news, and digs through book stacks to find new, relevant, and thought-provoking content that will challenge you and prepare you for the upcoming week.

Wednesday, Sept. 15 kicked-off Hispanic Heritage Month. The observation started in 1968 as Hispanic Heritage Week under President Lyndon Johnson and was expanded by President Ronald Reagan in 1988 to cover a 30-day period starting on Sept. 15 and ending on Oct. 15. It was enacted into law on August 17, 1988, on the approval of Public Law 100-402.

Why does Hispanic Heritage Month start in the middle of the month? It is the anniversary of independence for Latin American countries Costa Rica, El Salvador, Guatemala, Honduras, and Nicaragua. In addition, Mexico, and Chile celebrate their independence days on Sept. 16 and Sept. 18, respectively. Take some time this weekend to learn more about Hispanic Heritage Month and how you can celebrate.

If you have 3 minutes… check out this article I wrote last year to find a new book by a Hispanic or Latino American author to read this month.

If you have 7 minutes… read this article from the Skimm about co-founders of streetwear and empowerment brand Daughter of an Immigrant, Leslie Garcia and Karen Garcia.

If you have 12 minutes… watch this YouTube video from Great Big Story celebrating Hispanic American stories.

If you have 20 minutes… listen to VISIT PHILADELPHIA’s podcast, Love + Grit, and hear the stories of Francisco Garcia, founder of Philadelphia’s first Latino-owned whiskey distiller, and social justice professional Alba Martínez, who composed a song inspired by SEPTA’s Route 47 bus, which runs through the heart of the city’s Latino community.

If you have an evening… visit one of these Latinx-owned restaurants right here in Philly.

Peek at the Week: September 20

Word of the Week: Bibliosmia

“The smell and aroma of a good book.”

Bibliosmia, or book-smell, is caused by the chemical breakdown of compounds within the paper. When you smell a book, you are essentially smelling the book’s slow death, which explains why the older the book is, the better it smells!

1842 Day is Villanova’s annual day of giving, a 24-hour event for the entire Villanova community to come TOGETHER to make a gift of any size to the designation of their choice. Tuesday, September 21 marks the University’s fifth annual 1842 Day. This is our opportunity to show pride and gratitude for the impact Villanova has on each of us, in our communities and around the world.

The Judiciary Act of 1789 is passed by Congress and signed by President George Washington, establishing the Supreme Court of the United States as a tribunal made up of six justices who were to serve on the court until death or retirement. That day, President Washington nominated John Jay to preside as chief justice, and John Rutledge, William Cushing, John Blair, Robert Harrison and James Wilson to be associate justices. On September 26, all six appointments were confirmed by the U.S. Senate. 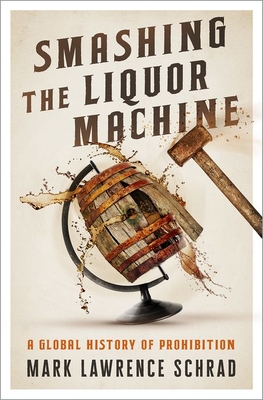 Happy Friday, Wildcats! After a year hiatus, Falvey Memorial Library’s back to Weekend Recs, a blog dedicated to filling you in on what to read, listen to, and watch over the weekend. Jenna, a graduate assistant from the Communication department, scours the internet, peruses the news, and digs through book stacks to find new, relevant, and thought-provoking content that will challenge you and prepare you for the upcoming week.

Although 95% of the Villanova community is fully vaccinated, it’s still important that we keep up with the latest vaccine statuses, especially given a COVID-19 booster may be just around the corner to help us fight the Delta variant.

In addition to announcing an upcoming booster, President Biden also announced that the Pfizer vaccine is officially FDA-approved beyond emergency usage. What does this all mean? What about the other vaccines? With everything changing what it feels like is every day, we’ve compiled resources to help you keep up to date whether you have two minutes or a whole day.

If you have three minutes… read this article from The Skimm on vaccine immunity, boosters and breakthrough cases.

If you have seven minutes… Read this other article from The Skimm about everything you need to know about the top COVID-19 vaccines.

If you have 11 minutes… Watch Biden’s statements on the FDA Pfizer approval on Aug. 23 from PBS News Hour.

If you have 30 minutes… consider contributing to Falvey and the Albert Lepage Center for History in the Public Interest’s Documenting COVID-19 collection efforts.

If you have the whole day (or at least 11 hours)… read or listen to the new-ish memoir by American television personality, dancer, and fitness instructor, Amanda Koots about her late husband and Broadway actor, Nick Cordero’s death from COVID complications. Live Your Life: My Story of Loving and Losing Nick Cordero explores the love they shared and the grief that came with his loss and the international pandemic.

Jenna Newman is a graduate student in the Communication Department and graduate assistant in Falvey Memorial Library.