From the Archives: Welcome to Villanova!

From the University Archives: Welcome to Villanova

A Peek into First Year Orientation

The next installment of the University Archives exploring past traditions of Villanova is how incoming first year students, or also known as Frosh or Yearlings, experienced their first days on campus in the first half of the twentieth century. 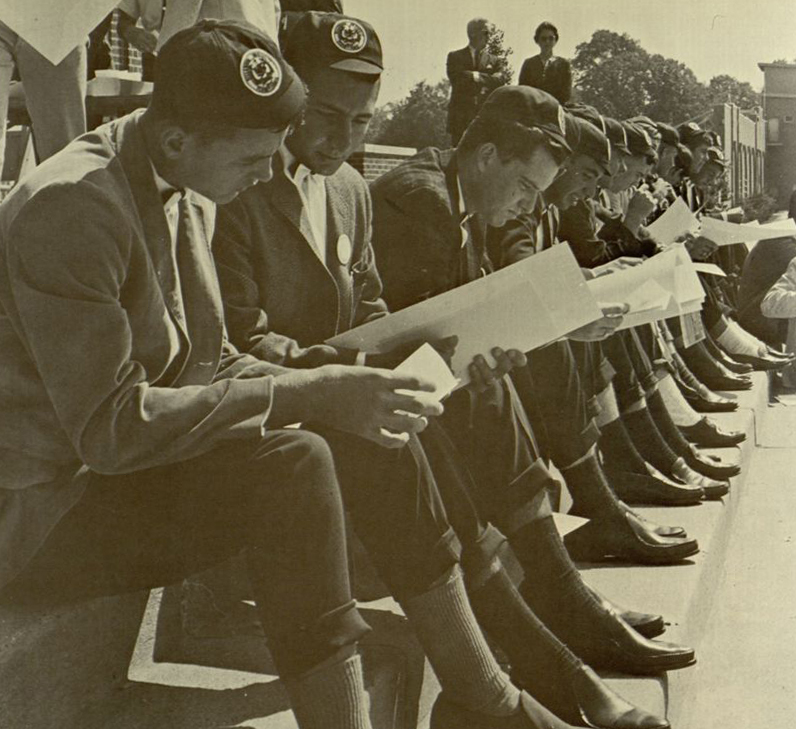 Upon arrival incoming students were given logistical and academic information, housing details, class schedule, introductions to faculty and upperclassmen, religious registration, and introduction to student organizations. The first day also required a physical exam by a doctor. All of this would be guided by the Orientation Committee (White Cappers), who were the Sophomores.  The committee who would prepare incoming students with “regs” (dinks, ties, identification buttons, and handbook) and teach them the “Frosh rules and regulations” and the very important Hello Habit.

Much of orientation was like an initiation where cultural aspects to Villanova life were heavily indoctrinated and Freshman learned the college songs, yells, and rules. Orientation Committee reinforced etiquette and rules from day one. Frosh would be taught they would have to partake in trunk carrying (help move-in all students in their dorms), coal shoveling, gridiron marking, and stadium cleaning. Noted in the 1946 Belle Air yearbook, infractions would result in haircuts or being molasses and feathered. 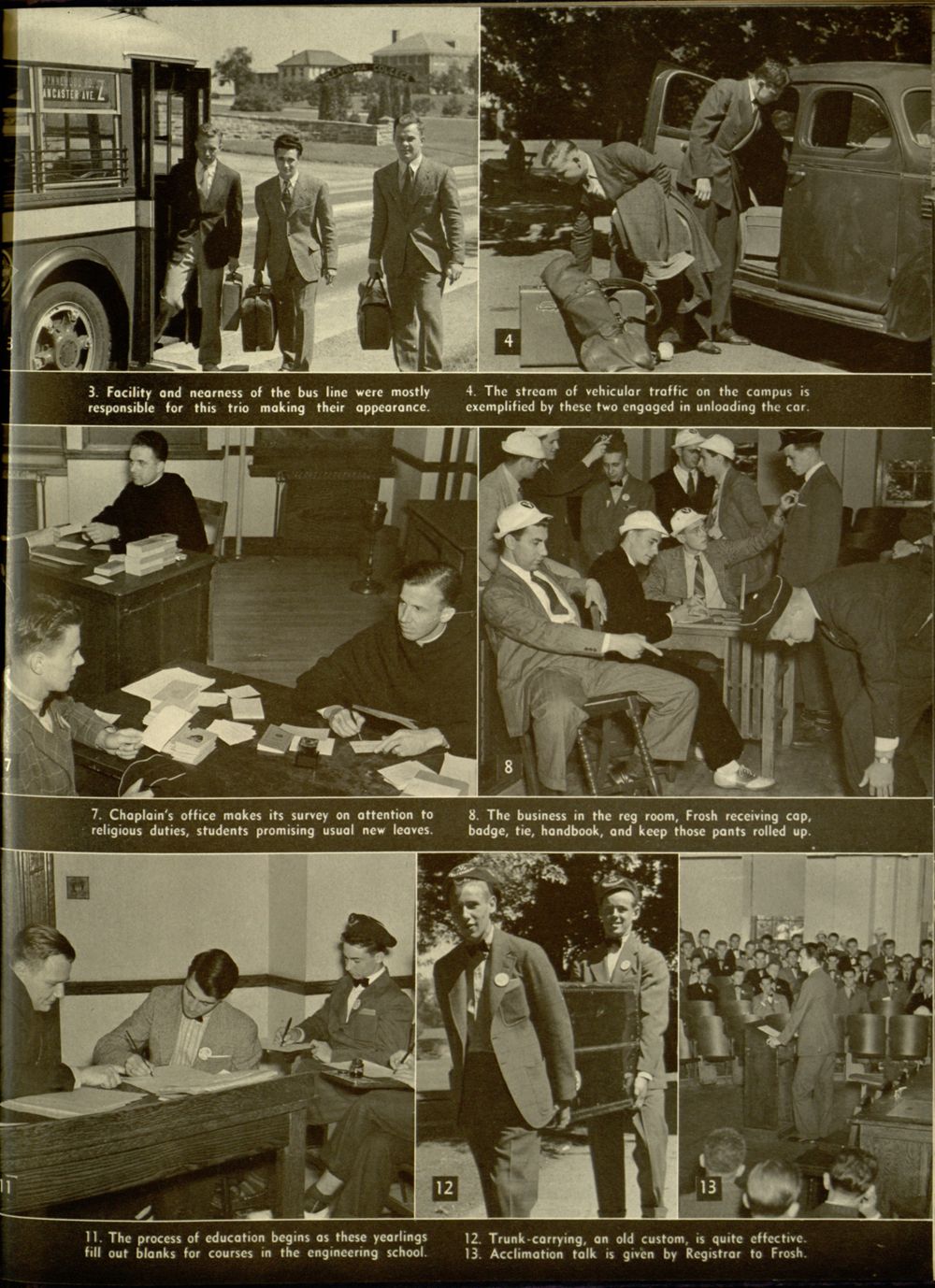 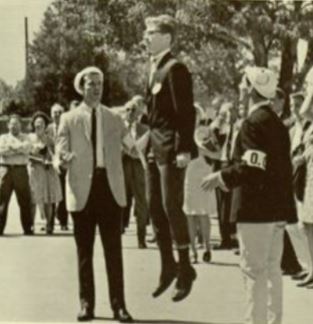 …and be sure to remember the “Hello Habit” 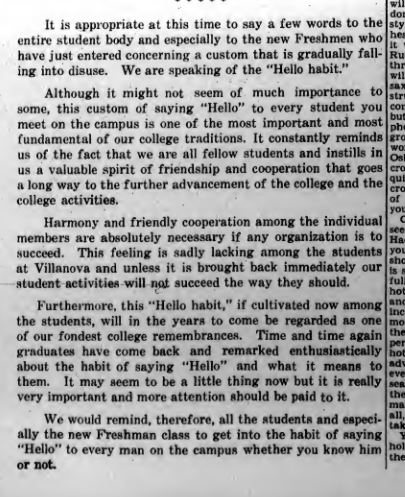 The Hello Habit was simply students saying hello to each other as they passed each other on campus. The gesture was serious business for upperclassmen as they would patrol the halls making sure Frosh did it as well as lament in The Owl and Villanovan for years how the time-honored tradition was at constant risk because of freshmen.

It was later in the school year Freshmen got  “revenge” on the Sophomores during annual Frosh-Soph field day called “Muff Day” and annual Tug-O-War in the Spring. 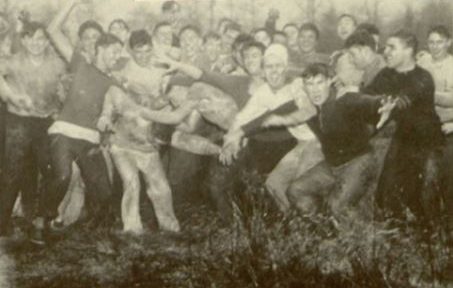 Many of the rituals, dress, initiations, and student hierarchies were abandoned by the late 1960s. Mostly because the university had become co-ed, the student body became more diverse, and the styles and trends of a college student focused more on individualism. In the 1980s, Villanova saw a significant cultural shift as orientation became more about preparing students for their college experience as a whole, including how to navigate the academic rigor and learn the support systems throughout campus.