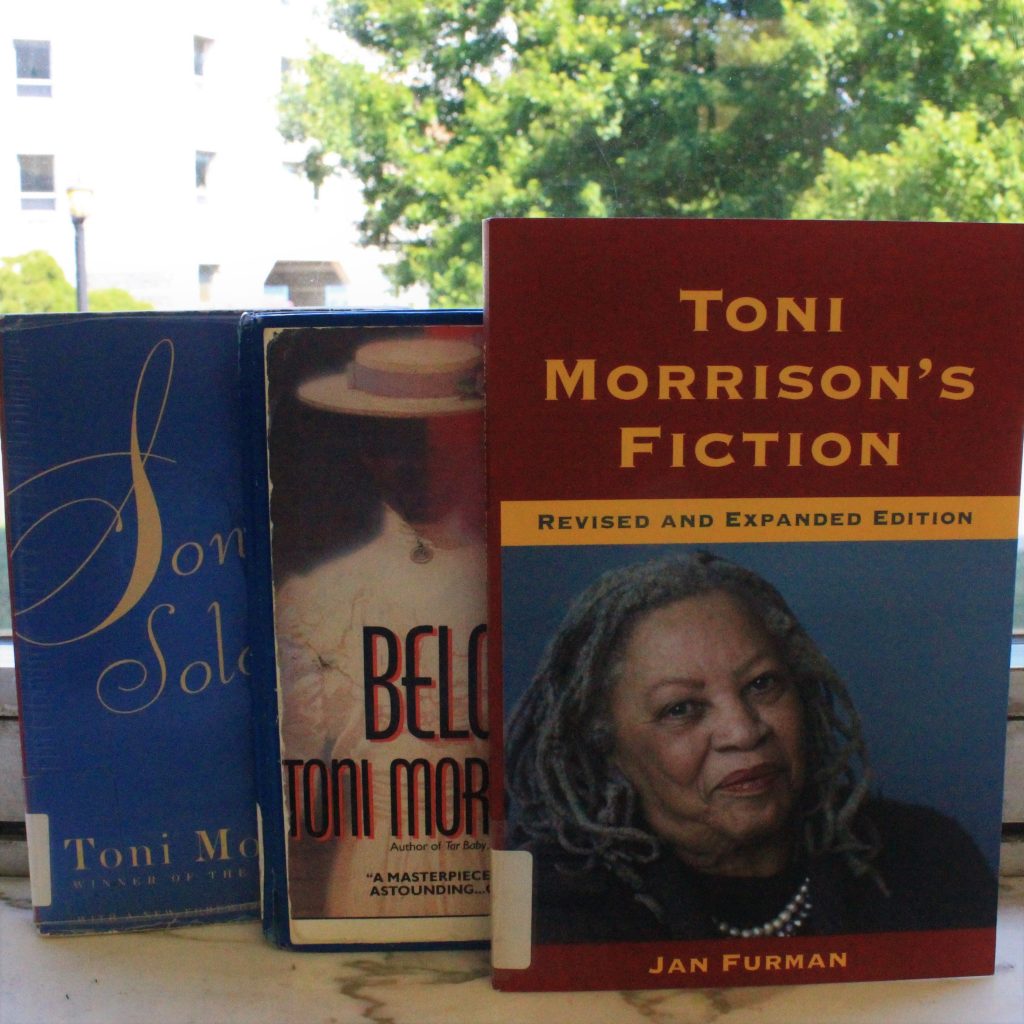 Toni Morrison, Pulitzer Prize, Nobel Prize, and American Book Award winner, passed away today at the age of 88. On the eve of a new biopic about Morrison, Kallie Stahl looked back on the library’s collection of her work. In honor of her life and incredible contribution to American letters, we are re-running a portion of the blog, originally featured in June.

Whether you’re familiar with Morrison’s narratives, looking to re-experience her storytelling before the film, or new to the author’s work, Falvey Memorial Library has a number of Morrison’s novels for you to explore: