Evangelii Gaudium Readings: A Conversation Series on the Catholic Church and the World 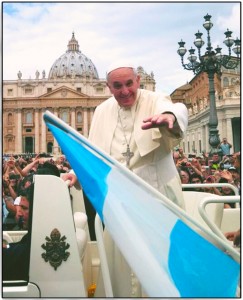 Falvey Memorial Library and the College of Liberal Arts and Sciences will be presenting a three part series of conversations inspired by Pope Francis’ apostolic exhortation, Evangelii Gaudium (The Joy of the Gospel). In this 47,560 word document, which is written in a highly accessible style, Pope Francis encourages the Christian faithful to embark upon a new chapter of evangelization and also points out new paths for the Church’s journey in the years to come.

But what exactly is an “apostolic exhortation?” According to the New Catholic Encyclopedia, it is a morally persuasive and significant expression of the magisterium, or teaching authority of the Church. Exhortations are quite influential because they are frequently the product of consensus. An exhortation can also be the base for further study and for special norms putting its teaching into effect, but it is neither legislative nor does it define church doctrine (MORRISEY, F. G. “Apostolic Exhortation.” New Catholic Encyclopedia. 2nd ed. Vol. 1. Detroit: Gale, 2003. 585-586. Gale Virtual Reference Library. Web. 28 Jan. 2014.).

On Wednesday, Feb. 5, at 6:00 p.m. in Falvey’s Speakers’ Corner, Bernie Prusak, PhD, Sue Toton, PhD, and Jim Wetzel, PhD, will facilitate the first discussion of the Evangelii Gaudium (The Joy of the Gospel) will explore the theme, “I prefer a Church which is bruised, hurting and dirty” (Pope Francis, The Joy of the Gospel), which entails a discussion of the role of the Church in the world today, where it is headed, and what it means to be poor and evangelical.

The second discussion, hosted by Mary Hirschfeld, PhD, Robert DeFina, PhD, and Gerald Beyer, PhD, takes place on Tuesday, Feb. 25, at 6:00 p.m. in Room 205 of Falvey and will explore the theme, “The worship of the golden calf has returned” (Pope Francis, The Joy of the Gospel). This discussion will address whether the socioeconomic system is unjust and promotes a “throw-away culture” and will also consider the idea that capitalism can be consistent with social justice.

The final discussion, led by Rebecca Winer, PhD, Hibba Abugideiri, PhD, Crystal Lucky, PhD, and Charlie Cherry, PhD, occurs on Tuesday, March 25, at 6:00 p.m. in Falvey’s Speakers’ Corner and will explore how “We can learn so much from one another” (Pope Francis, The Joy of the Gospel). This final installment will focus on world peace through interfaith understanding and our duties towards other in promoting this understanding.

Dig Deeper: Want to Learn More about Pope Francis I? 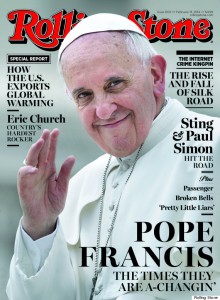 Pope Francis (born: Jorge Mario Bergoglio), who named himself in honor of St. Francis of Assisi, has taken the world by storm. Friendlier in demeanor and less conservative than his predecessor, Pope Benedict XVI, who was the first pope to resign in almost 600 years, Pope Francis’ humility, compassion, and peaceful smile have charmed Catholics and non-Catholics alike. It’s not surprising he was named TIME’s “Person of the Year” for 2013 or that he’s been depicted in graffiti as the SuperPope on a street in Rome. As of this week, he’ll also be the first Pope to grace the cover of Rolling Stone. You can connect with him on Facebook and even follow him on Twitter! Clearly, Pope Francis is inspiring us on all fronts with messages that are truly universal. Some of his past tweets have included: “Let us pray for peace, and let us bring it about, starting in our own homes!” and “To be saints is not a privilege for the few, but a vocation for everyone.”

Here are a few resources that will help you learn more about the man:

This book describes the life of the new pope, from his beginnings as the child of Italian immigrants to becoming the first Jesuit pope and first pope from the Americas.

Written by a major Vatican reporter, this easy-to-read book contains all the essential information on Pope Francis as well as new impressions and insights on his character as well as his early days in office.

A survey of Pope Francis’s journey to the papacy, his beliefs and writings, his character, and the new challenges he will face as Pope, which include church governance, consumerism, evangelization, tending to the poor, and much more.

The Open Directory Project is the largest directory of the web. Check out this page for a list of links about Pope Francis such as news and opinion, stories, commentaries, photographs, and more.

The Vatican’s official website devoted to all things Pope Francis.

This series is co-sponsored by Falvey Memorial Library and the College of Liberal Arts and Sciences and is free and open to the public. 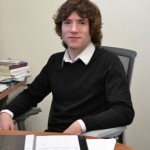 Alexander Williams, ’11 MA, MS is the temporary librarian liaison to the Department of Theology and Religious Studies and a research librarian on the Academic Integration and the Information and Research Assistance teams.

Our Dig Deeper series features curated links to Falvey Memorial Library resources that allow you to enhance your knowledge and enjoyment of seasonal occasions and events held here at the Library. Don’t hesitate to ‘ask us!’ if you’d like to take the excavation even further. And visit our Events listings for more exciting upcoming speakers, lectures and workshops!