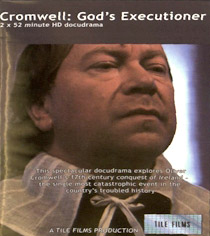 This 2008 film, “Cromwell in Ireland,” also marketed as “Cromwell: God’s Executioner,” features numerous images, plates and maps from Villanova University’s Digital Library. In 2007, writers and researchers working on the film’s script were seeking archival images depicting individuals, locations and events pertinent to the story of Cromwell’s invasion of Ireland. During this invasion, which spanned four years (1649 to 1653), an estimated 500,000 people, one quarter of the population of Ireland, died from war, disease and starvation, making this the greatest catastrophe ever to befall the country.

After browsing the Joseph McGarrity Collection of the Digital Library, the scriptwriters noted several specific images of interest for their enterprise. The writers, after contacting the Digital Library staff for permission to use these images, requested assistance in locating other images that were proving difficult to find. An extensive search of the print McGarrity Collection and the Early European rare book collection produced a considerable number of rare sources with plates and maps that fit the filmmakers’ needs. These materials were soon digitized and added to the Digital Library for use by the international filmmakers and by scholars studying these tragic events. 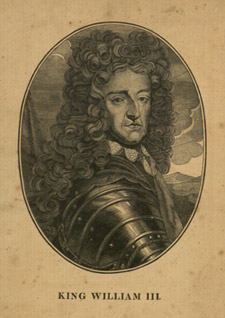 “Cromwell in Ireland” is presented and largely authored by Dr. Micheál Ó Siochrú, a vibrant young Irish historian who has just published a full-length study of Cromwell’s campaign in Ireland, God’s Executioner: Oliver Cromwell and the Conquest of Ireland. Throughout the film, he and the other historians guide the viewer through the historical narrative and action, offering challenging new insights into the war and its legacy.

The historical figures that the film features most prominently are Oliver Cromwell, England’s famous general and a Puritan deeply inimical toward the Irish Catholic Church; Henry Ireton, his second-in-command and successor; Sir Charles Coote, his uncompromising lieutenant in Ulster; Owen Roe O’Neill, Gaelic Ireland’s great leader; his kinsman Hugh Dubh O’Neill; and the Marquis of Ormond, the ineffectual leader of the doomed Royalist coalition.

The film consists of two 52-minute episodes, each including credits featuring the contributions of Villanova University’s Digital Library.

Please join us for the screening.  R.S.V.P. michael.foight@villanova.edu .