Two films featuring revolutionary singers were released just a few months apart—Ma Rainey’s Black Bottom and The United States vs. Billie Holiday. Premiering on Netflix on Nov. 25, 2020, Ma Rainey’s Black Bottom, (named after Rainey’s song of the same name), is adopted from August Wilson’s Tony-Award winning play of the same name. The film depicts tensions amongst Rainey and her band as they come together to record a new album at a Chicago music studio in 1927.

The United States vs. Billie Holiday premiered on Hulu on Feb. 26, 2021. Based on Johann Hari’s novel Chasing the Scream: The First and Last Days of the War on Drugs, the film follows Holiday’s career as the Federal Department of Narcotics launches an undercover sting operation against the jazz singer.

Both films have received numerous accolades and nominations:

The United States vs. Billie Holiday

Rainey and Holiday were trailblazing singers: Rainey was famed “The Mother of the Blues” and Holiday had a major influence on jazz and swing genres. Dig deeper and explore the links below for additional information on the groundbreaking performers. 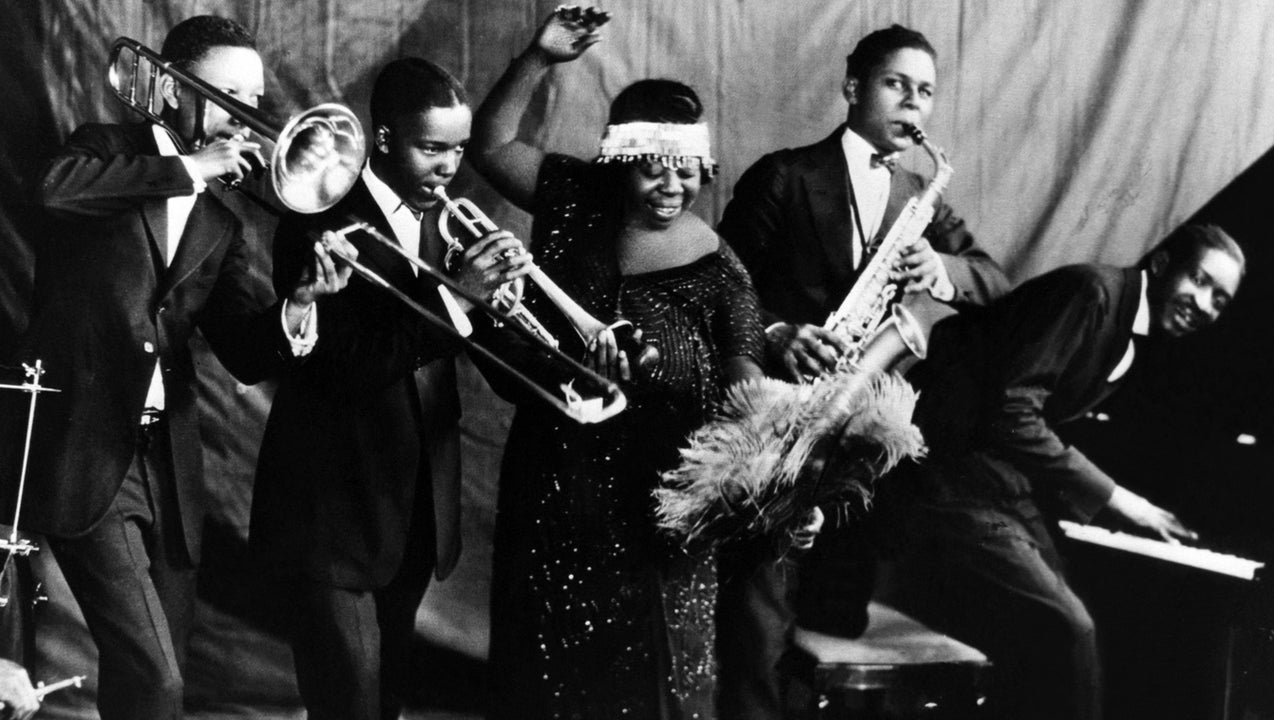 Although records suggest that Rainey was born in Alabama in September 1882, Rainey stated she was born Gertrude Pridgett in Columbus, Georgia on April 26, 1886. “Known for her thunderous, moaning voice, sharp comic timing and compelling stage presence, Rainey was a pioneer of early blues music.”

Rainey began singing as a teenager, performing in a local Columbus stage show called “A Bunch of Blackberries.” She married fellow performer Will Rainey in 1904 and they began touring with the Rabbit’s Foot Company, billing themselves as “Ma and Pa Rainey.” After her marriage ended, Rainey established her own performance company, “Madame Gertrude Rainey and her Georgia Smart Sets.” Her band became one of the highest paid acts on tour.

Rainey wrote a third of her songs, and often sang about her bisexuality. “Angela Davis called Rainey’s 1928 song “Prove it on Me,” a precursor to the lesbian cultural movement of the 1970s.” In 1923 Rainey signed with Paramount Records and recorded nearly 100 records. She continued to tour, however by 1935 Paramount had gone bankrupt and her records were no longer distributed. She retired and worked as a theatre proprietor in Georgia until her death in 1939. She was inducted into the Rock and Roll Hall of Fame in 1990. 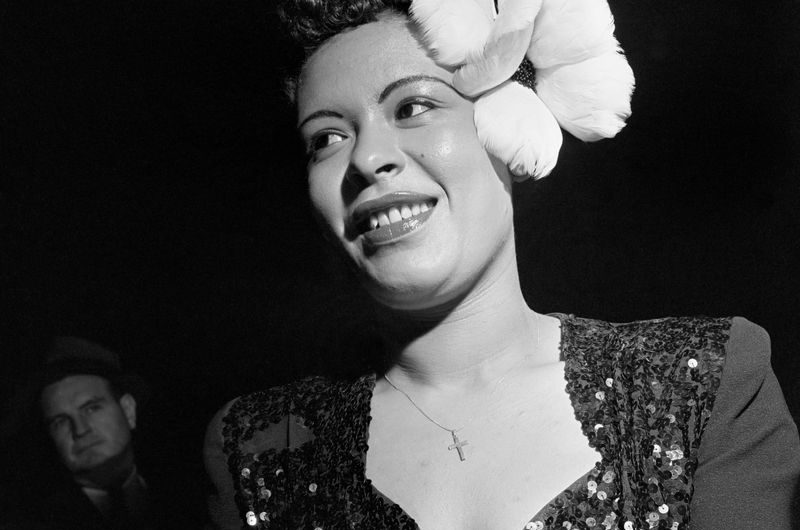 Holiday was born Eleanora Fagan Gough on April 7, 1915, in Philadelphia. Singing in her teens, Holiday began auditioning with pianists at jazz clubs in New York when she and her mother moved to the city in 1929. Borrowing her professional name from actress Billie Dove and her father Clarence Halliday, she “quickly became an active participant in what was then the most vibrant jazz scene in the country–as the Harlem Renaissance transitioned into the Swing Era.”

Producer John Hammond offered Holiday her first record deal and from 1935-1941 Holiday’s career skyrocketed—often collaborating with pianist Teddy Wilson and saxophonist Lester Young, who “famously christened her Lady Day.” In 1937, she joined Kansas City’s Count Basie Orchestra, whose shows were among the top billed performances of the time.

In the 1930’s, Holiday was at Café Society in Manhattan when she was introduced to the poem “Strange Fruit.” Written by Abel Meeropol, the poem details the horrific depiction of lynching in the Southern United States and in 1939 Holiday began signing the poem at her concerts. “Strange Fruit is ‘considered by scholars to be the first protest song of the Civil Rights era. The lyric was so controversial that Holiday’s record label wouldn’t record it, so she jumped over to the independent Commodore Records where she could record and sing as she pleased.'”

Holiday received multiple warnings from the Federal Bureau of Narcotics to stop singing “Strange Fruit,” though she never did. Henry Anslinger, the first commissioner of the U.S. Treasury Department’s Federal Bureau of Narcotics, exploited Holiday’s ongoing struggle with addiction to silence her. Holiday was arrested and convicted of narcotics possession in 1947 and sentenced to one year and a day in prison.

Upon release, Holiday had lost her cabaret card (no longer able to play in clubs that served alcohol), and began performing in concert halls. Still widely popular, she continued to tour and perform in the 1950’s though her substance abuse had taken its toll on her voice. She gave her final performance on May 25, 1959, in New York City. She passed away on July 17, 1959. She was inducted into the Rock and Roll Hall of Fame in 2000.