‘Cat in the Stacks: Back to the Beginning

Every good story has a beginning, a middle, and an end. We often get so caught up in the intrigue of the middle and the drama of the ending that we forget the importance of where we started. I would like to use this week’s post to pluck us out of the intrigue and drama of the home stretch of the semester to take us back to the beginning.

Incidentally, this date in history marks an important beginning; on March 29, 1795, Ludwig van Beethoven played his first piano concert, in Vienna. Beethoven is such a familiar name in music to us now that it’s hard to believe he once had to give his first performance – this is like thinking of Shakespeare writing his first play. 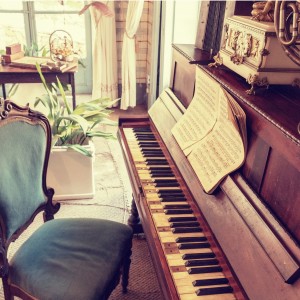 What Beethoven’s piano could have maybe looked like. (Courtesy of pexels.com)

The truth is that all great guys and girls, whether we think about their beginnings or not, performed their first big concert, wrote their first play, or wrote his first big graduate school blog post. In looking back on their pieces, we remember most clearly the accomplishments of their later careers. In the case of Beethoven, we all know “Beethoven’s Fifth Symphony” and “Für Elise,” composed between 10 and 15 years after that Vienna debut.

By the middle of the semester, we start to look at our own work in the same way. We’ve already learned so much about Gothic literature, or chemical engineering, or Middle Eastern history, that we’ve started to forget that first time we sat down in class. I would argue, however, that we might produce our best work by bringing ourselves back to our beginnings.

You and Beethoven both started in the same place – unsure about performing in front of a big audience for him, unsure about professor’s expectations or the semester’s up-and-downs for you. But now, of course, you’ve become more sure of yourself; you’re ready to compose your own “Für Elise” or your own “Fifth Symphony.” 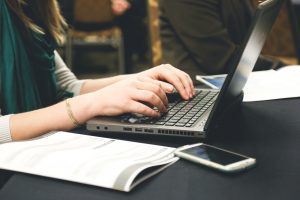 You getting started on that composition process. (Courtesy of Pexel.com)

Like the career of Beethoven and most good stories, we’ll remember spring semester 2017 for those big moments that came during the middle and end of the semester. We’ll look back on the drama of the middle and the stress of the end. But let’s not forget that beginning.

The beginning contains your expectations and your ambitions. If we can clearly picture where we started, we know the scale against which we should measure the rest of the semester. If we saw Beethoven play that first concert, we might even develop a deeper appreciation for his music.

Whether your first memory of this semester was in the dorm, or in the library, we’d love to hear about it. Share your memories in the comments below or on Facebook and Twitter!