How Falvey Memorial Library Turned Me into a Book Collector or Is That a Hoarder Story? by Jim DeLorenzo '84 LAS

There is a lot of history in Falvey Memorial Library, and not all of it is on the bookshelves! To commemorate Reunion 2013 Weekend, we asked several Villanova alumni to share a treasured memory or two of the campus Library and its resources. 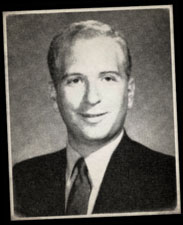 During my youth, I spent way more hours than I probably should have in two separate and distinct spheres of influence: the library and the athletic department. My first job, which I started at the tail end of eighth grade, was working after school in the Mercer County (N.J.) Library. At first, I was assigned to returning books to their proper shelf space, and gradually added “checking out” books, repairing books and printing posters to my job. I held that job all through high school, especially in the summer time.

But when I got to high school, I started working behind the scenes in the high school athletic department—keeping score, writing stories, cleaning laundry, repairing equipment. My senior year, I had the keys to every office and facility based on my expanded role as student manager of all the athletic teams—the nice elderly gentleman who had the job my freshman and sophomore years had died, and I was the only one who knew where everything was! At the same time I was working in the county library system, and then it all came to a head my senior year in high school when my homeroom was … the library. Weird.

By the time I got to Villanova University, I thought I knew everything I needed to learn about libraries. So the first time I had a chance to go into Falvey Memorial Library, I was surprised—it was so big! So many things to see! A whole new library to get to know. I had very few class assignments freshman year that got me into Falvey. But my other work, this time in Villanova’s athletic department, got me into the Library to do some research on their sports programs for my first writing assignment: a history of the Jake Nevin Field House!

I grew to appreciate first-hand the great collection at Falvey. By the time I declared my major, English, I was spending many hours of what little free time I had in Falvey – when you are an English major at Villanova (especially in the early 1980s), basically you are majoring in reading. Countless hours were spent poring over their collection of Fitzgerald, Hemingway, Hawthorne and Melville. Directed there by the late, great Professor Joseph W. Ratigan, I very rarely wandered out of the third floor of Falvey!

I became obsessed with a little corner of Falvey that seemed to have every book ever written about F. Scott Fitzgerald. I would pile them up on a table and read two or three at a time. I would hand-write my notes in blue notebooks with blue pens, and then transcribe my notes on my Royal portable manual typewriter on copier paper I had borrowed from the copier machine in the sports information office. Then I would look in the periodical room. That inspired me (I didn’t have access to a car) to my take my once-a-month walks to the old Bryn Mawr News Agency to buy stacks of magazines to read in Stanford Hall at night.

Over the next few years, especially when I started working at Villanova, it was a special treat to return to Falvey for a few minutes of peace. Even though the climate control left a lot to be desired, and my well known hatred of stairs even then had me cursing every climb, I got there as often as I could. Then I started noticing on my free time, or on trips out of town, I started haunting bookstores, and most of the old books I would pick up were ones I had first seen or read in Falvey. Baldwin’s Book Barn in West Chester was a haven for me then—an escape from campus but yet a return to my roots.

From about 1985 through about 2005, I collected books. So many, in fact, that I had to get a storage unit! Now I have a “mini-Falvey” in my home—as I have only the rarest of opportunities to return to that magic Library. I’ve tried to recreate the memory with my stacks of books on Fitzgerald and Hemingway, American illustration, children’s literature, American fiction and biography. But it’s not the same. Falvey Memorial Library truly inspired my love of books, and I hope it continues to inspire that love in Villanovans for many years to come.