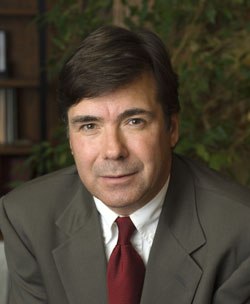 The announcement of Villanova University’s partnership with the Kuali Foundation in the development of the Kuali Open Library Environment (OLE) was made in June at the American Library Association (ALA) Annual Conference. University Librarian and Library Director Joe Lucia spearheaded the effort to join with Kuali in the development of their open source library management system.

Lucia summarized his commitment to the community source model for development of an enterprise-scale library system by saying, “We are excited to join the Kuali OLE initiative. It represents a major step in deepening library collaboration through the creation of tools and infrastructure designed from the ground up to deal with the challenges and mandates of the digital environment.”

An official press release was issued by Kuali in late June and details the events leading up to this exciting announcement. As stated by Robert H. McDonald, associate dean for Library Technologies at Indiana University and executive director of Kuali OLE, Villanova University is “well aligned with the Kuali vision of software of, for, and by higher education with support from a competitive commercial market.  Villanova University Libraries has a long history of involvement with developing open source software as seen by their leadership in developing the VuFind Open-Source Discovery Layer.”

It is expected that Kuali OLE will replace the current Voyager library management system used in the Library as early as summer 2013. Kathleen O’Connor, Systems librarian, will coordinate the system migration from Voyager to Kauli OLE, working with key library staff to identify the critical workflows and technical interoperability with other library and university systems.