You asked for it and we delivered: Falvey recently acquired permanent access to the digital archive of UK Parliamentary Papers. The archive comprises documents from the eighteenth, nineteenth, and twentieth centuries, as well as some earlier papers. The twenty-first century collection is not available to the Villanova community, but some of the papers from this period are freely available through the UK’s Parliamentary Archives. 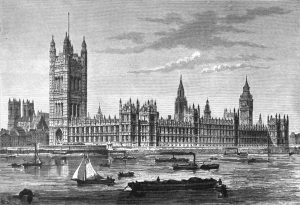 The House of Parliament, as seen from Lambeth.
Image taken from “The Earth and Its Inhabitants. Europe. Vol. 4, The British Isles” by Élisée Reclus. New York: Appleton and Co., 1881, p. 184. Courtesy of Hathi Trust.

Research applications are endless given the scope of the archive. Its contents hold wide appeal for scholars from a range of disciplines, including political science, history, and Irish studies. They cover a vast sweep of events tracing the political discourse on matters large and small. Expect to find sessional papers, acts, bills, agreements, public petitions, and reports among the archived documents. Among the many issues and events covered figure universal suffrage, the slave trade and its abolition, the poor laws, child labor, mandatory vaccination, a long list of wars, national trade statistics on products such as cotton, coffee, tea, sugar, timber, and rubber, government funded expeditions such as the ill-fated arctic expedition led by Sir John Franklin, British overseas colonies and their struggles for independence, and the Troubles in Northern Ireland to name just a few topics.

The archive offers an advanced search interface and search facets that will narrow results by date, document type, Parliament chamber, and subject. Document features, such as maps, plans, tables, graphs, and illustrations, are indexed and easy to identify. Documents can be downloaded in PDF format.

This archive does not generate document citations, but the Details view includes common and Cockton titles, date, series, document number, and a permalink; in short, all the necessary elements. I am including below a selection of documents that illustrate the broad sweep of archival sources included in this archive.

Let us know if you have any further questions or visit the ProQuest Guide to UK Parliamentary Papers. Access to the archive is provided via the Databases A-Z list and the Library’s catalog.

A Sampling of Documents from the UK Parliamentary Papers Archive

Illustration of the work performed by Margaret Hipps, age seventeen, in a UK coal mine.
Taken from “Children’s Employment Commission. First Report of the Commissioners. Mines,”
published in London by William Clowes and Sons in 1842 (fig. 19, p. 95). UK Parliamentary Papers (ProQuest)

Falvey Memorial Library offers trial access to the U.K. Parliamentary Papers archive on the ProQuest platform until Sept. 17. Trial access covers parliamentary papers from 1679 to the present. Among the documents included in the archive are public petitions, bills and acts, command papers, the papers of the House of Commons and the House of Lords, Hansard, journals, and debates. The Advanced Search screen offers a range of search options, such as date range and document types. Contents can also be explored by individual members of parliament, offices, and constituencies. Directories for members and constituencies are connected to the search interface.

Research applications are endless given the scope of the archive. The parliamentary record included in the archive stretches from the current pandemic back in time to the founding of the Virginia Colony in the 17th century. It brings the many interests of Britain’s national politics to light. Try a keyword search of opium to discover a wealth of data about Britain’s commercial interests in opium in its colonial territories. 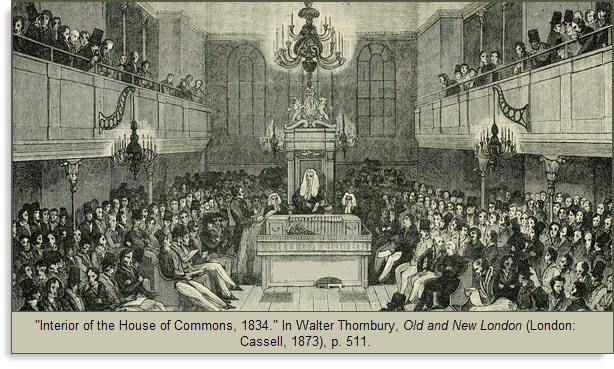