For the record, Snoopy was first drawn in comics by Charles M. Schulz in October 1950, according to the Charles M. Schulz Museum, but Snoopy’s inspiration came from the cartoonist’s dog Spike, first adopted in 1927. The dog’s many antics sparked Schulz’s imagination, leading to Snoopy’s many adventures as beleaguered novelist, World War II flying ace, and grocer, among many others. 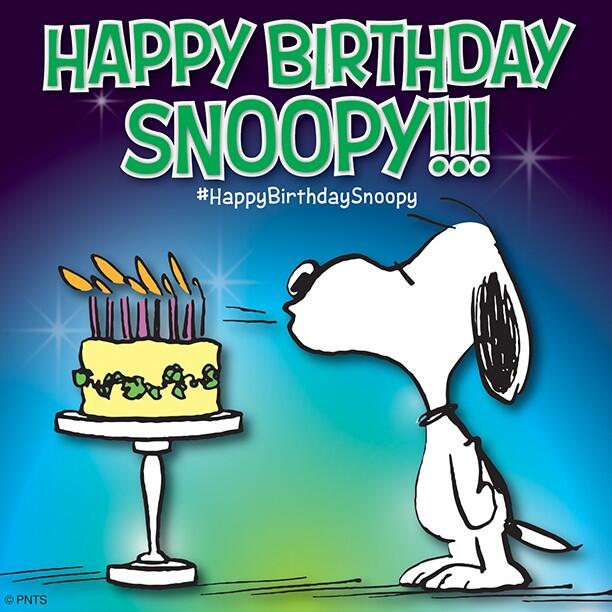 In dog years, Snoopy is 350 years old. But you wouldn’t know it from the longevity of Peanuts and the many holiday cartoon specials still in heavy rotation.

So why August 10 as the day to celebrate Snoopy’s birthday? According to the Schulz’s Museum: “…even Snoopy can’t remember when he was born. And, of course, if you were to ask Snoopy, every day would be his birthday!”

Schulz was wise to make Snoopy a beagle, according to 50 Quick Breeds. The hound sports a tri-colored coat and is sleek, hardy, and short. “This is a curious dog which loves everyone. With a wagging tail they are gentle, sweet, calm and loving.” And generations of children and adults love Snoopy right back!

(The one knock on the breed: based on my experience, they have a distinctive and very loud yawp-bark that could be heard for miles.)

Snoopy and the many characters that populated the strip are considered apolitical by the general public. However, in a book discussing Schulz, Charlie Brown’s America: The Popular Politics of Peanuts, it was noted how the cartoon strip reflected the times and politics.

“Peanuts regularly commented on the politics and social turmoil of Cold War America,” the author Blake Scott Ball says. “From nuclear testing to the Civil Rights Movement, from the Vietnam War to the feminist revolution, Peanuts was an unlikely medium for Americans of all stripes to debate the hopes and fears of the era.”

In 2000, Schulz retired as the world’s wealthiest cartoonist and passed away soon after.