When the Comet is Right: Proving Lovecraft’s Astronomical Observations 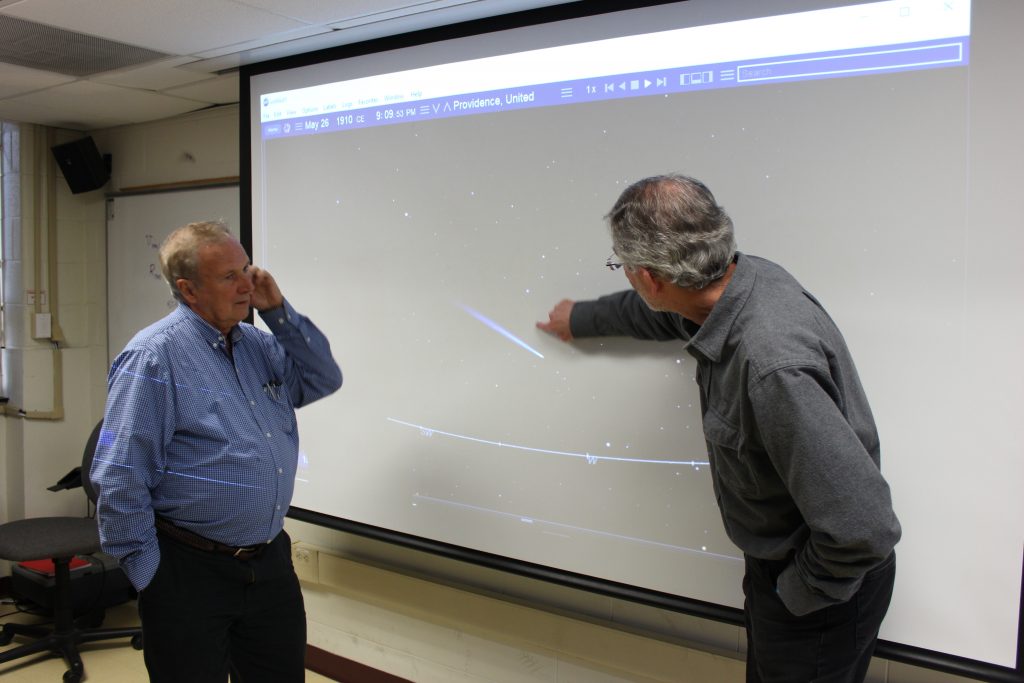 “This manuscript—hitherto held privately—has long been a ‘Holy Grail’ to scholars of Lovecraft eager explore connections between Lovecraft’s literary output and his ventures into amateur science and journalism. Villanova University brings a commitment to open scholarship for a global community of inquiry by sharing rare resources,  such as this manuscript, through making high resolution digital surrogates freely available,” says Michael Foight, Director of Distinctive Collections and Digital Engagement.

One class of Villanova undergraduate students received a chance to view them in person, as Foight brought Lovecraft’s astronomical journal as well as other rare documents for a special presentation. It was a unique opportunity to look over primary works by prominent figures in the field, including Galileo, and another way Falvey staff reach out to the community to enrich the academic experience.

But the students were also on hand to see history, literature, and astronomy lead to discovery. 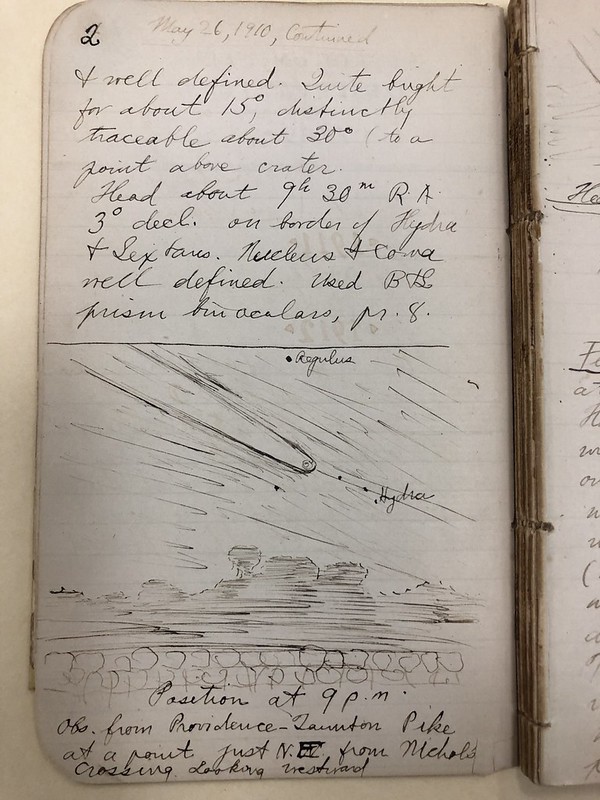 A page from the digitized astronomical journal of H.P. Lovecraft showing Halley’s Comet.

It turns out that, exactly as the author indicated, Halley’s comet was visible on May 26, 1910, 9 p.m., in the exact direction indicated.

Lovecraft’s work, which is heavily influenced by astronomy and mythology, may have roots in this unearthed journal, which was used by Lovecraft from age 18 to 25.

Currently, S.T. Joshi, a leading Lovecraft biographer, is reviewing the recently digitized journal. There are also scholars around the world poring over the work for new revelations about Lovecraft’s work.

Falvey Library is helping write a new chapter in Lovecraft’s legacy*, one which still holds the imagination of authors today, from Stephen King to Brian Lumley to Jordan Peele.

* Note: In recent years, Lovecraft has been criticized for his personal views, including strong racism, which resulted in his appearance being removed from the statute given for lifetime achievement in the World Fantasy Awards.

Shawn Proctor is Communication and Marketing Manager at Falvey Library. His favorite Lovecraft story is “The Shadow Over Innsmouth.” 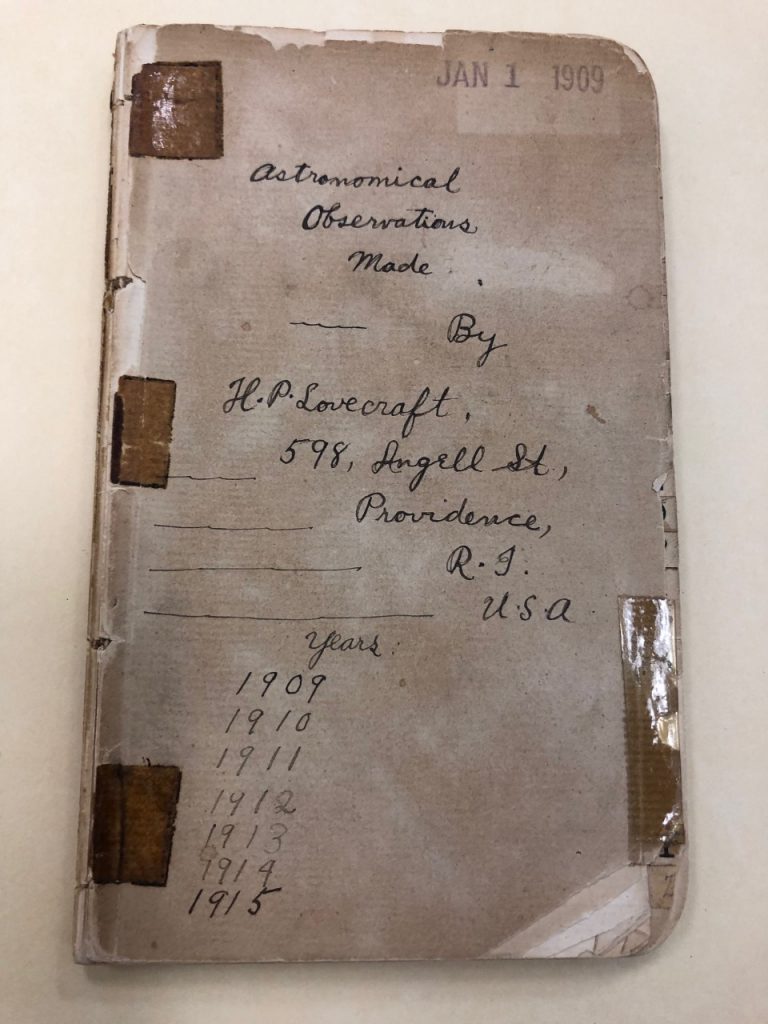 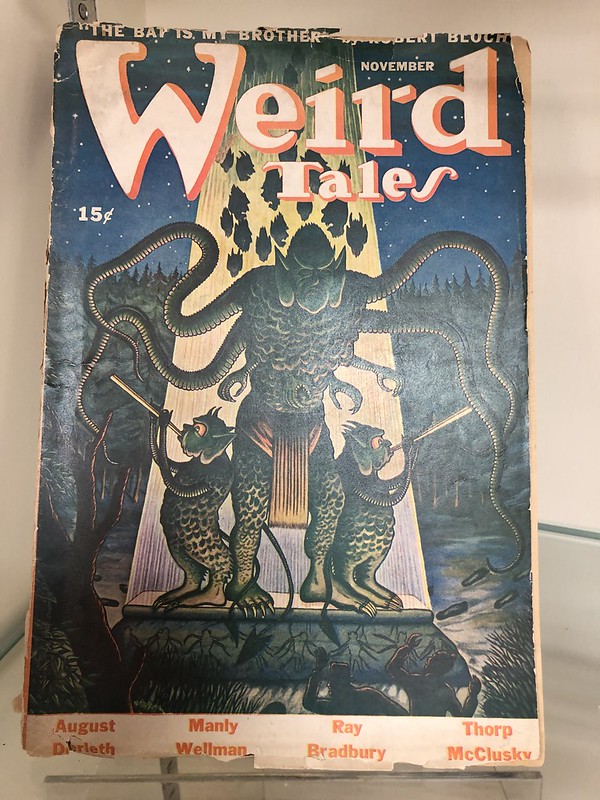 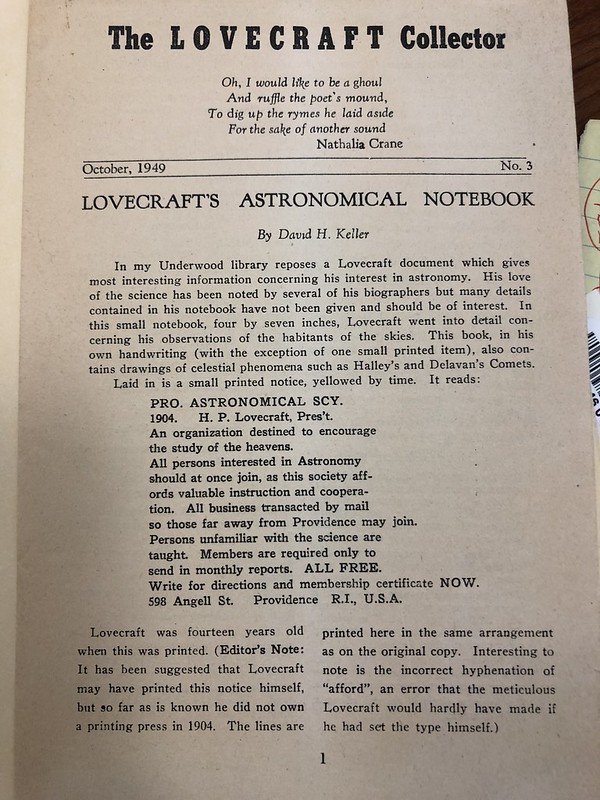 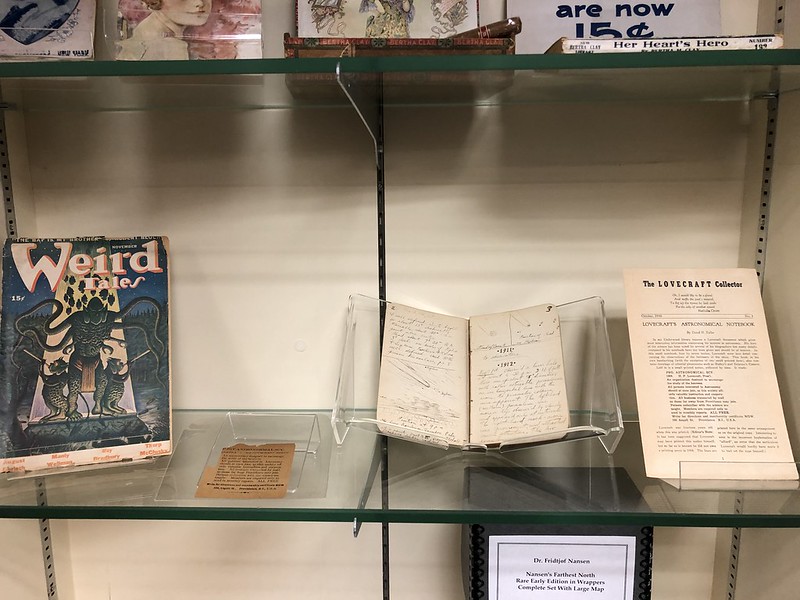