Corfu Through the Ages

A French souvenir photo album recently added to the Villanova Digital Library offers views of the Greek island of Corfu (or Kerkyra) from the early twentieth century.

A particularly significant landmark depicted on the album is the Achilleion (Αχίλλειον), a palace named after the hero of Homer’s Iliad. It was built in the nineteenth century for Empress Elisabeth of Austria (1837-1898). Since then, the palace has served as a military hospital for WWI troops, an orphanage for Armenian children leaving Turkey, an Axis-held military base, a conference hall, a museum, and even a casino, featured in the James Bond film For Your Eyes Only (1981) starring Roger Moore (1927-2017). 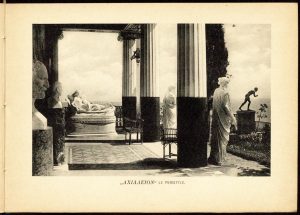 A 1907 issue of the Saturday Globe, published not long before the souvenir album, features a photograph of the palace patio and announces the building’s conversion into “a hotel and sanitorium” by a “German-Swiss syndicate.” In the early twentieth century, Corfu also received attention in Italian publications, which is not surprising, as the island was under Venetian rule for centuries and the Italian influence is evident in much of the island’s architecture. The fourth issue of the Italian dime novel series Petrosino (the “Italian Sherlock Holmes”), originally published in 1909, features a story titled “Un covo di delinquenti a Corfù” (“A den of criminals in Corfu”). 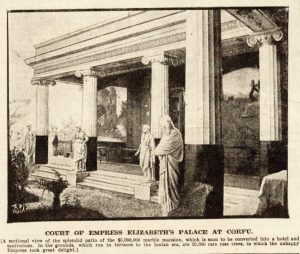 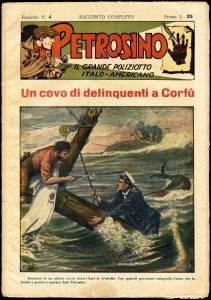 The souvenir photo album makes for some nice comparisons to photographs from more recent decades. The following photographs of my grandparents on the Achilleion grounds were taken in the late 1970s, while the palace was both a casino and a museum. 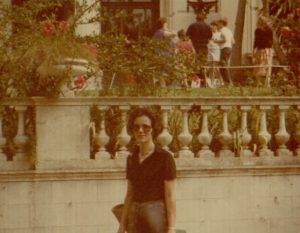 Pigi Giannea-Filiou at Achilleion in the late 1970s. 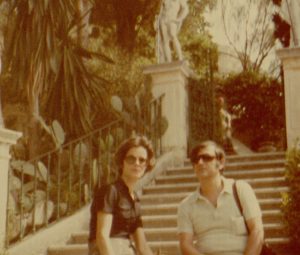 Pigi Giannea-Filiou and Miltiades Filios at Achilleion in the late 1970s.

The following three photographs, two of them pulled from personal/family collections, depict the same statue of the dying Achilles in the early twentieth century, in 1994-1995, and in 2021. Note the deterioration of the color on the statue over time. 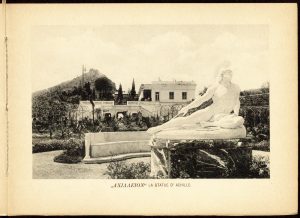 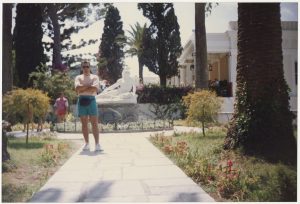 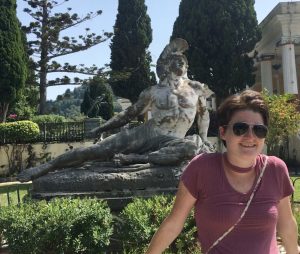 Similarly, the following three photographs depict the front of the palace during the same three periods. 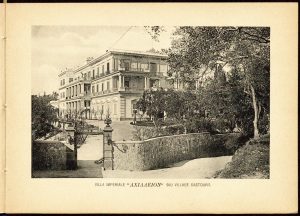 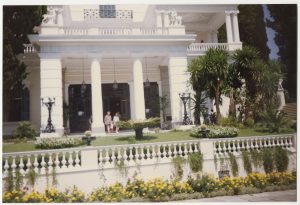 Achilleion entrance in the early 1990s. 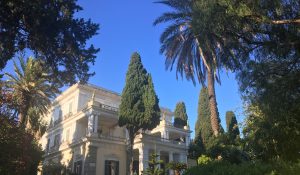 Another significant landmark whose history may be charted throughout the past century is the Old Fortress, which was built by Venetians on top of an earlier Byzantine structure. 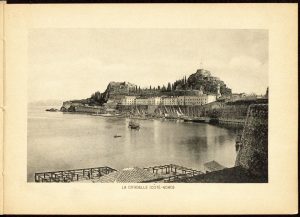 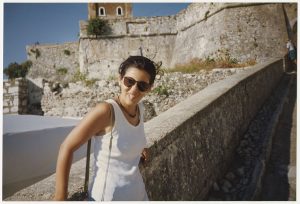 My mom, Dimitra Filiou, at the Old Fortress of Corfu in the early 1990s. 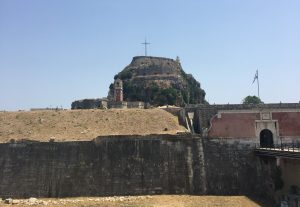 The following 2020 photograph of Arseniou Street in the city of Corfu, compared to a similar shot in the French album, demonstrates that some of the same buildings still stand a century later. 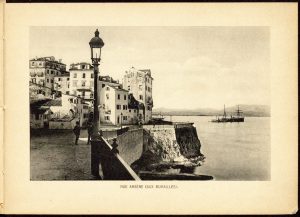 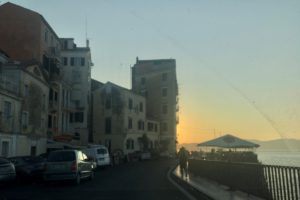 Corfu is an island rich with history, where various cultures have intersected across many centuries. These layers of history are evident in structures all throughout the island. Corfu has inspired the likes of Jules Verne, who used the island as a prominent setting in his 1884 novel about the Greek War of Independence, The Archipelago on Fire (L’Archipel en feu). The Villanova Digital Library initiative preserves the unique histories of places like Corfu by digitizing rare publications such as the French souvenir album. As the above comparison of historical materials and personal/family archives indicates, the Digital Library also allows users to historically contextualize their own lives.