Today, Sept. 11, is the seventeenth anniversary of 9/11/2001, the morning terrorists hijacked four American airplanes. Two airplanes flew into the towers of the World Trade Center in New York City, one crashed into the Pentagon in Washington, D.C., and the fourth crashed in a field near Shanksville in western Pennsylvania.

Villanova University lost fifteen alumni that day; they are commemorated in a stained glass window in Corr Hall Chapel. The window, installed in November 2006, was designed by the Rev. Richard G. Cannuli, OSA, ’73, an artist, professor and curator and director of the University Art Gallery. Vetrate Artistiche Toscane, a stained glass studio in Siena, Italy, created the window from Father Cannuli’s design. 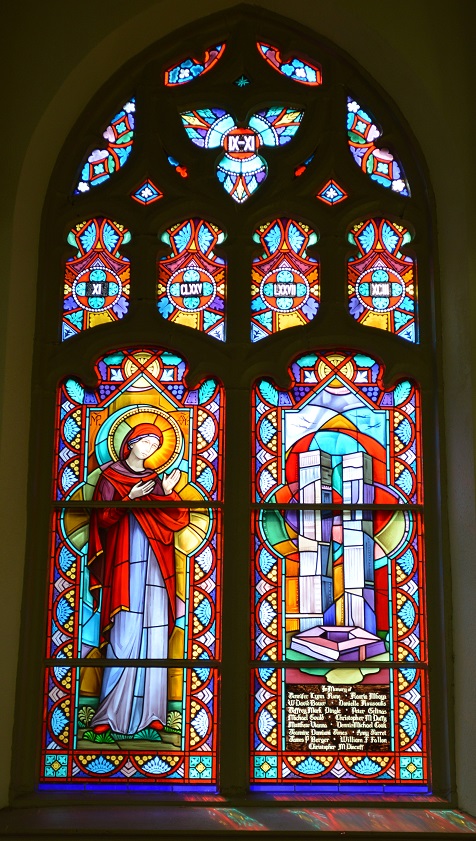 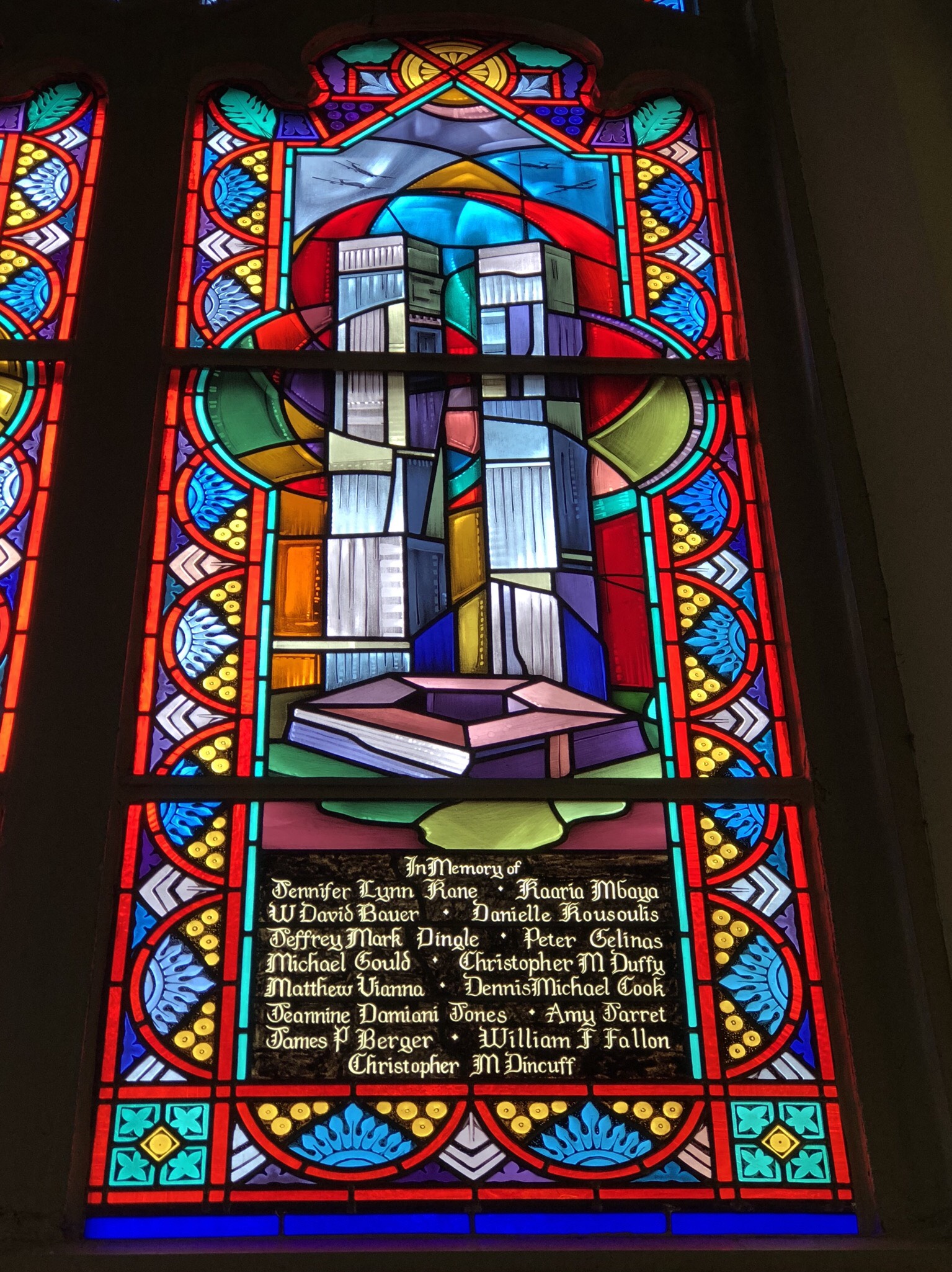 Right panel with Twin Towers, Pentagon, Pennsylvania field and panel with list of alumni who perished on 9/11.

In addition to the permanent commemoration in Corr Chapel, Falvey Memorial Library has installed, in the past, a small commemoration at the circulation desk.Villanova has not forgotten 9/11. 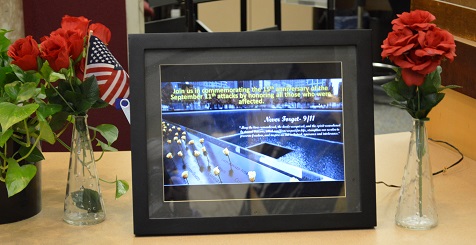