Just in time for her birthday, Scotland is consecrated to the Blessed Virgin Mary.

2017 seems to be a year of convergence. It is being commemorated as the 500thanniversary of the Protestant reformation. Martin Luther’s seminal protest document, the Ninety-Five Theses, was published in 1517. It is the 100th anniversary of the Marian apparitions at Fatima. The Blessed Virgin Mary appeared in Portugal with a message for the world. 20 years ago, voters in Scotland elected to establish a modern Scottish Parliament, which many view as a step towards independence. Earlier this year the United Kingdom, which includes Scotland, voted to leave the European Union.

This month, the Scottish Parliament formally acknowledged the fact that the Catholic Church in Scotland has just recently dedicated their country to the Immaculate Heart of the Virgin Mary. This is both profound and startling for many reasons, not the least of which, the United Kingdom is well-known for its role in the Protestant Reformation. Scotland being especially famous for its Presbyterian Calvinism. In fact, it wasn’t until the nineteenth-century, 300 years after the Reformation, that Catholics in the UK could hold public office in Britain and attend British universities. Interestingly, England and Wales will also be formally consecrated to the Virgin Mary by its Catholics, too.

A solemn holy day on the Catholic calendar, September 8 is the Feast of the Nativity of the Blessed Virgin Mary, known as The Birth of the Theotokos In the Byzantine tradition. Happy Birthday to the holy virgin Mother of God.

Congregation for the Doctrine of the Faith, The Message of Fatima

BBC News, Scottish devolution referendum: The birth of a parliament

The Telegraph, Britain has become a ‘Catholic country’ 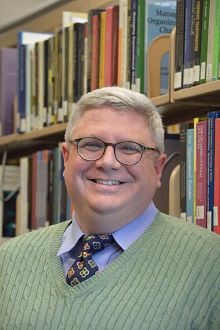 Post by Darren Poley, Assistant Director for Academic Integration and Theology Librarian. He can be reached at 610-519-6371 or found in his office on Falvey’s second floor, Room 230.