Dime Novels Are Finding A New Audience In The Digital Age

We are publishing this because Demian Katz of Falvey Memorial Library is part of this story. 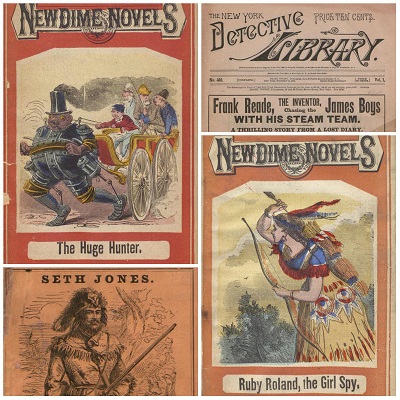 Dime novels are short works of fiction from the 19th century. While humble in name, these long-forgotten classics have brought in around a million dollars in funding for Northern Illinois University curators.

Significant grants to digitize these works have allowed Northern Illinois University to open a portal to the past. Lynne Thomas is the curator of Rare Books and Special Collections at NIU. She’s been working on a project to digitize a large set of dime novels from the Beadle and Adams collection.

“They’re a hugely important document of the second half of the 19th century that for reasons of lack of availability and the fact that they’re incredibly fragile meant that they weren’t available to study… and we’re changing that,” Thomas said.

Dime novels have been written off in the past as pulp material without much value. Yet this isn’t quite the case; Thomas says they had quite an effect on people at the time. 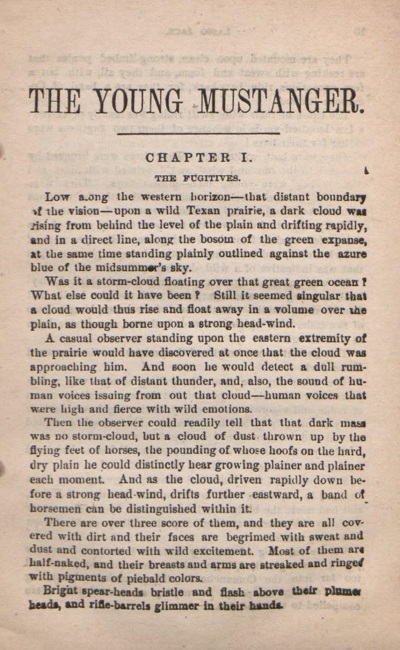 “These dime novel format books sold in hundreds of thousands of copies—they were the best sellers of their day,” Thomas said. “They were read by more average Americans than anything that is taught in literature classes of the period including things like Moby Dick or the work of Nathaniel Hawthorne.”

Many people have different ideas on what a dime novel is, some may think of cowboys and Indians while others might not have much of a reference point at all. Matthew Short is the Metadata librarian at NIU and he describes some of the cover art he’s seen while the digitizing dime novels.

“So we have lots of sea monsters, and werewolves, and ghosts, zombies, and you name it that we’ve been finding as we scan these early issues,” Short said.

Short says monsters don’t give the sense of importance these dime novels had. He says many authors were not what someone would expect for the time period.

“A lot of women who couldn’t be published through conventional means were able to find a place to get their stuff out there in the dime novels,” Short said.

“I don’t have a specific favorite dime novel but I have a favorite sub-genre that I’ve actually published a couple academic articles about which is cross-dressing women in dime novels,” Thomas said. “It’s a very common literary trope–of course–and this particular subset of popular literature does very different things with that trope than you see in the more well known literature of the 19th century in terms of roles for women so I found a lot of the stories including characters like ‘cinnamon chip’ and ‘New York Nell’ fascinating.”

The latest grant is for nearly $450,000. Thomas explains why it is so expensive to digitally preserve these novels.

“Digitization doesn’t just magically happen. It requires technical infrastructure which is what 40% of the budget is paying for and people power which is the other 60% and those things working in concert in a concentrated period of time means that we can make a lot of these materials available at once.”

Matthew Short says organizing such a large collection also has its own unique set of challenges.

“A single dime novel might be reprinted six or as many as a dozen times and also a lot of these novels are written under pseudonyms,” Short said. “If a researcher wants to study all of the work of a particular author they have to know all the pseudonyms that author wrote under. If they want to study a particular work they have to know all of the editions of that work. So one of those goals of this project in addition to just scanning stuff and putting it online is to unpack those complex bibliographic relationships and incorporate that data seamlessly into the interface.”

NIU has help organizing this wealth of information from Villanova University. Demian Katz has been running his own digitization project and has collaborated with NIU to make the project a success. 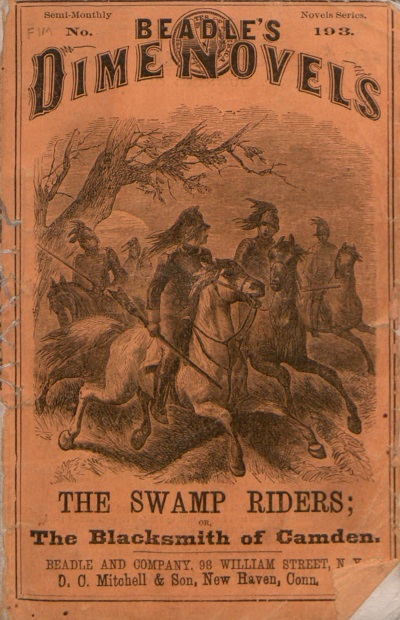 “Some of our initial collaborative work was in finding automatic ways to take data that NIU has created for their collection and ingest that into our bibliographic database and also take information from our database and embed that in NIU’s site to enhance their records. So basically sharing data to mutually improve both our projects,” Katz said.

Northern Illinois University has plans for the future to help expose more people to what they’re doing culminating in a symposium in 2019 which has taken cues from projects in the past involving these materials.

But you don’t need to wait until then to read these novels. Matthew Short says all of the dime novels scanned by NIU can be accessed through the library’s website.
“There are 2,100 and some odd dime novels that are currently available. Any one of them can be downloaded as pdf’s, you can also download the cover images which tend to be what people are most interested in, and I’ve also made all of the text from the dime novels available as kind of a bulk download so if people want to do some text mining on the collection they can do that as well.”

These novels haven’t yet been examined closely so who knows? There might be a few surprises for any would-be frontiersmen…

Darius Dauzvardis is a graduate of WNIJ’s Public Radio 101 program.

Reprinted, including illustrations, with permission from Northern Public Radio (NPR).