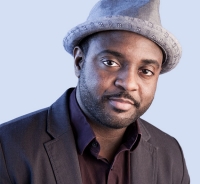 Reginald Dwayne Betts, poet and memoir writer, will be in the Speakers’ Corner on Thursday evening, March 30, at 7 pm as a 2017 Villanova University Literary Festival author. Betts’ memoir, A Question of Freedom:  A Memoir of Learning, Survival, and Coming of Age in Prison (2009), received the 2010 NAACP Image Award for non-fiction. He also wrote two books of poetry, Shahid Reads His Own Palm (2010) and Bastards of the Reagan Era (2015). President Obama appointed Betts to the Coordinating Council of the Office of Juvenile Justice and Delinquency Prevention in 2012. Betts is a graduate of Prince George’s Community College, the University of Maryland, Warren Wilson College’s MFA Program, and Yale Law School.

Poetry  Foundation  Provides a biography and some of Betts’ poems