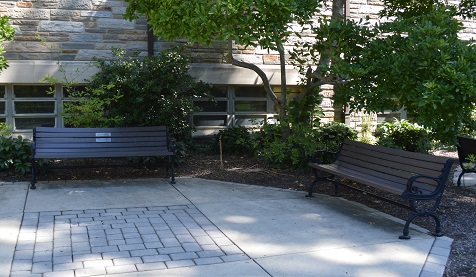 In front of Falvey Memorial Library, to the left of the entrance there are popular two seating areas. On one of the benches in the group farthest to the left are two plaques: 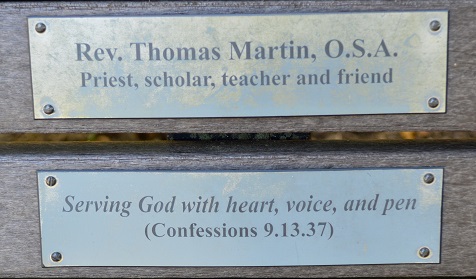 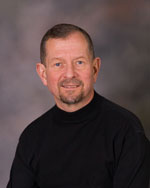 Who is the Rev. Thomas Martin, OSA, PhD, and what is his connection with Villanova University and the Library? At the time of his death, Feb. 20, 2009, Father Martin was a professor of theology and religious studies and the director of the Augustinian Institute at Villanova University. He wrote books, articles and papers on Early Christianity and the Church Fathers. Father Martin’s book, Our Restless Heart:  The Augustinian Tradition, is probably his best-known work. According to Orbis Books, “Thomas Martin’s concise survey of this vast, complicated and controversial terrain begins with Augustine and his own restless heart… Our Restless Heart masterfully traces the great saint’s wide-reaching legacy in the Augustinian Order, as well as among a diverse range of Protestant and Catholic reformers, and in modern currents in the church and spirituality.”

Thomas Frank Martin was born in 1943 in Chicago, Ill., where he attended parochial elementary and high schools. On Sept. 3, 1961, he became a novice in the Order of St. Augustine and spent a year at St. Monica Novitiate, Oconomowoc, Wis. He professed his first vows on Sept. 4, 1962, in the Province of Our Mother of Good Counsel, and then atteded Tolentine College, Olympia Fields, Ill., where he received his BA in Philosophy in 1966. Father Martin was ordained on Dec. 20, 1969, in the chapel of Tolentine College.  He earned his MA in Theology from DePaul University, Chicago, Ill., in 1970, and a PhD in Early Christianity Studies from Northwestern University, Chicago, in 1995.

Father Martin led an active life; his first assignment was as a teacher and chaplain at Mendel Catholic High School in Chicago. From there he became the formation director at St. John Stone Friary, Chicago, and, when the program moved to Villanova University, he came here. Next he served a brief time at Cascia Hall, Tulsa, Okla.; he left Cascia Hall when he was elected Province Secretary and returned to Olympia Fields. From there he was called to Rome where he served the Order from 1984-1990. He came back to Chicago in 1990, serving once again as the formation director at St. John Stone Friary and studying for his PhD. After earning his PhD, Father Martin came to Villanova to teach in the Dept. of Theology and Religious Studies, 1995-2009. He was the founding director of the Augustinian Institute (2001-2009). And in 2003, he founded Reconsiderations, a scholarly conference to discuss St. Augustine, his life and legacy.

The Rev. Allan Fitzgerald, OSA, STD, director of the Augustinian Institute, remembers Father Martin well. “As for a favorite story, let me say that I was always impressed at his ability to travel and always bring something back to his teaching, whether what he learned by visiting the desert monasteries in Egypt or friends in Poland. He was the kind of person who brought people together and whose enthusiasm was never more evident than when he spoke about St. Augustine.”

Darren Poley, Theology/Humanities librarian, also knew Father Martin. “My memories of Fr. Tom Martin, OSA, are of a delightful, good natured priest who was also an outstanding world-class scholar and a true champion of the Library. He had a good sense of humor, laughing and smiling even near the end of his earthly life when illness had overtaken his physical body. He had a deep spirit of generosity and faith, and was quick to encourage younger scholars with his own story about getting his PhD later in life. Once, in a chance meeting while walking across campus, I asked him about a pretty heavy duty theological problem that I had been pondering. Fr. Martin was able to give me a concise answer in just a couple of minutes that even the average undergraduate could understand.  He could distill very difficult concepts from the thought of St. Augustine knowledgably and skillfully. He worked very closely with Falvey to establish and preserve our collection of early printed copies of The Confessions of St. Augustine, to aid our collaboration with the University of Leuven on the Finding Augustine project, and was critical to our filling gaps in our general collection dealing with Augustine and related writers and thinkers.”

A comfortable bench in a shady spot, a place to sit and read or think, adjacent to the Library which houses the books he wrote as well as a large collection of works related to St. Augustine – what an appropriate way to remember a much loved “priest, scholar, teacher and friend.” The bench with its plaques was installed in spring 2009.

A video of “Augustine’s Pauline Method 1 Cor 11 2 ff As a Case Study,” a presentation by Father Thomas Martin.

Our Restless Heart:  The Augustinian Tradition (2003)

Sharing a Common Legacy:  Symposium of the Augustinian Family and Course on Augustinian Spirituality, Rome, November 9-14, 1987 (1988)

Studies in Patristic Texts and Archaeology:  If These Stones Could Speak-:  Essays in Honor of Dennis Edward Groh (2009)

Bench photographs by Alice Bampton, Communications and Marketing Dept. Photograph of Fr.Martin courtesy of the Order of St. Augustine.