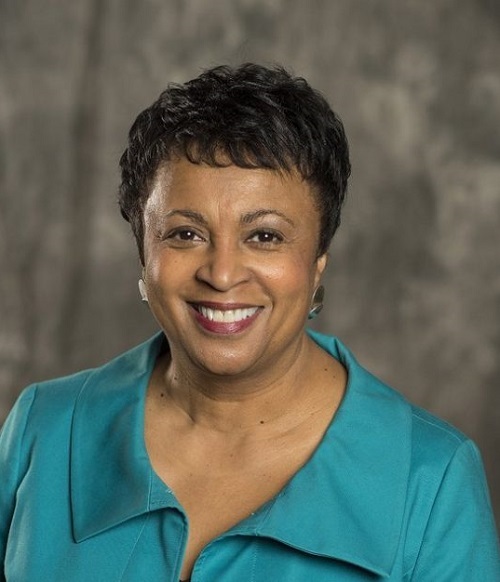 The United States Senate confirmed Carla Hayden, PhD, the CEO of Enoch Pratt Free Library in Baltimore, Md., as the fourteenth Librarian of Congress. Hayden is the first woman Librarian of Congress, the first African American Librarian of Congress and the first professional librarian to hold that position in over sixty years. Nominated by President Obama in February, the Senate approved her nomination on July 13. Hayden succeeds James Billington, PhD, who was appointed by President Ronald Reagan in 1987. Before his appointment Billington was a leading Russia scholar, but did not have a degree in library science.

In the interim, between Billington’s resignation on Sept. 30, 2015, and Hayden’s appointment this month, David Mao was the acting Librarian of Congress effective Oct. 1. Mao had been the Deputy Librarian, appointed on Jan. 12, 2015.

The American Library Association (ALA) had actively supported her nomination and encouraged people to contact their Senators to support Hayden’s confirmation. Hayden is a past president of the ALA (2003-2004) and is the Library Journal’s 1995 Librarian of the Year, the first African American to receive the award.

Hayden spent 23 years at Enoch Pratt Free Library as its CEO (1993-2016). From 1991-1993 Hayden was Deputy Commissioner and Chief Librarian of the Chicago Public Library. Earlier she taught Library Science at the University of Pittsburgh (1987-1991) and was Library Services Coordinator for the Museum of Science and Industry in Chicago (1982-1987). From 1973 to 1982 she held positions with the Chicago Public Library.

She was born in Tallahassee, Florida, and earned a bachelor’s degree from Roosevelt University. She received her master’s degree and doctorate from the University of Chicago Graduate Library School.

ALA President Judy Todaro says, “The library community is elated that Dr. Hayden is our nation’s new Librarian of Congress. … There is no doubt that Dr. Hayden will have a positive impact by leading efforts to establish a more modern approach to serving members of Congress, researchers and the public at large. … I believe that through her visionary leadership the Library of Congress will soon mirror society’s rapidly changing information environment, while successfully preserving the cultural record of the United States.”

The Library of Congress has a long history. James Madison proposed it in 1783. It was founded on April 24, 1800, with a $5,000 appropriation for books and space to house them. The Library was founded for the use of Congress and therefore housed in the new capitol, Washington, D.C.

The Library of Congress:  An Account, Historical and Descriptive (1958)

For Congress and the Nation:  A Chronological History of the Library of Congress through 1975 (1979)

Image courtesy of Library of Congress.