Remembering Lewis Becker and “Sing a Song: A Celebration of Traditional Music of Ireland and Elsewhere in Print” 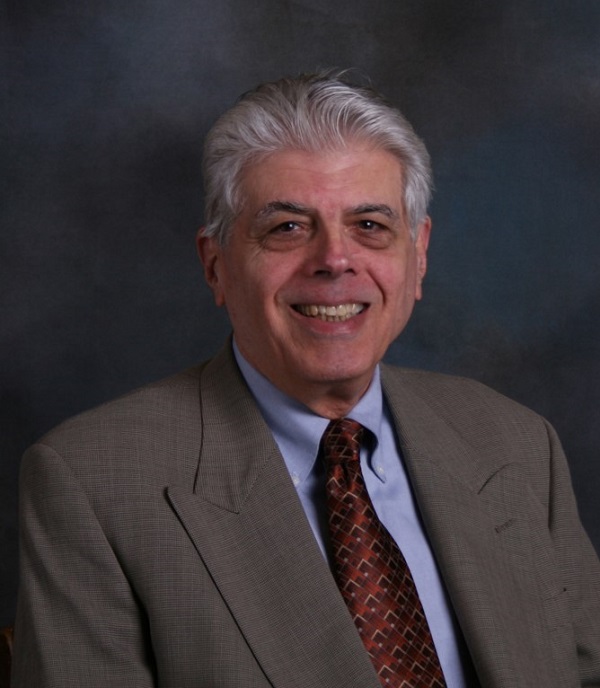 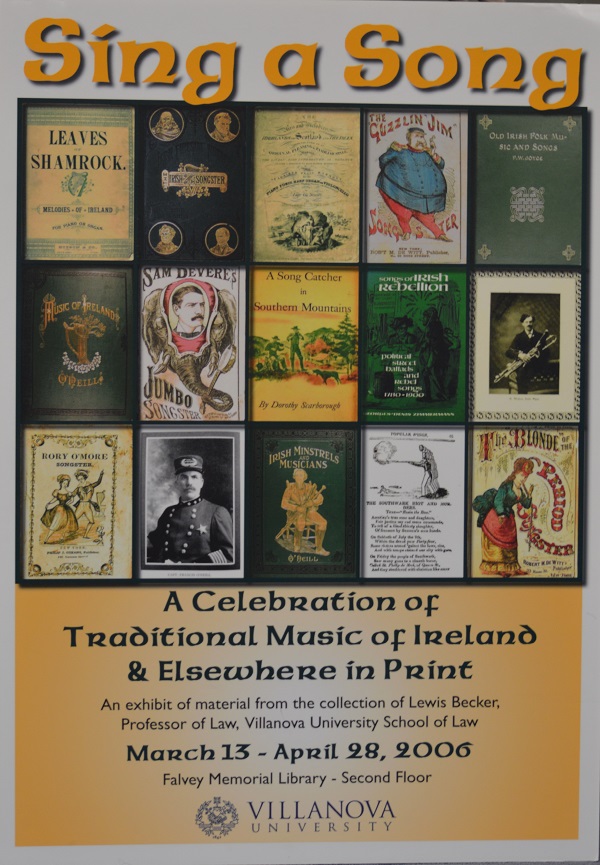 Lewis Becker, LL.B., professor emeritus in the Villanova School of Law, passed away on June 12. Prof. Becker was an avid collector of traditional Irish and other music in print and a friend of Falvey Memorial Library. He generously shared part of his collection with Falvey for an exhibit, “Sing a Song:  A Celebration of Traditional Music of Ireland and Elsewhere in Print,” held March 13 through April 27, 2006. “Sing a Song” is now online in the new Archives Library exhibits page.

Becker began collecting after hearing a televised concert of the Clancy Brothers in the late 1950s and he amassed an impressive collection. On March 13, 2006, he hosted a preview of “Sing a Song:  A Celebration of Traditional Music of Ireland and Elsewhere in Print” and explained how he began collecting.

Maureen McKew said, “The Becker exhibit illustrates high points in the history of the collection and transmission of traditional and popular music. … Of particular interest to Villanovans are a broadside and a songster containing songs which grew out of the virulently anti-Irish, nativist riots in Philadelphia which resulted in the burning of St. Augustine’s Church and the subsequent growth of Villanova College.” (Compass, Vol. II, Issue 3)