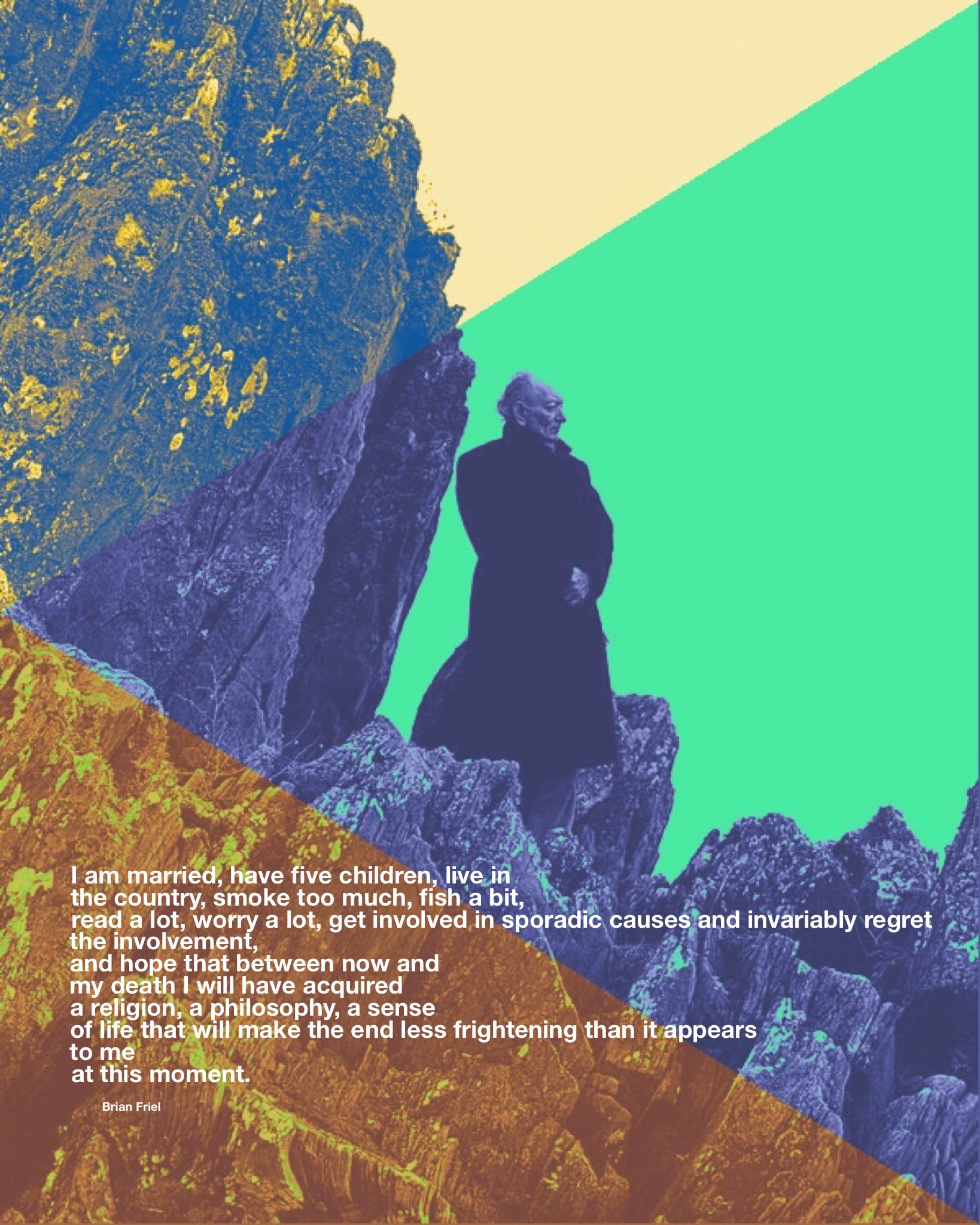 Acclaimed as the “finest Irish dramatist of his generation” playwright Brian Friel passed away last week at the age of 86. Called a ‘great theatrical explorer’ by Guardian theatre critic Michael Billington, Friel was best known for the plays Philadelphia, Here I Come, about a young man about to leave his Irish country home for a new life in the States, and Dancing at Lughnasa, a story of five struggling unmarried sisters, which won three Tonys and was adapted in a film starring Meryl Streep.

Always one to scoff at critical opinion – favorable or not – and avoid interviews, Friel famously once mock-conducted a Q&A with himself for BBC Radio, skewering reporters’ go-to talking points, “chestnuts” and star-making machinery in general:

When did you know, Mr. Friel, that you were going to be a writer?
The answer is, I have no idea.
What other writers influenced you most strongly?
I have no idea.
Which of your plays, Mr. Friel, is your favorite?
None of them.
Which of your stories?
Most of them embarrass me.
Do you think, Mr. Friel, that the atmosphere in Ireland is hostile or friendly to the artist?
Uh, I’m thinking of my lunch.
Do you see any relationship between dwindling theatrical audiences all over the world and the fragmentation of what we might call the theatrical thrust into disparate movements like theatre of cruelty, tactile theatre, nude theatre, theater of despair, etc., etc., or would you say, Mr. Friel, that the influence of Heidegger is only beginning to be felt in the drama and that Beckett and Pinter are John the Baptists of the great new movement?
Well, in answer to that, I’d say that – I’d say that I’m a middle-aged man and that I tire easily and that I’d like to go out for a walk now; so please go away and leave me alone.

A native of Northern Ireland, Friel was also greatly engrossed in Irish politics and the ‘troubles’ – cultural provocations explored in another famous work, Translations, written in 1980, the height of the violence in the North. This play  features a line that articulates the underlying theme to much of his work, that “it is not the literal past, the ‘facts’ of history that shape us, but images of the past embodied in language.”
Something to look forward to: Friel’s Translations will be staged at Villanova Theatre on April 12-24, 2016.

Sarah Wingo, research librarian for English and Theatre, has provided links for learning more about this provocative playwright:

Obit from the Guardian

Drama On One: Playwrights In Profile – Brian Friel

The Cambridge companion to Brian Friel

Other works by and about Friel in Villanova’s collection

Links and info on Translations the play by Friel that Villanova will be doing in April:

RTÉ ‘Rattlebag’: 25th anniversary of Brian Friel’s ‘Translations’: https://youtu.be/8aUROE43IlM (this is the play that Villanova is doing)