Arthur Cola: The Silent Chime of the Bell, Immigrants, Riots and Old St. Augustine. 4:00 p.m. in room 204. Author, Arthur Cola will discuss his new book, Pure and Tarnished Hearts. Copies of Cola’s book will be available for purchase and signing after the talk. Light refreshments will be served. Questions? Contact: laura.matthews@villanova.edu 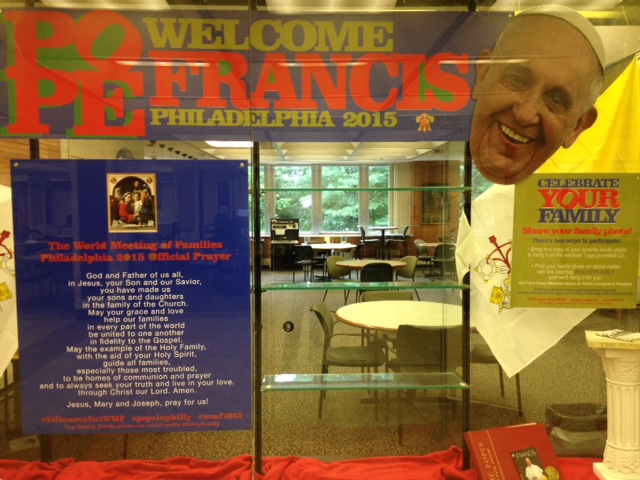 In celebration of World Meeting of Families 2015 and Pope Francis’ visit to Philadelphia Falvey Memorial Library invites you to celebrate your family by sharing a family photo. There are two ways to participate. 1.) Bring in a copy of your favorite family photo and hang it on the library display window. 2.) Post your family photo on Twitter, Facebook, or Instagram with the hashtag #falveyfamily and we’ll hang it for you. Please note, submission of a photo implies your permission to use images on library social media accounts, displays, and publications. Provide copies and not originals as photos displayed will not be returned.

If you would like the opportunity to take home the large sign of our Pope Francis display as a commemorative souvenir of the 2015 World Meeting of Families, please fill out a ticket with your name and contact email (available near the display). For a second entry, enter a family photo to be included in our display. (For remote participants, hashtag your photo #falveyfamily.) The random drawing will be held in November, when the display is dismantled. 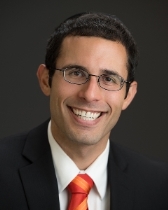 The Library houses a Cave Automatic Virtual Environment that allows participants to become virtually immersed in a setting in which they can move about as though they were in the actual setting. 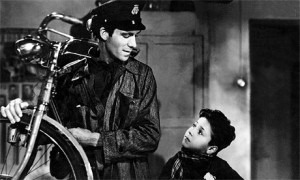 Isn’t this great weather for riding bikes? Cool, dry, breezy and not a cloud in the sky. If you’re not a bicyclist, then consider watching the critically acclaimed film, The Bicycle Thieves (or Ladri di biciclette). Adapted from the novel by Luigi Bartolini, the film is a classic example of Italian neorealism and has been touted as the greatest film of all time by a Sight & Sound magazine poll. The Guardian review of the film summarizes it best:

“Antonio (Lamberto Maggiorani) is a poor man who is thrilled when he is at last offered a job: delivering and putting up movie posters. But he needs a bicycle, and must supply his own, so his wife Maria (Lianella Carelli) pawns the family’s entire stock of bed linen to redeem the bicycle he had already hocked. On his first day at work, the unlocked machine is stolen and Antonio drops everything to go on a desperate odyssey through the streets of Rome with his little boy Bruno (Enzo Staiola) to get his bike back, pleading and accusing and uncovering scenes of poverty similar to theirs wherever they go.”

On this day in 2004, Gary Bettman announced the infamous NHL lockout that led to the cancellation of an entire hockey season. Good thing we don’t have to worry about that this year! The Philadelphia Flyers start off their season in a few short weeks against the Tampa Bay Lightning. Will you be watching? Hockey is a great backdrop for midterm studying!

“The highest compliment that you can pay me is to say that I work hard every day, that I never dog it.” – Wayne Gretzky