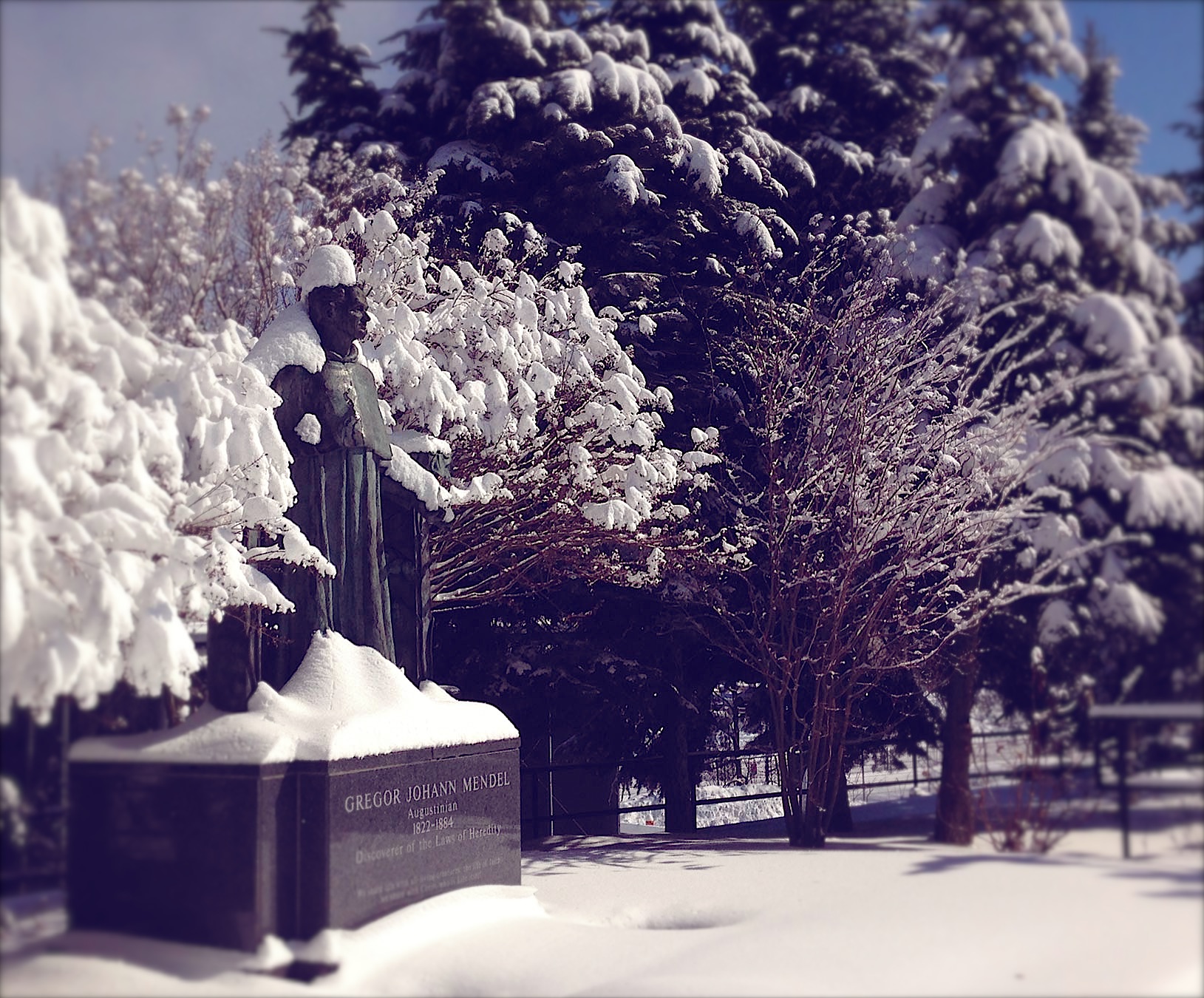 Austrian scientist and Augustinian monk Gregor Mendel used peas which he called “Pisum saccharatum” in his famous experiments demonstrating the heritable nature of specific traits, though this may not refer to the same varieties identified with modern snow pea. But no matter – we’re optimistic. Spring Break is over and soon the snow will melt, allowing us to soon break ground and plant any variety of anything that we wish.

Photo is of the sculpture of Gregor Mendel on Villanova’s campus and is the work of James Peniston of Philadelphia, PA. Commissioned in 1998, it was inspired by the original Mendel monument in Brno, (in the present day Czech Republic). The statue was officially unveiled on October 2, 1910 in the square before St. Thomas Monastery, which was renamed Mendel Square.