We are in the depths of winter in the Northeastern U.S., so now seems like a good time to recall my summer vacation.

Last June, I finished the digitization and description of a two-volume set of scrapbooks kept by one Frank R. Steed, an Army Field Clerk in the American Expeditionary Forces stationed in Paris during the end of World War I. After spending so much time going through the scrapbooks, I felt some fondness for Steed, who arrived in France only two months before the end of the war and stayed until November 1919. His scrapbooks contain memos and other documents relating to his military service, but the majority of items relate to his leisure activities, which included attending dances, seeing numerous theatre productions, and taking plenty of photographs of the cities he visited, including Paris.

On June 30, I left for a three-week vacation in Paris. Before leaving the library, I did what any normal person would do when setting off on an exciting adventure (and much-needed break): I took some work with me. This assignment was entirely self-imposed, however, and it precisely fit my idea of a good time. I took some photos of Steed’s Paris photos to carry around with me on my phone while I wandered around Paris and attempted to recreate some of the scenes, 94 years after Steed was there. 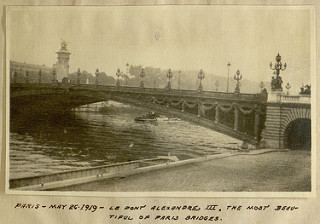 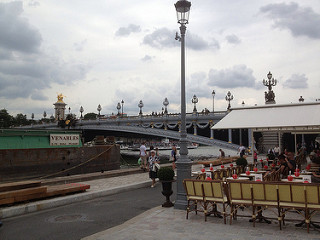 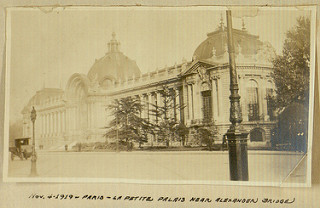 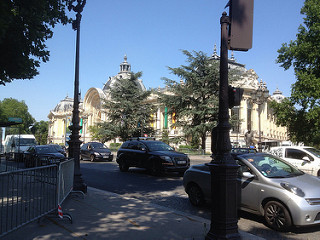 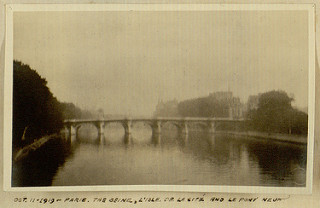 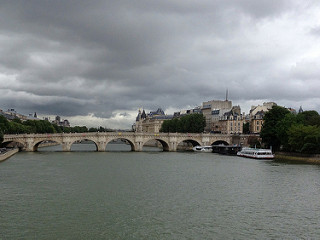 Steed was in Paris in May of 1919 and again in the fall of that year. Steed’s Paris photographs can be found throughout pages 11 to 18 in volume 1. Other items of Parisian interest are an identification card indicating that Steed was on duty with the military police in Paris in October 1919, a Red Cross map of Paris, and Miniature Paris, a diminutive booklet featuring sketches of famous sites.