Welcome Back, Brood X Cicadas—Looking Back to Past Emergences 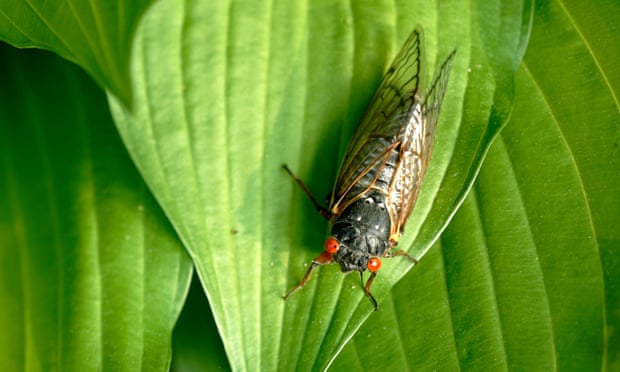 A Brood X cicada in Washington DC in May 2004. Photograph: Jim Lo Scalzo/EPA.

The television show Friends and Bennifer (the moniker used to refer to Jennifer Lopez and Ben Affleck’s relationship) aren’t the only things returning after 17 years.

The Brood X-cicadas, also known as the Great Eastern Brood, are reemerging on the east coast after spending almost two decades underground. Look for these crimson-eyed insects in a geographical range stretching from Tennessee to New York. Once above ground, “the male cicadas will emit a mating song by flexing a drumlike organ called a tymbal.” While the chorus of singing cicadas (imagine a very loud buzz, buzz, buzzzzz!) can be somewhat distracting, the concert won’t last long as the insects die four to six weeks after emerging.

Although the bugs are 1-2 inches in length, they are harmless to humans and animals. Brood X is also typically harmless to gardens, too.

“There’s very little evidence that cicadas do any damage at all. Bugs will quickly move to the trees where they mate and lay eggs,” said Paula Shrewsbury, Associate Professor in the University of Maryland’s Department of Entomology. “Cicadas can benefit gardens. When the insects emerge from the soil, they create holes that increase aeration and water penetration. Over the cicada life cycle, exoskeletons and dying adults will fall to the ground, breaking down into organic matter and nutrients that feed the soil.” Refrain from using insecticides and leave Brood X exoskeletons and bodies where they are. For additional information on the cicadas, visit the library website.

The last time Brood X emerged, the world looked a bit different from today. We take a look at U.S. highlights from the year 2004, then milestones from Villanova history each time the cicadas returned, all of the way back to 1885! 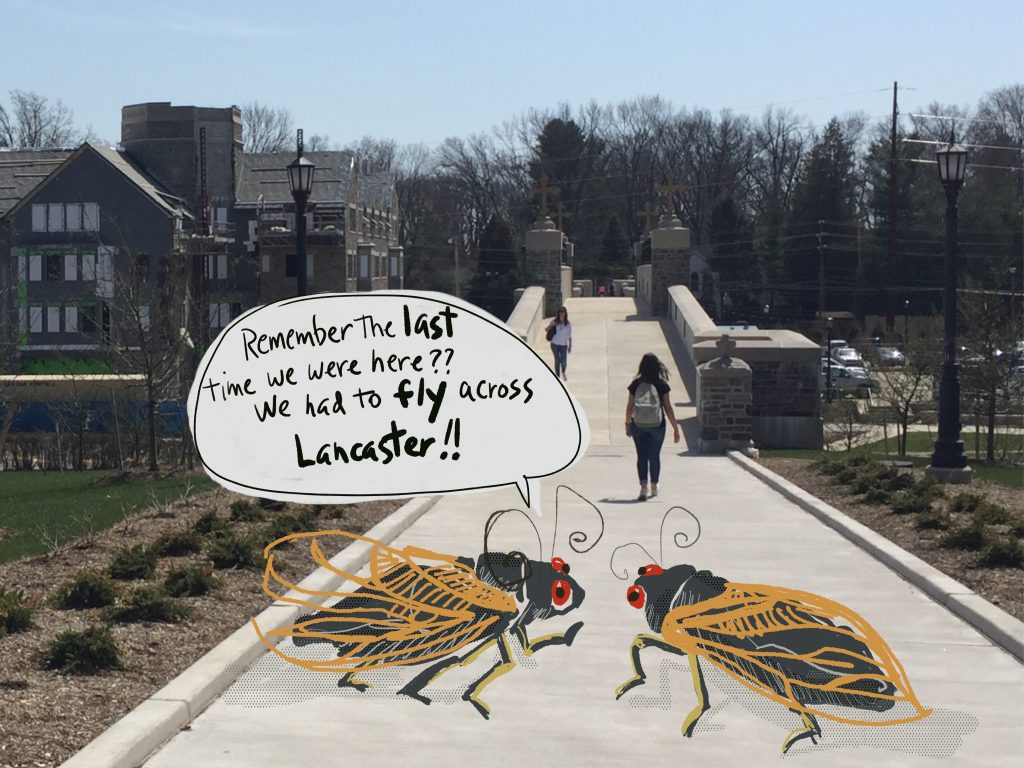 Here’s a cicada-eyed view of Villanova history, capturing the many changes of the University every 17-year cycle back to the 19th century. 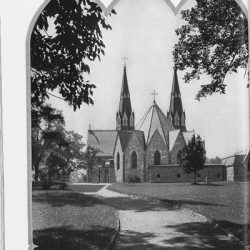 A view of the St. Thomas of Villanova Church from a 1929 Belle Air yearbook.