“If it’s not entertaining, why the hell are we doing it? Make’m laugh. Make’m cry. Make’m call their senator. But by any means necessary. Make’m do something. Can’t change anybody’s mind if they’re asleep.” – James Ijames, Playwright and Director

Opening weekend, I had the opportunity to attend Villanova Theatre’s first show of the season, WHITE, in the new John and Joan Mullen Center for the Performing Arts. The center is an 85,000-square-foot space for performances, featuring three performance spaces. WHITE took place in the Court Theatre, an open format, 200-seat theater that features flexible seating, a balcony, and technologically advanced lighting and sound equipment.

I had the opportunity to explore the new space before and after the performance. In addition, everyone in attendance Friday night was invited to a reception following the show on the third-floor Belle Masque rooftop terrace. The rooftop terrace allowed guests to flow from outside to inside easily and take in what was a beautiful evening.

The show itself was captivating and entertaining, while simultaneously challenging, as it forced the audience to re-evaluate their own implicit (or explicit) biases. The small cast kept the audience engaged throughout the 90 minutes, and the whole auditorium rose to their feet in applause following the final scene.

Learn more about the show below.

SYNOPSIS (Drawn from the Educational Guide below)

With a premise equal parts playful, prescient, and preposterous, art imitates life (or is it the other way around?) in James Ijames’ comedy WHITE. Gus is an artist. Vanessa is an actress. When a major museum seeks to showcase diverse voices in their next exhibition, Gus enlists Vanessa’s help to create an audacious new artistic persona to get him in the show. This contemporary Frankenstein story gleefully skewers the modern monstrosities of racism, misogyny, and cultural appropriation, all the while “subverting expectations, cracking wise, and opening eyes” (DC Metro).

WHITE: BASED ON A TRUE STORY

The plot of White is inspired by a true story that took place in the Whitney Museum of American Art in New York City. In 2014, the museum invited three outside curators—Anthony Elms (Associate Curator at the Institute of Contemporary Art, Philadelphia), Michelle Grabner (Artist and Professor in the Painting and Drawing Department at the School of the Art Institute, Chicago), and Stuart Comer (Chief Curator of Media and Performance Art at MoMA)—to each curate one floor of the exhibition from their varied perspectives and methodologies.

Chief Curator and Deputy Director for Programs at the Whitney, Donna De Salvo, touted the exhibition’s offerings as, “one of the broadest and most diverse takes on art in the United States that the Whitney has offered in many years.” However, of the 103 invited participants, just nine were black. Of those nine artists, one, Donelle Woolford, a 37-year-old woman from Conyers Georgia, was actually the fabrication of a white man, 52-year-old artist Joe Scanlan. This brought the total of black female artists in the biennial down to one. Read the full story in the education guide found here.

The show is put forth as a contemporary Frankenstein story. Borrow Frankenstein by Mary Shelley from Falvey’s collection.

Get your tickets to WHITE today! The show will be playing through Oct. 3.

James is the 2011 F. Otto Haas Award for an Emerging Artist recipient, and he has two Barrymore Awards for Outstanding Supporting Actor in a Play for Superior Donuts and Angels in America and two Barrymore Awards for Outstanding Direction of a Play for The Brothers Size with Simpatico Theatre Company and Gem of the Ocean with Arden Theatre. James is a 2015 Pew Fellow for Playwriting, the 2015 winner of the Terrance McNally New Play Award for WHITE, the 2015 Kesselring Honorable Mention Prize winner for ….Miz Martha, a 2017 recipient of the Whiting Award, a 2019 Kesselring Prize for Kill Move Paradise and a 2020 Steinberg Prize.

The Return of Broadway 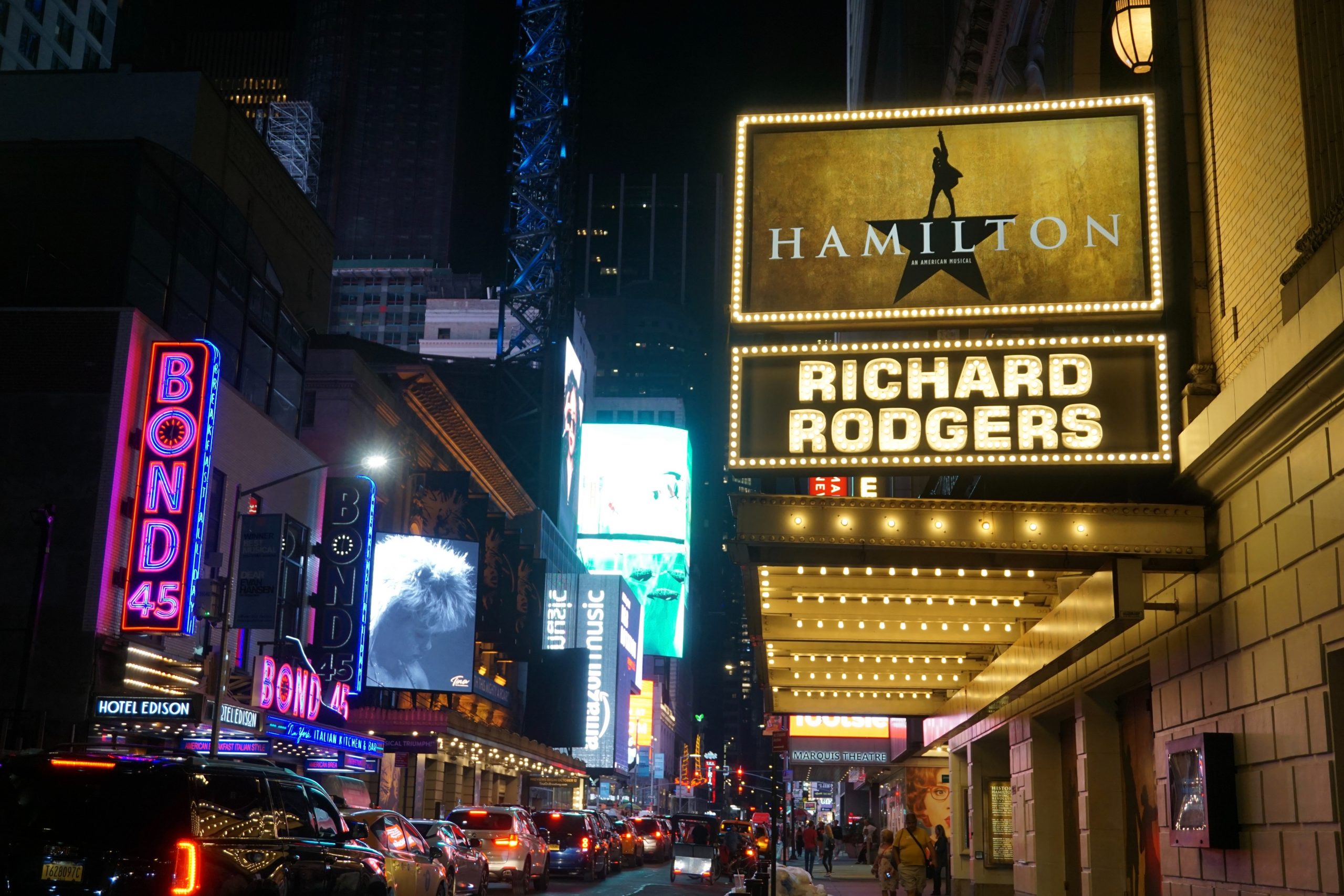 It goes without saying that just about every industry, from retail to restaurant, has been devastated by the COVID-19 Pandemic. With regard to the arts, some film studios were able to make use of in-home movie releases, while musicians occasionally put on socially-distanced concerts. Although those in the theatre industry have managed to put together stunning virtual performances, the traditionally in-person nature of theatre has made the pandemic especially tough on this branch of fine arts. 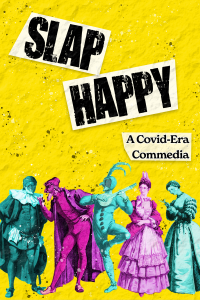 Villanova knows this well, as our theatre program was forced to go virtual for the 2020-2021 season. The success of Slaphappy: A Covid-Era Commedia proved the arts are incredibly resilient, but I have no doubt that everyone is looking forward to the upcoming in-person performances.

I think we all need to hear some good news every once in a while, which is why I want to call your attention to this week’s Broadway performances. After a long 18 months of silence, Broadway’s biggest musicals are finally back! On Sept. 14, The Lion King, Wicked, Hamilton, and Chicago all made their pandemic debuts.

It’s worth noting that these are not the first Broadway performances since the pandemic shut down all 41 Broadway theatres on March 12, 2020. The musicals Waitress and Hadestown have been putting on shows for over a week, and there were even showings of Springsteen on Broadway as well as Pass Over earlier this summer. Nonetheless, the return of Broadway’s box office juggernauts is a huge step forward for the theatre industry as it slowly recovers from the financial havoc COVID-19 wreaked.

It is mandatory that all who attend these Broadway performances are fully vaccinated and remain masked throughout the entire show. With these restrictions, the theatres will be operating at full capacity.

Falvey Library provides Villanovans with access to a wide array of resources related to theatre. With the help of our subject guide, I encourage you to check out some of the provided content, including films of contemporary stage performances.

“Merrily We Roll Along:” a perfect end to the Vasey era

Note: All events at Villanova are canceled, including the performances of Merrily We Roll Along, the exhibition talk, and Little (Reference) Desk Concert.

I’m Daniella Snyder, a graduate student at Villanova University, and your ‘Cat in Falvey Library’s Stacks. I’ll be posting about academics–from research to study habits and everything in between–and how the Falvey Library can play a large role in your success here on campus!
Villanova Theatre is proud to present Merrily We Roll Along, the last show of the 2019-2020 season, directed by Valerie Joyce, from March 17-29. This production will also serve as the last production in Vasey Theatre (home to Villanova Theatre for nearly 60 years) before moving to the brand-new Center for Performing Arts on the opposite side of Lancaster Avenue for the 2020-2021 Season.
Sondheim and Furth’s witty and wistful fable about friendship, compromise, and the price of success follows three idealistic artists whose lives pull them in unexpected directions. Featuring beloved songs like “Not a Day Goes By,” “Good Thing Going,” and “Our Time,” this groundbreaking musical starts at the end and ends at the beginning, following the aspirations, trials, and tribulations of this starry-eyed trio.
At the helm of this production is director Valerie Joyce, who also serves as Theatre Department Chairperson. As an alumna of Villanova’s MA in Theatre program, it is fitting that she serves as director of the final show in Vasey Theatre, having also worked as a performer and costume designer on its stage for many years.
Dr. Joyce holds Vasey Theatre dear to her heart, saying, “We thought for a long time about a fitting way to say goodbye to Vasey Theatre. Merrily fits the bill in many ways, as a challenging Sondheim score and a perfect vehicle for the actors in our program. But the story also resonates for those of us who went through the MA program and worked on this stage for over forty years. As we follow the three friends back in time to their starry-eyed youth with big dreams of the future, I am reminded of the people I’ve encountered in Vasey who have taught me, shaped our productions, and brought joy to so many audiences. I’m grateful for the opportunity to bring one more show to Vasey’s stage and for this story’s beautiful tribute to friendship and the art of making art.”
The three friends who dream, connect, and find themselves estranged over the years—Frank, Charley, and Mary—are played by second-year graduate students Jay V. Kimberley, Ethan Mitchell, and Angela Rose Longo, respectively. Additional graduate students rounding out the dynamic cast include Jerald Bennett as Joe, Cristy Chory as Gussie, Alexandra Mitchell as Beth, and Amy Abrigo, David Burgess, Harry Dietrich, Tina Lynch, Lora Margerum, Rachel McFatridge, Sharese Salters, Kirsten Sughrue and Kale Thompson in the heavily featured ensemble. The production will also feature nine-year-old Charlie Carroccio as Franklin Shepard, Jr.
Falvey Memorial Library has a long-standing relationship with Villanova Theatre. This coming Friday, the Library will be hosting cast members of the musical for a brief concert at the Access Services Desk at 12:30 p.m., as they preview some of the exciting numbers from this new production.
Merrily We Roll Along runs at Villanova Theatre in Vasey Hall from March 17-29. Vasey Hall is located on Villanova’s main campus at the intersection of Lancaster and Ithan Avenues. Performances will be held Tuesdays-Saturdays at 8 p.m. and Sundays at 2 p.m. Tickets run $21-$25, with discounts available for seniors, students, MA in Theatre alumni and groups. Tickets may be purchased at the Villanova Theatre Box Office (M-S, 12-5 pm) in person, by phone: 610-519-7474, or online at www.villanovatheatre.org.

Daniella Snyder is a graduate student in the English department and a graduate assistant for Falvey Memorial Library. Snyder is excited to review her final theatre production, Merrily We Roll Along, one of many productions she’s written about during her time at Villanova.

Villanova Now Has Access to the Full Drama Online Collection

Villanova now has access to the full Drama Online collection, and an access link can be found in Databases A-Z.  Once logged in, Drama Online includes full texts of plays from across the history of the theatre, ranging from Aeschylus to the present day. It also includes non-English-language works in translation, scholarly and critical editions, first night program texts, and critical analysis and contextual information. Critical interpretations, theatre history surveys and major reference works on authors, movements, practitioners, periods, and genres are included alongside performance and practitioner texts, acting, and backstage guides. 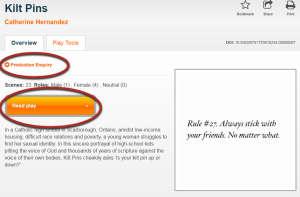 Each play in the collection includes the either the full script or sound recording of the play and a production enquiry, which gives helpful information on who to contact to get performance rights for the play.

Many plays also include useful tools, like a Character Grid that can be used to see only the lines of a given character.

In addition to the Core Collection (www.dramaonlinelibrary.com) our subscription includes full access to the following individual collections housed within Drama Online.

All of the collections listed below can be accessed through Drama Online. They have been provided here with links to detailed descriptions of their contents if you wish to further explore: