Since we are nearing the end of summer and preparing to enter the spooky season, what better way to start the transition than with a good horror book? To help continue the celebration of famous dogs from literature, I want to focus on a fearsome canine from a darker type of book: Stephen King’s Cujo. This once-friendly St. Bernard turned vicious animal is famous for terrifying children and adults alike. The name “Cujo” itself elicits fear and endures as an everlasting part of pop culture. 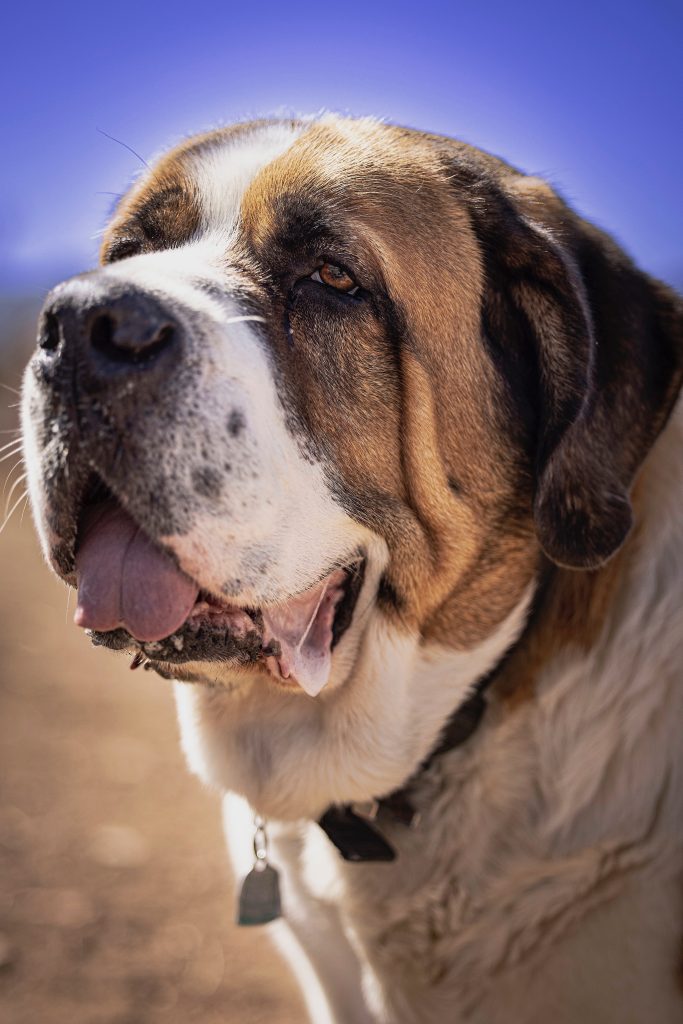 Cujo was released in September of 1981. The book is centered on the story of two families in the small fictional town of Castle Rock, Maine, which is a location often featured as a setting in many of King’s works.

Cujo is a member of the Camber family—longtime residents who live on the outskirts of the town. Charity, a homemaker, and Joe, a mechanic, are married and have one young son named Brett. At the beginning of the novel, Cujo is their large, congenial, and obedient St. Bernard.

We learn that Joe is an angry alcoholic who is abusive to his wife and son. Charity would like to leave Joe, but she isn’t financially able to do so. She is, however, the recent winner of a $5000 lottery (minus taxes) and in exchange for buying her husband some equipment with her winnings, she’s able to bargain herself a trip to see her sister Holly in a different state, accompanied by Brett. Joe is left alone with Cujo as he works on cars in his garage.

On the other side of Castle Rock, lives the Trenton family, new residents from another state. We meet Vic, an ad executive, his wife Donna, and their small son Tad. Vic is having some troubles at work and is on the verge of losing a big account and Donna is lonely and she reveals that she’s been unfaithful to her husband. Tad struggles with nightmares, and imagines a ferocious dog-like monster in his closet every night.

While everyone is dealing with the traumas in their own lives, the Camber’s dog Cujo goes off on an adventure and follows a rabbit down a hole and in the process gets bit on the muzzle by a rabid bat. Over the course of the next few days, Cujo’s personality completely transforms as the disease progresses. Slowly, he becomes unhinged and vicious to everyone he comes across, including his owner, Joe Camber. In a fit of rage, he mauls Joe to death and roams the empty property.

Around this time, Vic goes on a business trip, leaving Donna and Tad at home. Donna was experiencing car trouble and decides to visit the Camber residence for help. She barely makes it to the Camber’s when she receives a surprise greeting from Cujo, who at this point is deadly and grotesque, fully taken over by rabies. With Joe Camber dead, Charity and Brett on a trip, Vic out of town, and no one for miles, she is utterly trapped in her car with her son.  Donna is forced to take up the fight of her life to figure out how she and Tad can escape the wrath of Cujo.

You’re going to have to check out the book for the ending!

At the beginning of the novel, Cujo starts off with a warm, pleasant, and playfully-curious demeanor. This is typical of most St. Bernard dogs. They are well-loved, often portrayed in books and films as family dogs, like in the popular 90’s movie, Beethoven as well as the Disney animated film, Peter Pan.

“The Dogs of St. Bernard” The Christian Recorder

Regina Duffy is a Communication and Marketing Program Manager. Her favorite dog is the loveable and ever-faithful Golden Retriever.