Word of the Week: Nudiustertian

(adj) of or relating to the day before yesterday

Maybe you’re thinking to yourself “Why wouldn’t I just say the day before yesterday or the name of the day?” And that’s a valid point. But if you want to impress your friends and family with your extensive vocabulary, throw nudiustertian into conversation.

For example, “I really should have done more studying nudiustertian morning for my upcoming finals.”

18 years ago today the World War II monument opened in Washington D.C. providing recognition of the 16 million U.S. men and women who served in the war.

The monument was formally dedicated by US President George W. Bush, although the memorial was inspired decades earlier by veteran Roger Durbin. Durbin served under Gen. George S. Patton and in February 1987 he asked US Rep Marcy Kaptur why there was no memorial on the National Mall to honor World War II veterans. Kaptur then introduced legislation to build one, initiating the 17-year journey until it opened.

The World War II monument is my favorite memorial in Washington D.C. In high school, I spent part of one summer exploring Washington D.C. and taking a writing seminar. As part of the seminar, we had to choose a monument to visit, reflect on, and then write about. I have always taken an interest in World War II, in part due to my Jewish heritage and the atrocities my Great Aunt lived through as a young girl in Romania during the Holocaust. When it came time to choose a monument, I was immediately drawn to the World War II monument.

What has always struck me about the World War II monument is all the symbolism and how each detail and piece represented something about the war and the many lives lost. From representing the war in Europe to the war in the Pacific to the hundreds of thousands of American lives lost, the monument produces a sobering effect. Read this article from the National Park Service talking about the various aspects of the monument to learn more.

Read more about the monument’s opening from History.com. 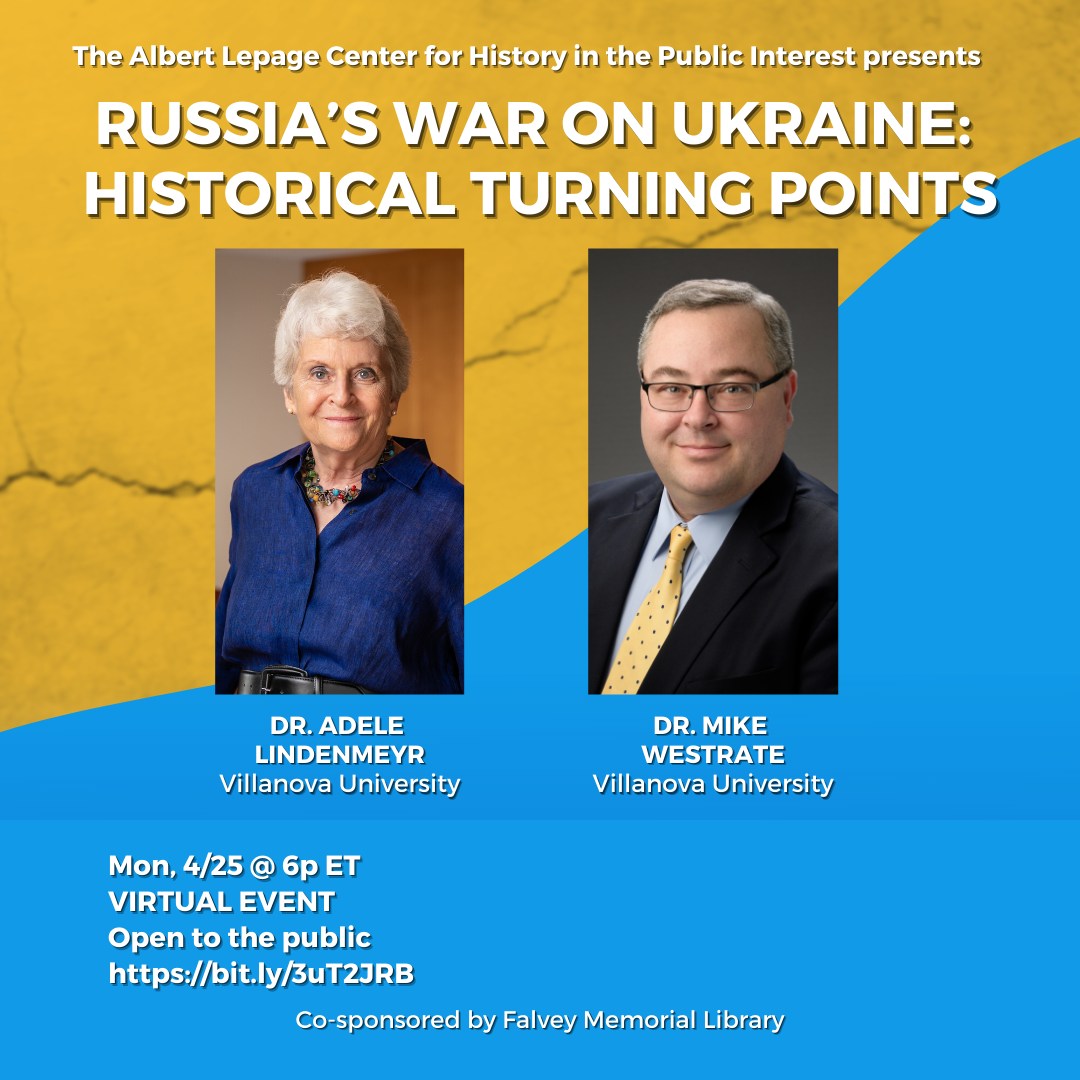 What were the turning points that led to Russia’s current war on Ukraine and its people? Join us for a discussion of the Ukrainian-Russian relationship, including: the Holodomor, WWII and its aftermath, the collapse of the Soviet Union, the Budapest Memorandum, the Russian war on Georgia, and the illegal annexation of Crimea.