Happy Friday, Wildcats! After a year off, Falvey Memorial Library is bringing back Weekend Recs, a blog dedicated to filling you in on what to read, listen to, and watch over the weekend. Jenna, a graduate assistant from the Communication department, scours the internet, peruses the news, and digs through book stacks to find new, relevant, and thought-provoking content that will challenge you and prepare you for the upcoming week.

Valentine’s Day is here and whether you’re celebrating this year with your friends, family, or a significant other, we have a variety of weekend recs to make the holiday special! This week we cover everything from diving into the archives to fine dining and theatre. Check it out below, whether you have 2 minutes or an entire evening.

If you have 2 minutes… read Anna Jankowski’s TBT this week, where she dove into the digital library and found Valentine’s Day themed content.

If you have an evening… visit The Refectory for dinner and drinks. They have a special Valentine’s Day menu this Friday, Saturday, and Monday, so make your reservation today! The perfect date night option without having to venture too far from campus.

If you have a sweet tooth & a couple hours… make one of these 57 Valentine’s Day Dessert Recipes from Brit + Co. If you do, make sure you tag Falvey so we can see your creations!

If you have 1 hour and 37 minutes… get together with your Galentines and watch the coming-of-age 90s classic comedy, Clueless, currently available on HBO Max. Check out this list of the 30 Best Galentine’s Day Movies for You and Your Bestie to Enjoy for more movie recs.

If you have 2 hours… go on a date to the theatre – the Villanova Theatre. This week marks opening weekend of Villanova Theatre’s newest show, The Revolutionists. Click here to learn more and purchase tickets.

Peek at the Week: November 22

In lieu of a word of the week, we’re sharing an easy Thanksgiving recipe that you can try out this holiday season! For students (and just busy people), it can be difficult to find time to contribute to Thanksgiving, but you also don’t want to show up empty-handed. This recipe from Cookies & Cups by Shelley Jaronsky offers an easy solution!

The following Thanksgiving information comes directly from History.com’s “This Week in History” post.

The tradition of celebrating the holiday on Thursday dates back to the early history of the Plymouth and Massachusetts Bay colonies, when post-harvest holidays were celebrated on the weekday regularly set aside as “Lecture Day,” a midweek church meeting where topical sermons were presented. A famous Thanksgiving observance occurred in the autumn of 1621, when Plymouth governor William Bradford invited local members of the Wampanoag tribe to join the Pilgrims in a festival held in gratitude for the bounty of the season.

Thanksgiving became an annual custom throughout New England in the 17th century, and in 1777 the Continental Congress declared the first national American Thanksgiving following the Patriot victory at Saratoga. In 1789, President George Washington became the first president to proclaim a Thanksgiving holiday, when, at the request of Congress, he proclaimed November 26, a Thursday, as a day of national thanksgiving for the U.S. Constitution. However, it was not until 1863, when President Abraham Lincoln declared Thanksgiving to officially fall on the last Thursday of November, that the modern holiday was celebrated nationally.

With a few deviations, Lincoln’s precedent was followed annually by every subsequent president—until 1939. In 1939, Franklin D. Roosevelt departed from tradition by declaring November 23, the next to last Thursday that year, as Thanksgiving Day. Considerable controversy surrounded this deviation, and some Americans refused to honor Roosevelt’s declaration. For the next two years, Roosevelt repeated the unpopular proclamation, but on November 26, 1941, he admitted his mistake and signed a bill into law officially making the fourth Thursday in November the national holiday of Thanksgiving Day.” 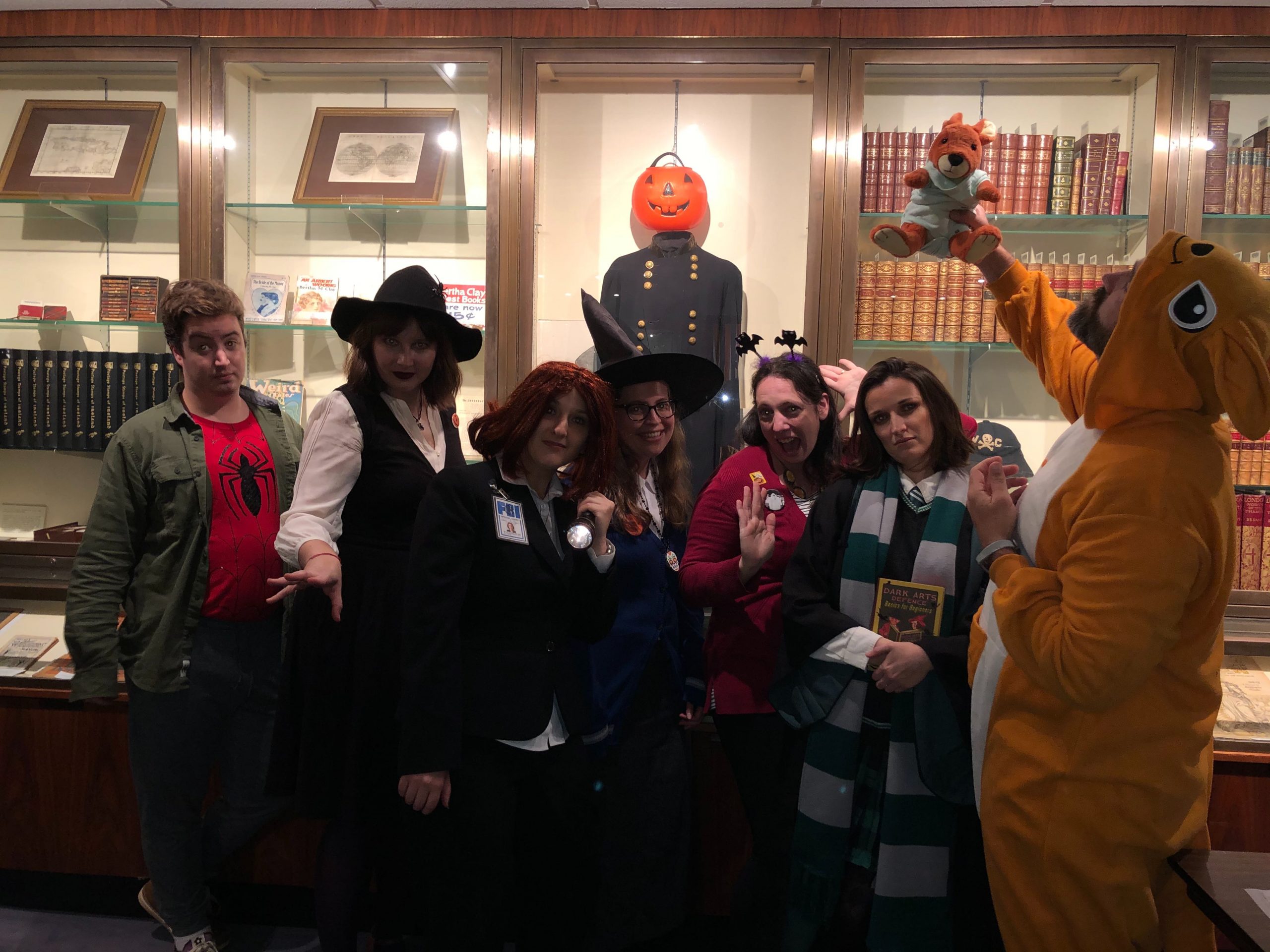 Reminiscing on Halloweens past and brainstorming ideas for this blog, I decided to alter a recipe I stumbled upon a few weeks ago. The original recipe was a white layer cake featured in the Prize Cook Book, part of the John Regan Five Cent Pamphlets (no. 4) Dime Novel Collection. Listing multiple fillings for the layer cake including caramel, maple sugar, apple, and chocolate, I chose to simplify the recipe and add the maple sugar filling to cinnamon rolls. Mixing a few drops of orange food coloring to the packaged frosting, I crafted a simple and tasty autumnal treat!

Below are a few images of the Prize Cook Book if you’d like to explore the cake fillings. The entire cook book is available for reading in the Villanova University Digital Library. 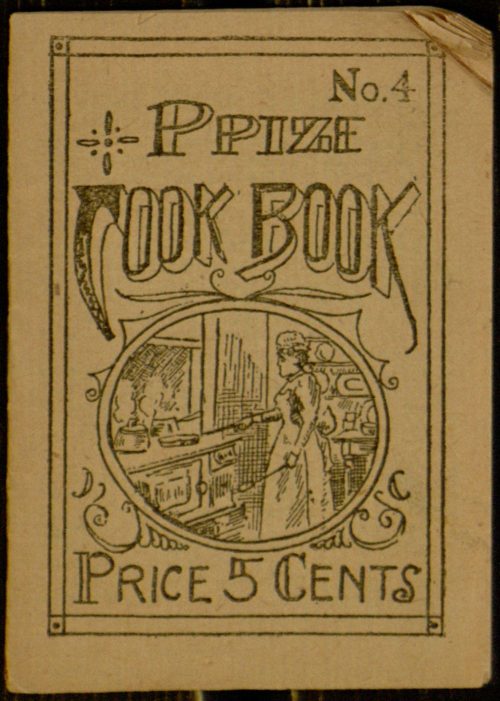 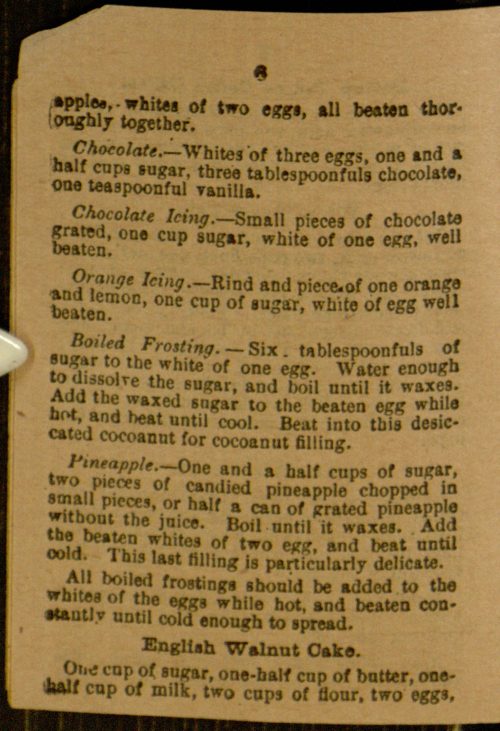 The recipe I used for this blog is featured in the second image above. Here are the original instructions for the maple sugar filling:

I altered the recipe using cinnamon rolls instead of layer cake:

Check out the finished product below. View the full cooking tutorial here. 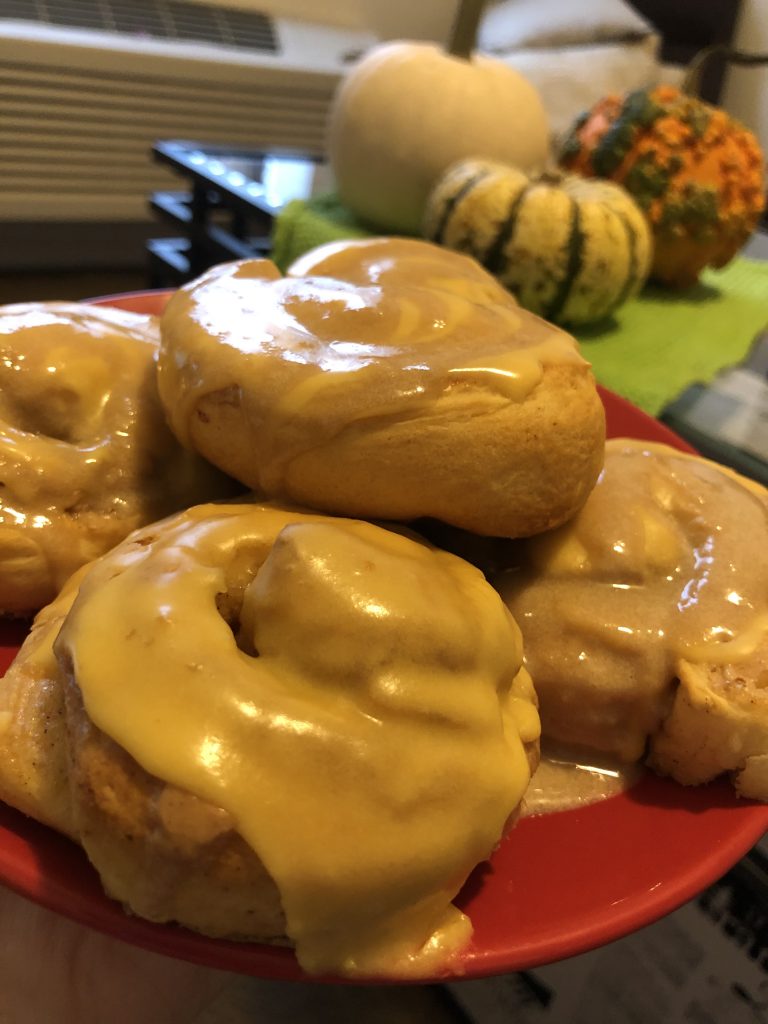 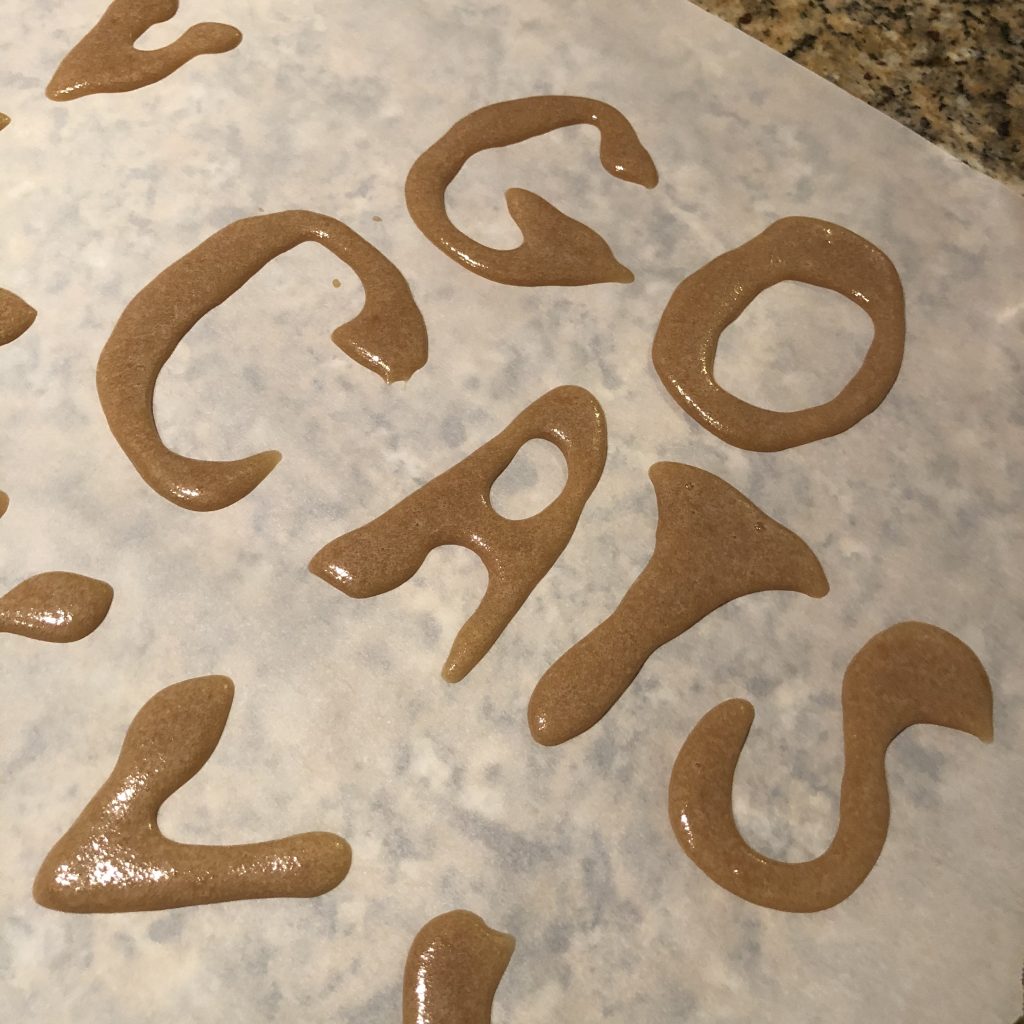 Interested in Dime Novels? Explore Dime Novels and Popular Literature in the Digital Library. Save the date for Papers for the People: Dime Novel Symposium on on Wednesday, Nov, 4, and Thursday, Nov. 5, from 7:30-9:30 p.m. EST. The virtual event, hosted by Northern Illinois University and Villanova University, will feature panel discussions with notable and upcoming dime novel scholars. These conversations will focus on how dime novels can be used in the classroom and will offer regional educators, academics, and students at the graduate and undergraduate level the opportunity to learn about and discuss dime novels directly with experts in the field. Participation is free. Register here.

While this Halloween will be different at Falvey Memorial Library and Villanova University, there will still be plenty of socially distanced activities for this “Halloweekend” on campus! Hopefully the featured recipes will inspire some quarantine cooking for Halloween and the cooler months ahead. Thank you all for your dedication to the Caritas Commitment. Be well, ‘Cats!

To access Natural Standard, start at the library’s homepage: http://library.villanova.edu
Click Databases A-Z and choose Natural Standard.
At the top of the page, click Tools, then Recipe Finder.

Have a journal article citation? Find the full text in a snap!

You’ve noted a reference in the bibliography of an article , and you’d like to get the full text, preferably for free.  Drop in Driscoll 305 anytime between 11:30 and 1:30 on April 11 or April 16, and Barbara will show you how.