Cat in the Stax: A Game of Chess 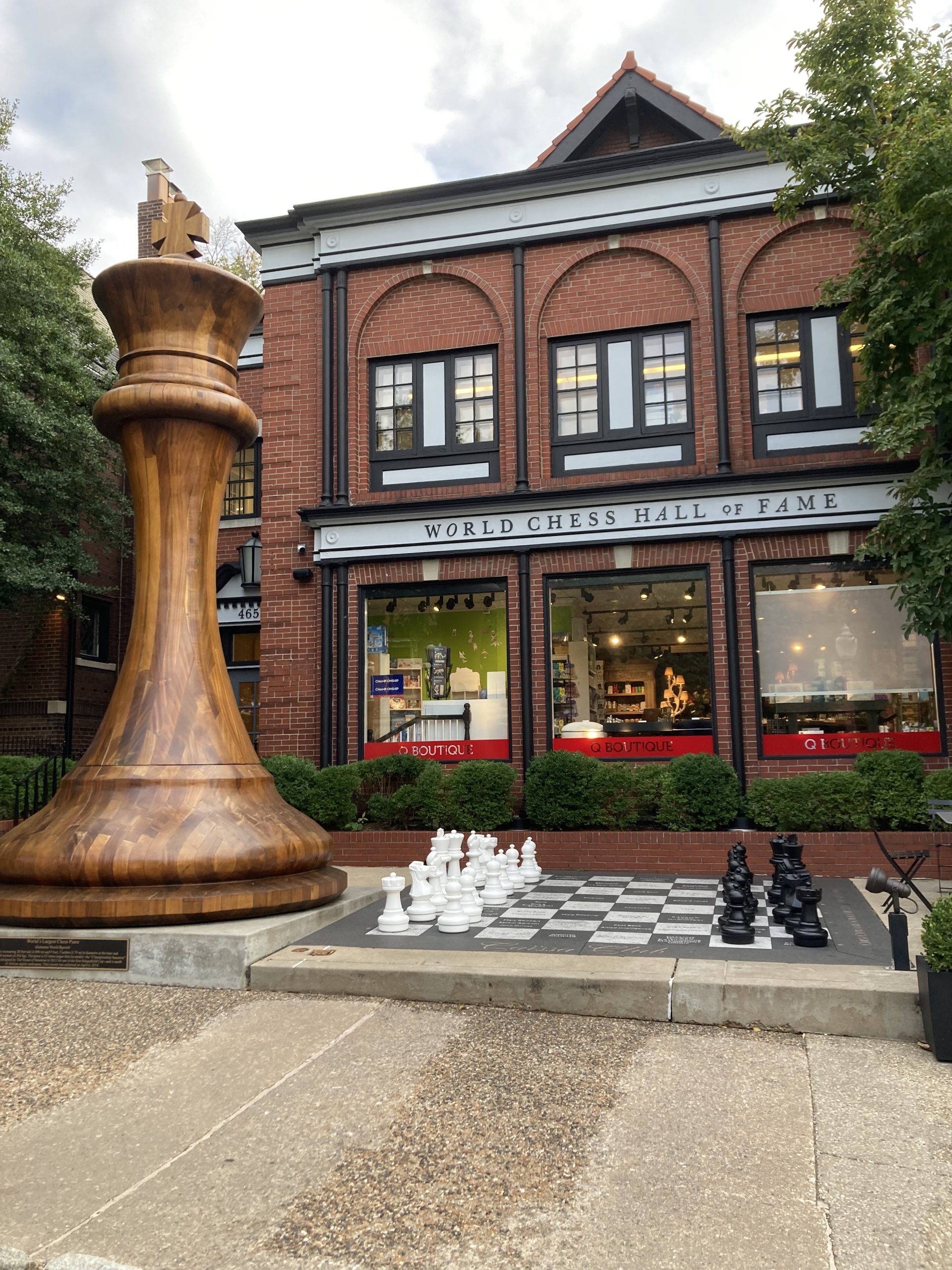 The world’s largest chess piece and the World Chess Hall of Fame in St. Louis, Missouri

Last week I traveled to St. Louis, Missouri to attend the Annual Meeting of the International T.S. Eliot Society. St. Louis is arguably the chess capital of the world, and Eliot, who was born in the city, was an avid chess player himself. In fact, The Waste Land, Eliot’s most famous poem, has a section titled “A Game of Chess.” This timeless piece, which was published 100 years ago, is available for pick up here at Falvey. 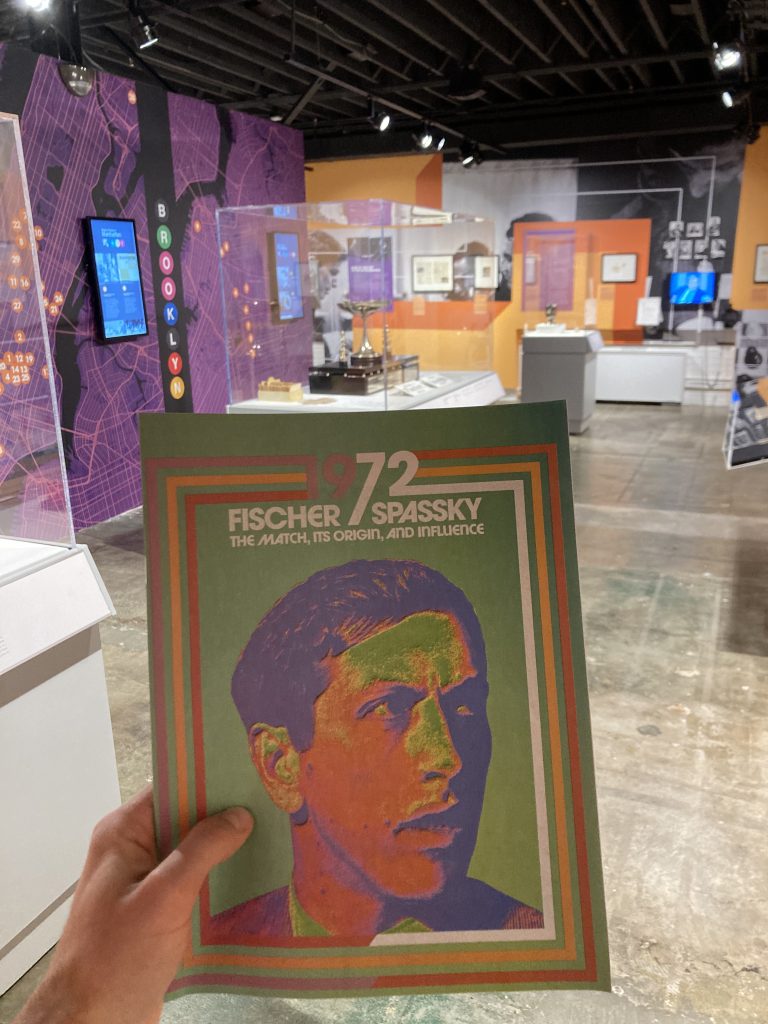 During my visit, I made sure to visit the World Chess Hall of Fame. The museum’s current exhibit focuses on the famous 1972 World Championship match between Bobby Fischer and Boris Spassky. Fischer’s underdog win made him the first ever American World Chess Champion and ended 24 years of uninterrupted Soviet chess dominance.

I believe it’s safe to say that almost everything people know about chess these days was learned from the hit Netflix series The Queen’s Gambit. This isn’t a bad thing, so if you’re interested in the show, check out this “Dig Deeper” blog that provides lots of resources on chess strategy that are available in the Library.

My visit was timely, as an ongoing controversy in the world of chess has been making headlines lately. Reigning World Chess Champion Magnus Carlsen recently resigned from a game against 19-year-old American Hans Niemann in the Julius Baer Generation Cup after playing only one move. This came as a shock, as having the world’s top player quit a legitimate tournament without even trying could be a bad look for the sport.

But the situation is deeper than that. It all started in St. Louis during the Sinquefield Cup. Niemann was entered in the tournament as the lowest seed and somehow managed to win against Carlsen, who even had the advantage by playing with white. The next day, Carlsen unexpectedly resigned from the tournament and posted a strange tweet claiming he can’t talk or he’ll be in “big trouble.” 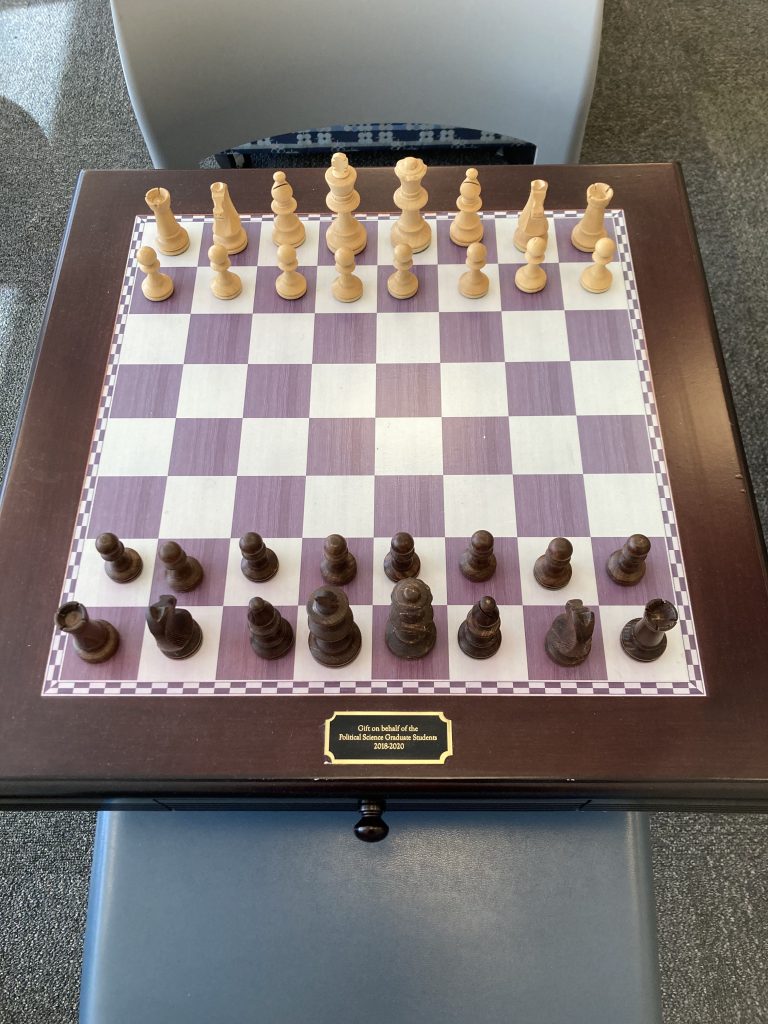 This led fans to assume Carlsen suspected Niemann of cheating. Although Carlsen has not directly said this, fans speculate his resignation against Neimann at Julius Baer essentially confirms Carlsen’s stance. Niemann does have a history of cheating and has even been banned from chess.com, the world’s largest online chess forum, so the accusations are not entirely out of the blue.

The St. Louis Chess Club has said they do not suspect there was any cheating during Carlsen and Niemann’s game, but the resolution to the situation remains a mystery.

I’d certainly describe myself as a fan of chess. I’ve even read a couple books on chess strategy in futile attempts to improve my skills at the game. Although I might not be the best chess player, I love the endless variations and strategies the game offers. They’re always entertaining and often beautiful.

If you’re a graduate student, there’s a lovely chess board in the Graduate Student Lounge on the third floor of Old Falvey. If you’re looking to play, check it out! 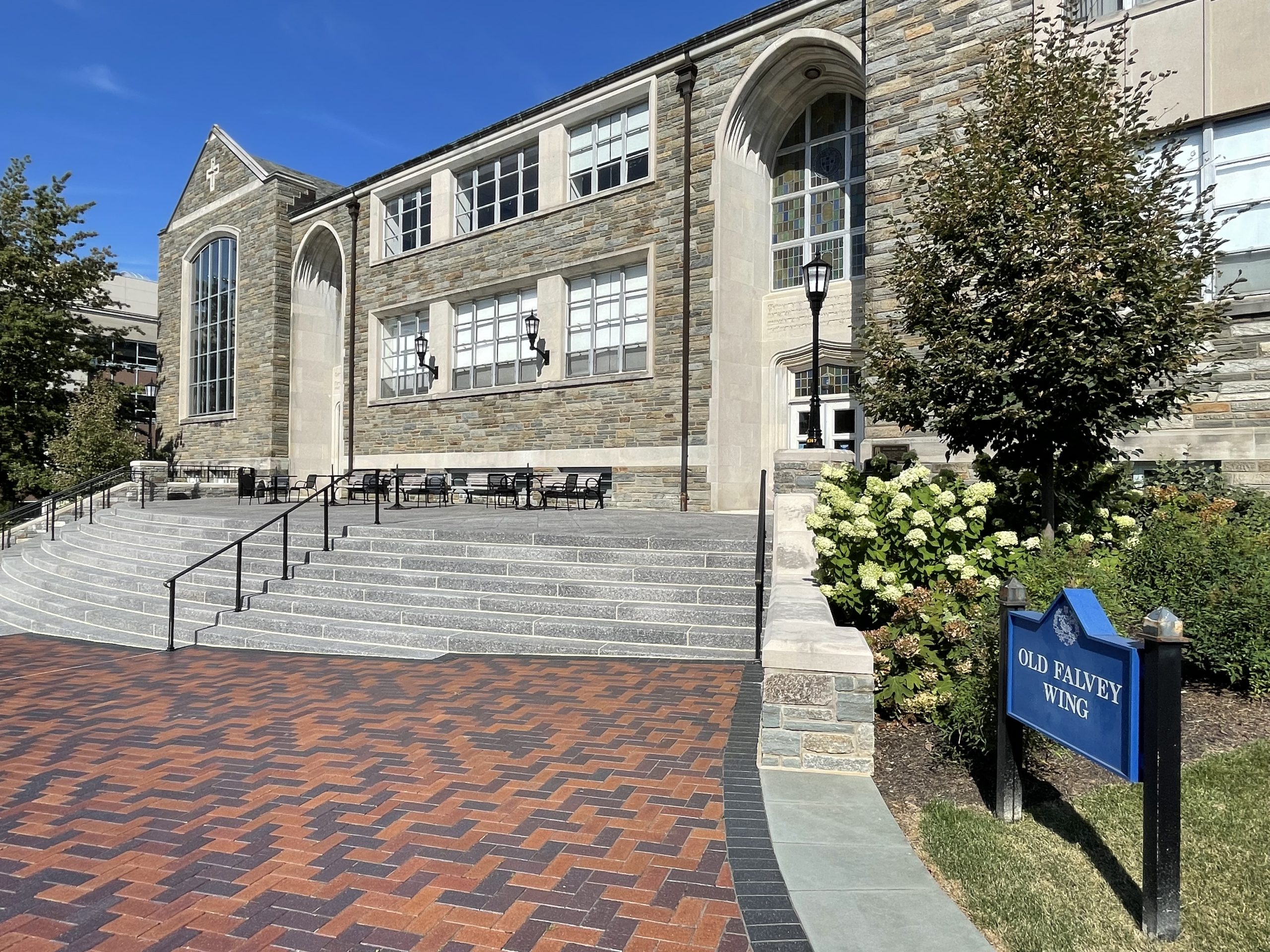 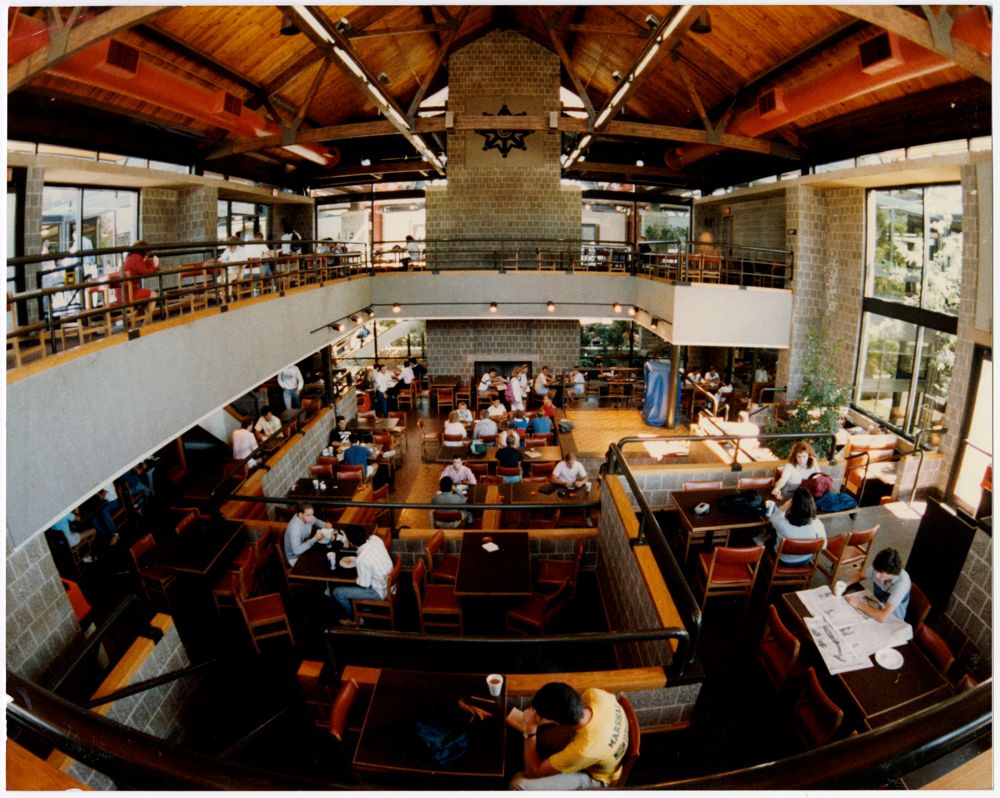 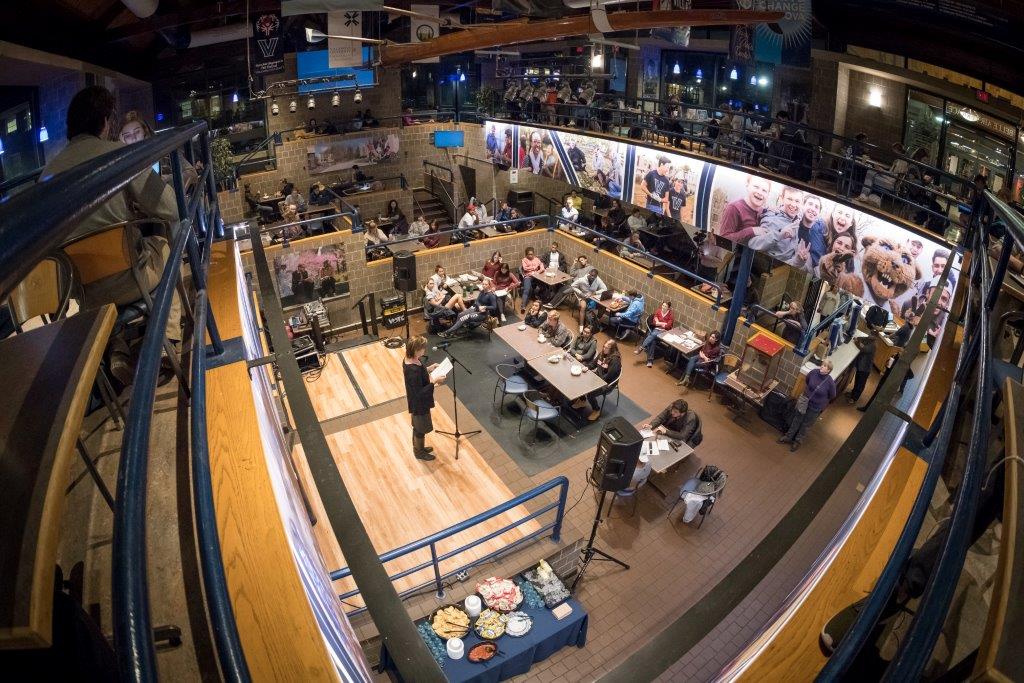 Midterms week is almost over, you can make it to Spring Break! For today’s TBT, check out this photo of the Belle Air Terrace in Connelly Center from the 1990s from Falvey’s digital collection. Can you spot some of the differences from the way Belle Air is set up today?

For the final push of midterms studying you can find perfect study spots all over campus, including any floor of Falvey and in the Old Falvey Reading Room. As soon as you’re done, you can fully enjoy break and hopefully some warmer weather! 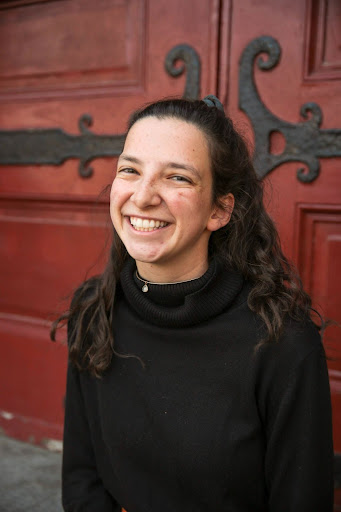 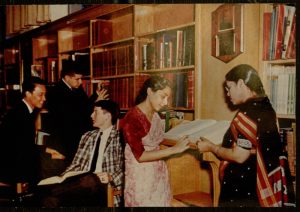 As we officially head into March and the temperature starts to pick up (at least a couple degrees!), it seems as though our coursework does as well. For this week’s TBT we travel to the 1960s and the Falvey Hall Reading Room. Falvey still offers great study spaces 60 years later, so make sure to come in and find the perfect spot to get your work done.

This photograph comes from the University Archives and can be found in Villanova’s digital collection.

Photo Friday: Reading is Not Canceled 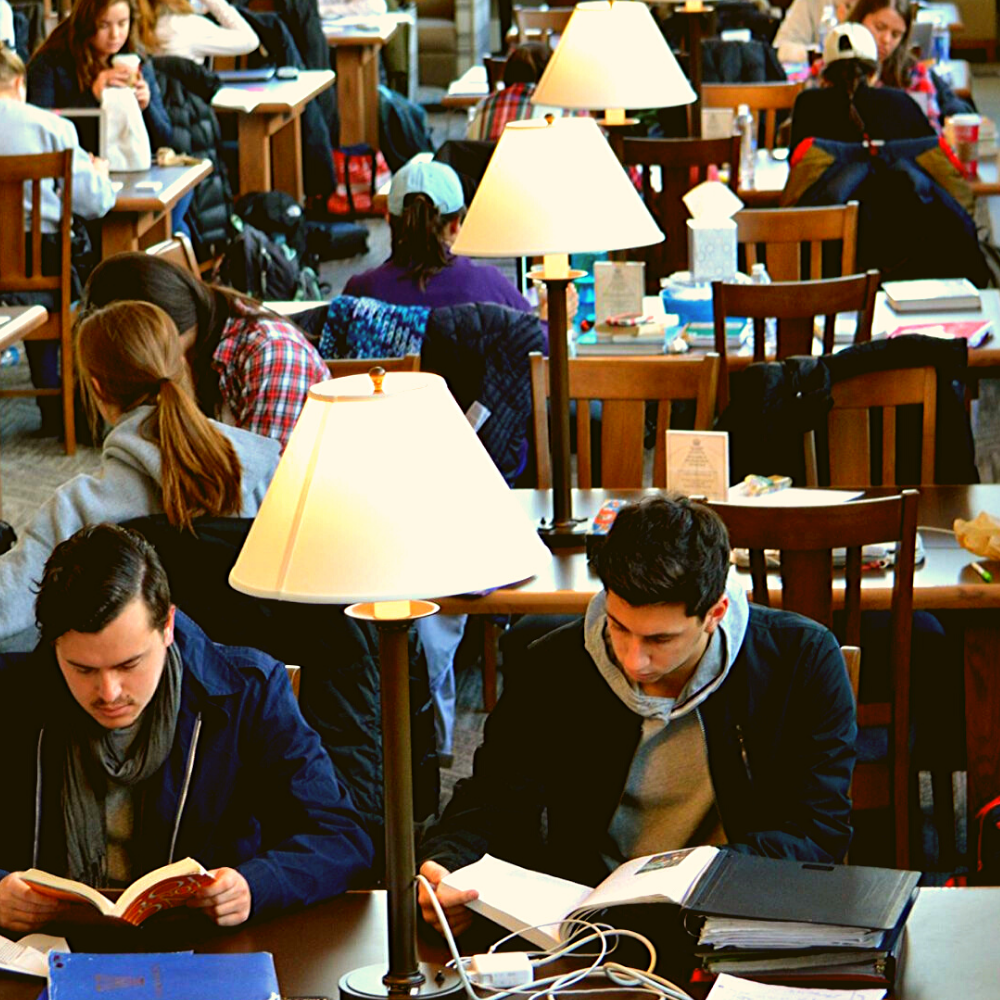 Just a reminder, no matter whether you’re wrapped up in blankets with your favorite story, sussing out the deep meanings in St. Augustine’s Confessions for your class, or studying a textbook in Old Falvey (as seen here), reading is not canceled.

So, after you text to check in with your friends and family, try self-isolating with your favorite book this weekend. 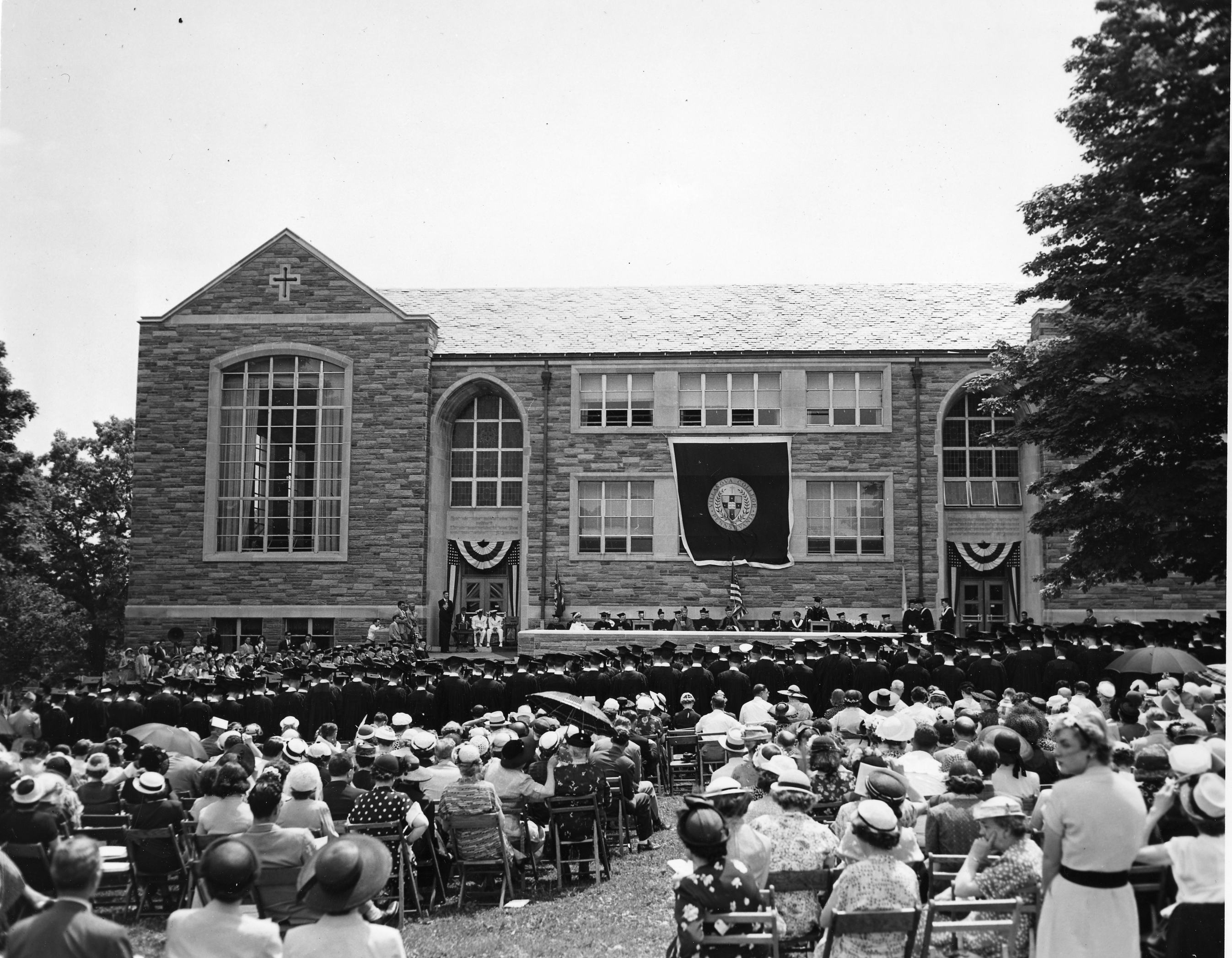 In honor of Villanova University’s upcoming 82nd annual Alumni Reunion Weekend, here’s a throwback pic of the 1951 commencement ceremony. The crowd pictured is standing on Mendel Field, in front of the Villanova College library (what we now lovingly refer to as “Old Falvey”). Check out that 50’s fashion, peeps.

This photo and many more gems like it can be found in the University Archives. It is part of the online exhibit: Villanova College to University: 150 Years of Augustinian Tradition and Promise 1842-1992.

Falvey Library would like to wish alumni a wonderful weekend on campus. Welcome home, Wildcats! Additional information about Reunion 2019 can be found here.