100 Years of Japanese News in English: Explore the Japan Times

Villanova faculty members, students, and staff who are interested in Japanese society, culture, and politics can currently explore the archive of the Japan Times, the longest running Japanese newspaper in English language. Trial access to the archive will be available until Aug. 5. 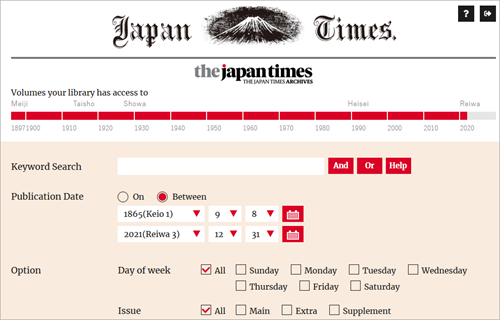 Motosado Zumoto launched the Japan Times in March of 1897 and served as its founding editor. His goal was to promote Japanese perspectives and values among Westerners and to give Japanese people the opportunity to read and discuss local and international news in English. Japanese business people, students, and foreign residents represented the bulk of the newspaper’s audience. While the Japan Times styled itself as an independent daily, there was always a measure of government influence. Prince Ito Hirobumi, a four-time prime minister of Japan, financed the paper for some time. In 1933, the Japanese Ministry of Foreign Affairs appointed Hitoshi Ashida, former ministry official, as chief editor, reducing the Times to an outlet for Imperial Japanese government propaganda.

Also included in this database is The Japan Advertiser, a competing newspaper which eventually merged with the Japan Times. The Advertiser was written by and for missionaries, diplomats, merchants, and journalists who were based in Japan. Search results can be limited by imperial period. The archive includes extras and supplements as well as images and ads. The most recent issues currently available in the archive are from 2021.

A link to the collection will be available on the Databases A-Z list until the trial ends on Aug. 5. 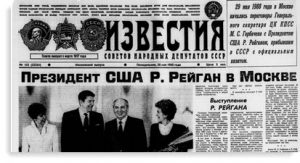