Cat in the Stax: Another Resolutions Blog 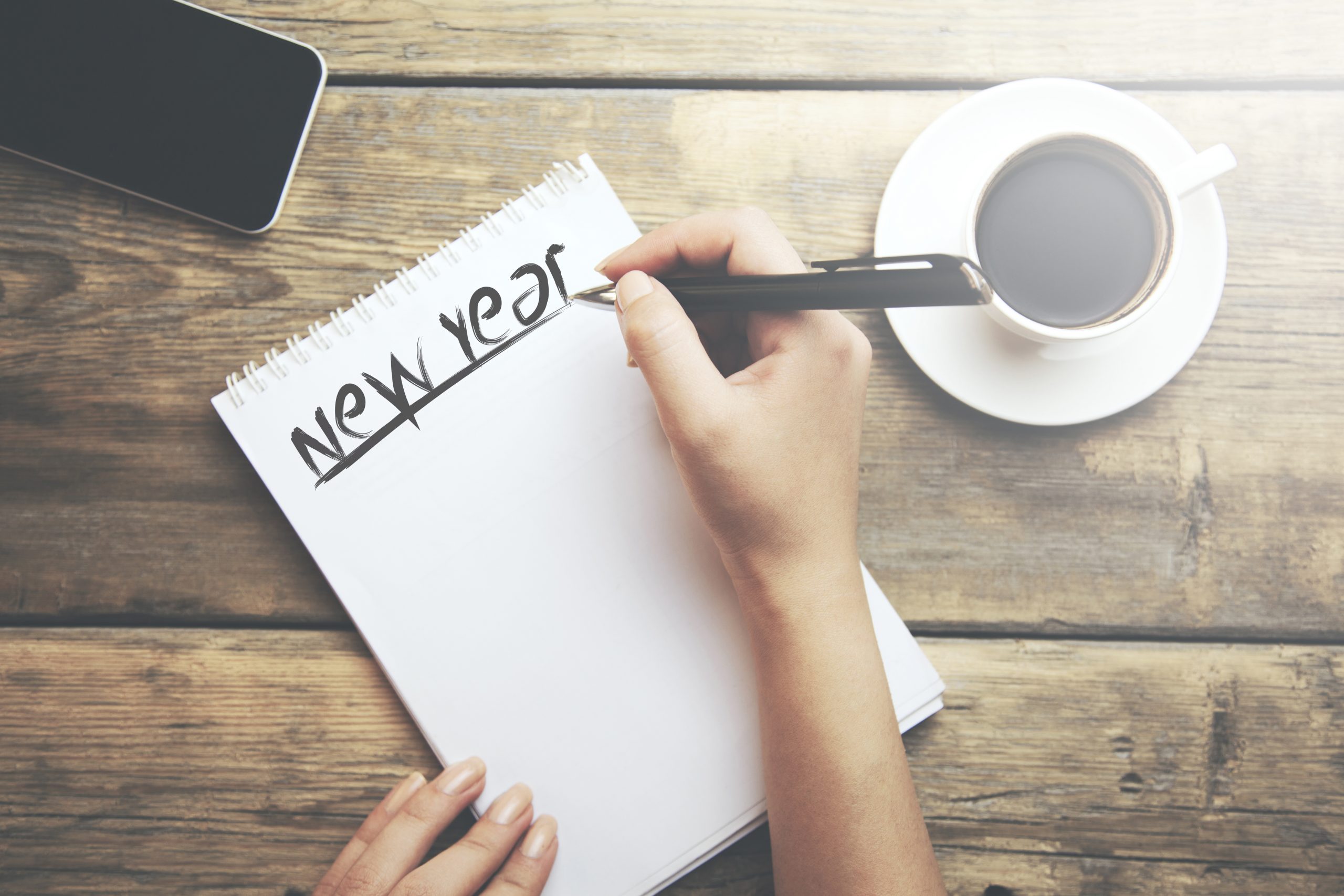 Setting New Year’s resolutions is a tradition dating all the way back to the Ancient Babylonians. There’s something to be said about a custom that adapts to several millennia of changes, but I remain hesitant to write yet another blog about resolutions. It’s almost cliché at this point; as soon as January begins the gyms overflow and everyone’s lifestyle changes on a dime. But I’ll admit, the beginning of the year is especially apt for making new habits, so why not take advantage of this opportunity that only comes once a year?

Personally, I’ve never been too invested in New Year’s resolutions. I believe every day is a chance for a fresh start, but it feels obligatory to write something about resolutions during this time of year. Turning the subject into something original isn’t an easy task either, so rather than treating this ‘Cat in the Stax’ as a personal blog like I usually would, I’m going to talk about some resolutions I think everyone can add to their list.

I know this goal isn’t very specific, and I’m breaking my own rules about setting “SMART” goals, but that’s sort of the point of this list. Besides, this resolution is very simple. It just means read more than you did last year! If you didn’t read any books last year (surely that’s not true), just try to read one book. One is a lot more than none! Contrarily, if you’re a bookworm who read 30 books in 2021, shoot for 32 this year.

I think it’s important to try new things, whether it’s food, travel destinations or board games, so make sure to keep 2022 fresh by getting out of your daily routine every once in a while. Can we really call the New Year “new” if we keep doing the same things every year? The best way to put the “new” into 2022 is to seek new experiences.

Having something fun to look forward to is essential to staying sane during a busy semester, so make sure you have a hobby or two to pass the time. These hobbies can often take a backseat in your life when work or school becomes overwhelming, but making sure they don’t slip away entirely is important for maintaining mental health. I know if I don’t make time for hobbies at least a couple times per week, everything in my life becomes more difficult, so I’m making sure to leave time for some fun in 2022.

At the risk of sounding like every other blog during this time of year, those are a few very broad resolutions I think everyone can make use of. You can adjust and specify these as you please to fit your personal goals by perhaps attempting to read twenty novels this year or aiming to try a new food once per month. Regardless of how you craft your resolutions, I hope your 2022 is off to a great start.

Cat in the Stax: Resolutions Reimagined

If 2020 has taught us anything, it’s that sometimes things happen and absolutely nothing goes according to plan. This lesson is something that we need to internalize and remember going into 2021 and beyond. Take a minute, stop reading, and think about all of the New Year’s resolutions you made last year that you completely forgot about when March hit. For my first Cat in the Stax of the year, I want to change the way that we think about “New Year’s resolutions,” especially with many of your resolutions potentially pertaining to the new semester that’s right around the corner.

According to Google, a resolution is, “a firm decision to do or not to do something.” In my opinion, humans just aren’t good at that, we’re wishy-washy and that’s totally okay. So let’s stop setting ourselves up for failure. If I make my New Year’s resolution to workout 5 times per week, the first time that I don’t do that, I’ve technically failed. Instead, let’s think of this new year as a time to reassess our goals.

By changing our mindset and making goals instead of declaring resolutions, we offer ourselves more grace and can celebrate the progress made. In 2020, I set my reading goal on Goodreads to 25 books, as of December 13 I had read 9. Instead of thinking of that as, “Wow, I failed!” I can focus on the fact that had I not set that goal, maybe I would have only read 3 or 4 and missed out on reading fantastic books.

Goals partially completed at the end of each year can be seen as progress markers. I now know that I read 9 books in 2020, and I wish that I had made reading more of a priority. In 2021, maybe my next goal is to read 15 books. It’s not that lofty 2020 goal of 25, but I took the progress I had made and can now work to beat that.

To encourage you all in crushing your goals for 2021, here are some of my goals for the Spring 2021 semester:

What goals do you have for 2021 and how can Falvey help you crush them?

Jenna Newman is a graduate assistant in Falvey Memorial Library and a graduate student in the Communication Department. Current mood: Figuring out how to crush my goals (& 2021)!

I’m Daniella Snyder, a graduate student at Villanova University, and your ‘Cat in Falvey Library’s Stacks. I’ll be posting about academics–from research to study habits and everything in between–and how the Falvey Library can play a large role in your success here on campus!

My favorite part of a new year is asking people about their resolutions. You can learn a lot about a person through their goals: what their passions are, what they’re afraid of, or the kind of person they want to become over the next 365 days.

This year, I made some resolutions I’ve never made before. Since I love to cook and try new things, I promised myself to try one new food every week. My mom and I are happiest when we travel together, and this year I hope to travel to four new states with her. Finally, in an attempt to be a “mature adult,” I will start investing my money this year.

However, each year, I always make a “readsolution:” a resolution–for books! In 2020, I am committed to reading 50 books. While I do not make a strict list of what those 50 books will be, I always like to begin the new year by researching the best books of the last year as well as the most anticipated books in the year to come, and you’ll find some of those books below.

Do you have any “readsolutions?” Tell us! Message us at @villanovalibrary on Instagram or @falveylibrary on Twitter for a chance to be featured!

The Topeka School by Ben Lerner is not only one of Barack Obama’s favorite books of 2019, the novel also made the list of “Top 10 Books of 2019” on the list published by The New York Times and The Washington Post. Lerner writes a tender and expansive family drama set in the American Midwest at the turn of the century: “a tale of adolescence, transgression, and the conditions that have given rise to the trolls and tyrants of the New Right” (Amazon.com).

Little Women by Louisa May Alcott isn’t a new book, but there’s been a buzz surrounding the classic book because of the brand new and (already critically acclaimed) movie starring Laura Dern, Timothee Chalamet, Saoirse Ronan, Emma Watson, and Florence Pugh. If you haven’t read this book since middle school (like me), maybe the book deserves a fresh read.

Literary genius Zora Neale Hurston passed away in 1960, but Genevieve West edited and compiled 21 found short stories of Hurston’s to create the new Hitting A Straight Lick with a Crooked Stick: Stories from the Harlem Renaissance. The book is “an outstanding collection of stories about love and migration, gender and class, racism and sexism that proudly reflect African American folk culture that enriches our understanding and appreciation of this exceptional writer’s voice and her contributions to America’s literary traditions” (Google Books). To read an excerpt from the book, check out the New York Times article here.

Voyage of the Sable Venus and Other Poems is the debut collection of poetry by Robin Coste Lewis. The Collection won the National Book Award for Poetry in 2015, the first debut collection to win the award since 1974. Coste Lewis will be visiting campus on April 21 as part of Villanova University’s 22nd annual Literary Festival. She will speak at 7 p.m. in Falvey’s Speakers’ Corner, and the event will be followed by a reception and book signing. To learn more about the other authors coming to Lit Fest, click here.

Daniella Snyder, Graduate Assistant in the Communication & Marketing department at Falvey, read 47 books in 2019. Some of her favorite 2019 reads were Educated by Tara Westover, The Female Persuasion by Meg Wolitzer, To The Lighthouse by Virginia Woolf, Becoming by Michelle Obama, and Three Women by Lisa Taddeo.