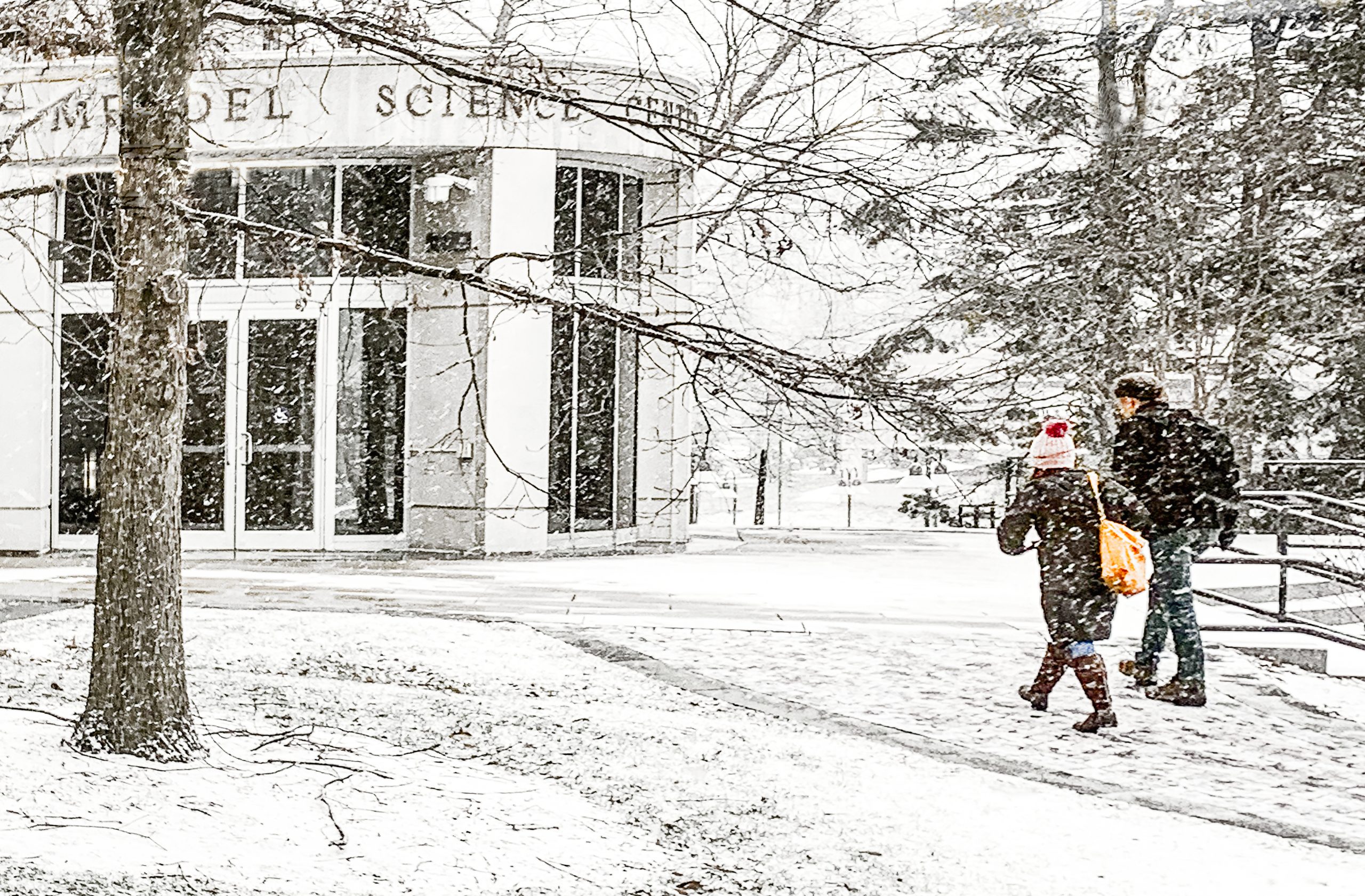 It’s a little known fact that Gregor Mendel published more scientific articles on meteorology than he did on pea-plant breeding. Apparently, he was quite the weatherman in his day, serving as an official weather observer in 19-century Moravia.

Trivia fact! Mendel adapted the word rauchnebel, meaning “smoke-fog” 42 years before a London physician coined the word “smog,” according to this article.

Hence, we’re sure he would have been particularly interested in this weekend’s forecast for a “bombogenesis” effect on the Atlantic coast. The students in the above photo are experiencing the beginning of this linguistically exciting forecast as they go to their class in Mendel Hall, so named for the moonlighting meteorologist.