Today’s technology drives the rapid dissemination of international news through countless social networks and other news channels, but less than two decades ago US students looking for in-depth international news coverage were generally limited to one or two major newspapers from a few foreign countries. A few international newspapers arrived per mail and made it onto library shelves a week or two after they were printed, but most took months to arrive because libraries subscribed to them on microfilm only. Thus, awareness of current international news was mostly limited to natural disasters and major political events as disseminated through US media channels. 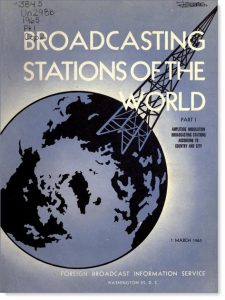 News in the twentieth century was generally aimed at and limited to national audiences, although shortwave broadcasting and satellite technology allowed those with access to the necessary technology to listen in on “open” news channels in other countries. Consequently, the general population knew remarkably little about daily news covering events in other countries. US policy makers realized during World War II that they could no longer afford to ignore what is often referred to as open-source intelligence, that is to say the monitoring of international news channels.

Founded in 1941, the Foreign Broadcast Information Service (FBIS) was tasked with monitoring, recording, transcribing, and translating broadcast and print news globally to increase US awareness of international events and sentiments. FBIS reports were intended for a government audience, but since 1974 selected reports were made available to the broader public through the National Technical Information Service’s World News Connection. The reports were published in print, but back archives were soon microfilmed and later digitized as well.

Today, FBIS reports are one of a few library resources that offer global news and opinions in translation. FBIS translated news from more than 70 languages, ranging from Afrikaans to Zulu. The digital FBIS archive, available to the Villanova community, spans the years 1941 to 1996 and includes a wide selection of daily news from newspapers, magazines, radio broadcasts, and TV channels.

In 2005, FBIS was succeeded by the Open Source Center under the umbrella of the Office of the Director of National Intelligence, and, in 2015, the Open Source Center became the Open Source Enterprise. The main mission of the service remains open-source intelligence gathering. In 2014, the CIA decided to cut off public access to its translated news reports justifying the decision with rising costs, widely available internet-based news channels, and machine translation capabilities. Journalists and scholars alike where thus deprived of access to this valuable resource. While much of the news that FBIS monitored was indeed freely available online, machine translation does not compare to the expert services provided by human translators.

Anyone interested in international news in the period from 1941 to 1996 should take a closer look at FBIS Daily Reports. The archive includes selected translations from most of the major news sources such as TASS, Izvestiya, and the Pravda for Russia and Le Monde, Le Figaro, and Le Nouvel Observateur for France. The contents of the archives span the gamut from transcripts of radio broadcasts to translated news articles and transcripts of political speeches. Coverage varies by region and can be determined by navigating to the Publication Series Title page. The purchase of this collection was made possible with a gift from Allen Cellar, class of 1969. 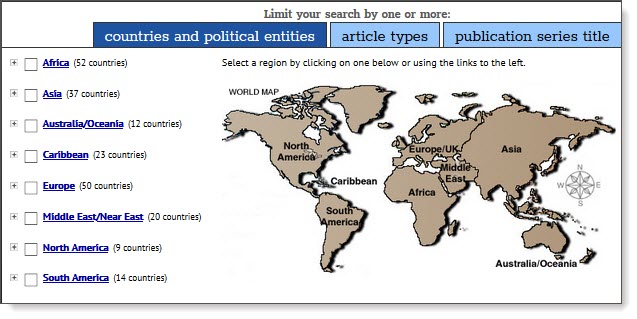 For more news in translation explore MideastWire.com, which offers news in translation from 22 countries in the Middle East, and the Current Digest of the Russian Press, which consists of translated Russian news from 1949 to the present. Contact us if you have any questions.

The Foreign Broadcast Information Service Daily Reports, better known as FBIS Daily Reports, consist of English translations of selected foreign radio and television broadcasts, newspaper and magazine articles, and government statements. FBIS was a branch of the CIA with about 20 offices and a large cohort of independent contractors worldwide. The reports were distributed to US policymakers and security analysts to monitor foreign language news. Because of the public nature of the information that FBIS dealt with, its services are labelled open source intelligence.

Some libraries have chosen to share digitized copies of FBIS reports from their collections, although it is not clear whether this is legal, as the reports consist mostly of translations and transcriptions of copyrighted materials. The Villanova University community has partial access to FBIS reports for 1974–1996 through the Readex collection listed on the Library’s Databases A-Z list.

Expanded access to the complete collection (1941–1996) is now available on a trial basis until May 29. The expanded coverage opens the door to explore international reactions to the bombing of Hiroshima and Nagasaki, the first moon walk, the building of the Berlin Wall, and the Bay of Pigs Invasion, among many other newsworthy events of the twentieth century.