Even if December is totally your jam, there are likely going to be days when your enjoyment of Christma-kwanza-nakuh-yule wanes.

Will Farrell’s Elf needs to stay on the shelf, you think to yourself. Jingle All the Way can just jingle-go-away.

Wait! There are films for those days when your cheer is not in gear. Save yourself from going full Scrooge with this slate of holiday favorites that take a more sanguine approach to this season. And some you might not realize are holiday movies at all. 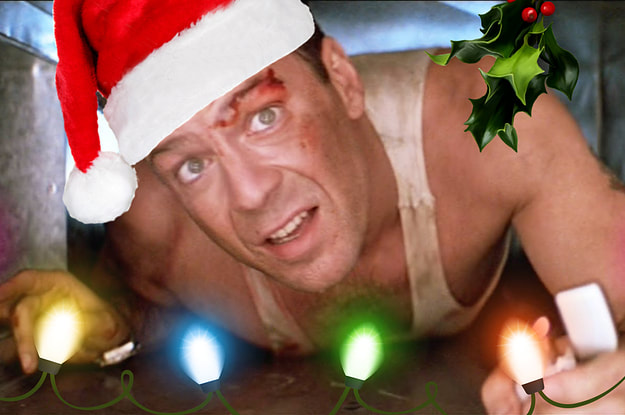 Die Hard
There are three certainties in life: Death, taxes, and Die Hard IS a Christmas movie. There’s all of the trapping of Christmas, including snow, fun Christmas music, and, of course, Bruce Willis fashioning quotable Christmas lines like, “Now I have a machinegun! Ho! Ho! Ho!”

Dig Deeper: If you want to look back at the inspiration for Die Hard, check out Roderick Thorp’s Nothing Lasts Forever (available via InterLibrary Loan), sequel to the book The Detective, which was also adapted to film and starred Frank Sinatra.

Learn more about every film in the franchise by listening to the Die Hard retrospective series from Now Playing Podcast. 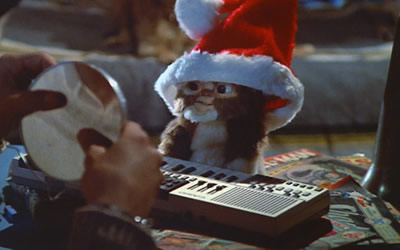 Gremlins
This delightfully horrific tale twists Christmas iconography into something far darker. But for every scary gremlin, there’s the mogwai like Gizmo to give you big doses of cute and cuddly.

There’s no place like home for the holidays, and nothing like chaotic mogwai (which incidentally means “monster” and “evil spirit”) to warm your heart…by possibly burning down your house.

Content warnings: violence, a melodramatic story in which Santa is disproven 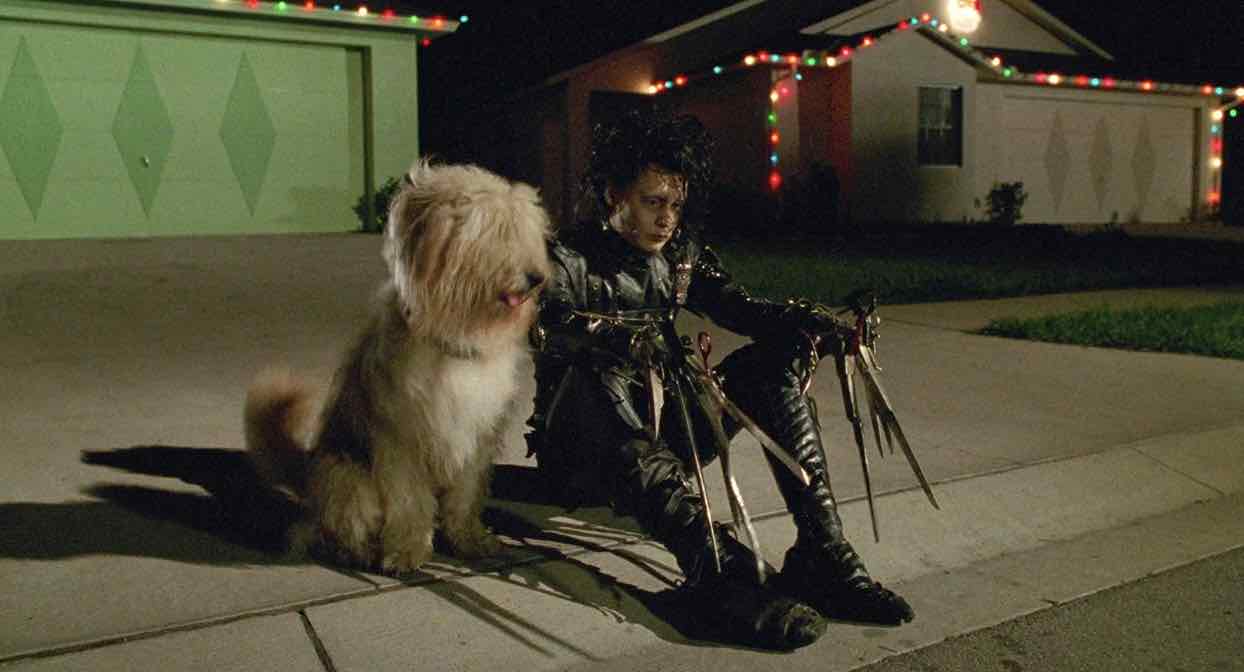 Picture a snow globe with an idyllic town with little people and a house high up on a hill. Picture yourself inside that snow globe. Now picture a weird, gothic automaton that no one understands, except you. That’s Edward Scissorhands in a nutshell…er, globe.
This underappreciated classic features Johnny Depp (Sweeney Todd) and Winona Ryder (Stranger Things) at the height of their quirky, wonderful powers. It’s breathtaking, beautiful, and sad. And obviously directed by Tim Burton.

L.A. Confidential
This is a movie where the holidays are the inciting incident from which a Los Angeles power struggle begins.
The best police force in the world is tarnished by scandal during a robbery/massacre and Christmas party that goes from “Silent Night” to melee. There’s twists. There’s intrigue. There’s enemies who become friends, and friends who become betrayers. All of this carries right through to the tense climax.
It also features a slate of amazing, charismatic actors, including Russell Crowe, Guy Pierce, and Kim Basinger.
Dig Deeper: The film was adapted from the James Ellroy novel, L.A. Confidential (available from InterLibrary Loan.)
Content warnings: racially insensitive language, violence, harsh language, Kevin Spacey (unfortunately)
Honorable Mentions:
Philadelphia is a great city for Christmas, and it has appeared in many notable films. If you want to get to know the City of Brotherly Love in cinema, be sure to check out the delightful superhero film Shazam! The film has great comedy scenes, solid acting, and a great message about celebrating found family.
Harder hitting and darker is the original Rocky. It shuns the glamor of the later films, but this Oscar-winning drama captures the ’70s vibe of Philadelphia in the winter and the unbreakable spirit of its people. With gritty moments leading to the ultimate David vs. Goliath fight, Rocky depicts the American dream, as told through a journeyman boxer who must discover the endurance to go the distance against the best fighter in the world.
Did I miss one of your not-as-cheery holiday movies? What about a classic incidentally Christmas film? Let me know!

Shawn Proctor is Communication and Marketing Program Manager at Falvey Memorial Library.
Like
0
No comments yet