The Month of Ramadan 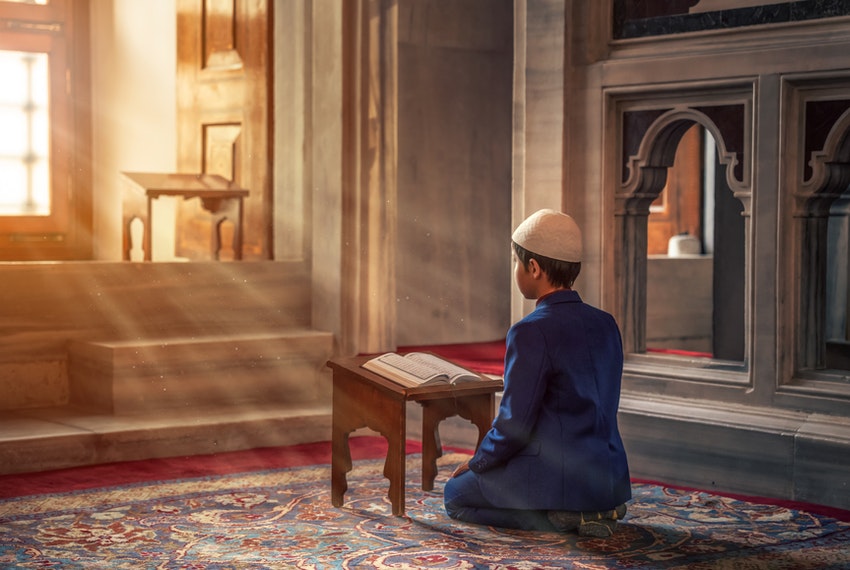 This year the month of Ramadan, the 9th month according to the lunar Hijri calendar used by Islam, is from April 12 to May 12 on the solar Western Gregorian calendar. The Islamic calendar corresponds to the date of the prophet Muhammad’s migration (hijra) from Mecca to Medina in the year 622 C.E. Ramadan is considered the holiest month of the year because of the nearness of God and the weakening of the powers of evil.

The devotional practices of Islam are determined by ibadat the part of the sacred law of Islam (shari’a) which aids adherents in their relationship with God, including fasting, prayer, almsgiving and pilgrimage. The ibadat, along with the testimony of faith (shahada), make up the five pillars of Islam (arkan al-Islam). It is commonly accepted by Islamic believers that religious duties are definitively laid out by the Qur’an, and the Prophetic tradition. The duties outlined by ibadat are to be observed by all healthy and mature Muslims and are only “rendered valid by their intentions” according to the Prophetic tradition.

Although Muslims are generally encouraged to fast (ṣawm) as an act of piety and for personal spiritual development, Ramadan is an obligatory month of fasting and observance of the Night of Power (Laylat al-qadr) which commemorates when the Qur’an was first revealed to the prophet Muhammad. Ramadan fasting is practiced even by Muslims who are less strict about other religious duties. It has associations not only related to asceticism, but also with celebrating the power and mercy of God, the life of the prophet Muhammad, and the revelation of the Islamic scriptures.

The fast itself is a strict abstention from eating and drinking anything from dawn until dusk. For married couples it also precludes sexual intimacy. Shortly before dawn a simple meal (saḥūr) is eaten. Immediately after sunset and before evening prayers there is a meal to break the fast (ifṭār). Dates and water are the most traditional foods. Since sharing ifṭār with others, especially the poor, is commendable, it is common among Muslims to invite friends and neighbors or even have an ifṭār party for the community or attend one at the local mosque.

For some, the month of Ramadan emphasizes the spiritual by taking people out of their normal daily routine and subordinating it to thinking about higher things, such as the opening of the gates of heaven. For others, the focus is more on the communal aspects of Ramadan. After attending the Ramadan Dinner with the Muslim Student Association on campus, first-year student Sanjiv Kodali said, “I realized how Ramadan is not just about fasting; it is a worldwide event that tries to bring people together and strengthens familial ties.” The Festival of Breaking the Fast (Id al-Fitr) marks the end of Ramadan fast.