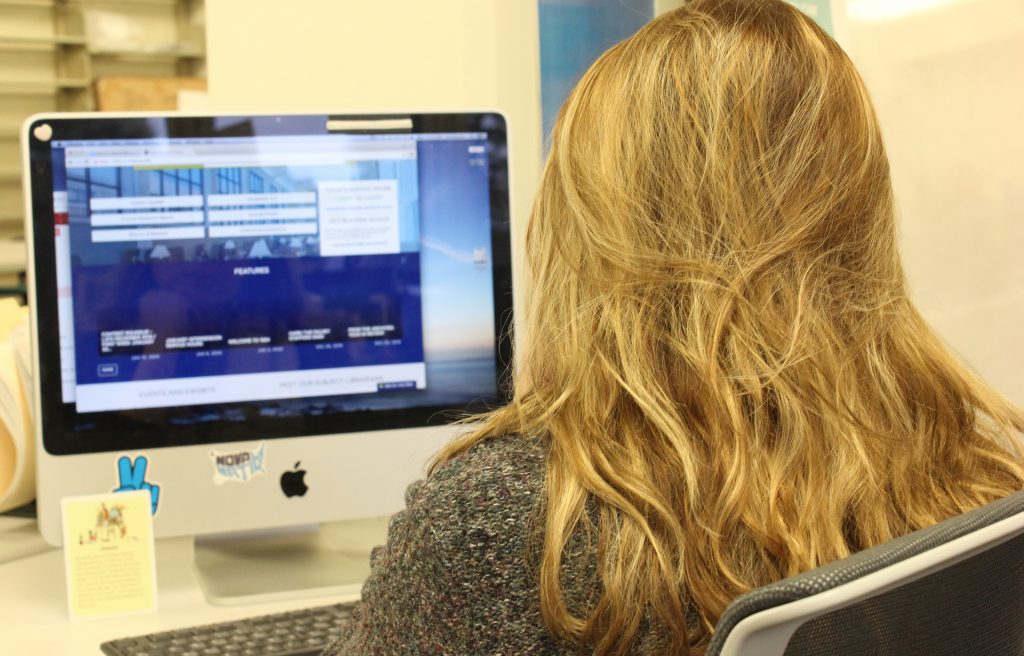 By Deborah Bishov and Shawn Proctor

Imagine searching the library catalog for books such as Migrant Deaths in the Arizona Desert and Whose Child am I?: Unaccompanied, Undocumented Children in U.S. Immigration Custody—and seeing the term “illegal aliens” appear on the results screen. Library users everywhere have encountered that term for many years, as it has long been the official Library of Congress subject heading assigned to books and other materials on the topic of immigrants who are undocumented.

Users of Falvey Memorial Library’s catalog no longer encounter this pejorative subject heading in the public display, due to changes made by Falvey staff this past fall. Instead of the term “illegal aliens,” the Falvey catalog now displays “undocumented immigrants” as a subject heading term.

The changes affect variations on the subject heading as well; for example, “children of undocumented immigrants” now appears instead of “children of illegal aliens.” All instances when “alien” referred to a human being have been changed.

Falvey staff members recognize that terms like “illegal alien” are not in alignment with Falvey’s or Villanova’s support of diversity as an integral component of our shared mission and values. This change to the library catalog is a reflection of Villanova as a welcoming community. We hope that it is also a step toward a respectful, globally-minded society.

How do subject headings work?

Librarians and college students lobbied several years ago to have the “illegal aliens” subject heading replaced with other terms in all library catalogs, and the change was approved by the Library of Congress in 2016. This decision was widely supported by the library community. The 114th Congress intervened and overturned the decision before it could be implemented.

Why change the catalog, and why now?

The timing was inspired in part by the 2019 documentary Change the Subject. This film shares the story of a group of student activists at Dartmouth College who began the movement for change. The Villanova community had the opportunity to view the film at a screening this fall, organized by Deborah Bishov, Social Sciences & Instructional Design Librarian, and Raúl Diego Rivera Hernández, PhD, Assistant Professor in the Department of Romance Languages and Literatures. The event featured a discussion with two of the filmmakers behind Change the Subject, Jill Baron and Óscar Rubén Cornejo Cásares.

During conversations leading up to the screening, Falvey librarians—with the approval of Millicent Gaskell, University Librarian, and Jee Davis, Associate University Librarian for Collections & Stewardship—made the decision to change the subject in Falvey’s catalog.

How did Falvey’s information technology infrastructure enable this change?

Since the Library of Congress is still using “illegal aliens” in its shared catalogue, Falvey staff created code to display “undocumented immigrants” instead. Demian Katz, Director of Library Technology, worked with librarians at Falvey to alter the subject headings in VuFind, an open-source software for displaying the information in library catalogs. It was developed at Villanova University and is used by libraries around the world.

One of the advantages of using open source software at Falvey is that staff can make customizations more easily than if they had to negotiate with a vendor to achieve the same results. Katz says, “In this instance, it only took a few hours of work spread across a few days to fully solve the technical problems involved.” While only the new subject headings appear in our public catalog, the old subject headings are still searchable.

Libraries using VuFind can implement the same solution using the documentation on the Library’s technology blog. The Villanova University Charles Widger School of Law has already implemented this update into their catalog.

“This change is about upholding our professional values to connect people to information and recognizing the power of the language we use as we do that,” Bishov says. “Making this change means that people who use our public catalog will not encounter this dehumanizing term in subject headings in the course of doing their research. And we’ll also be using terminology that matches language widely accepted by the people to whom it refers, by journalists, and by scholars.”