“of peas and bees: Bicentennial Exhibit” of Gregor Mendel Now on Display 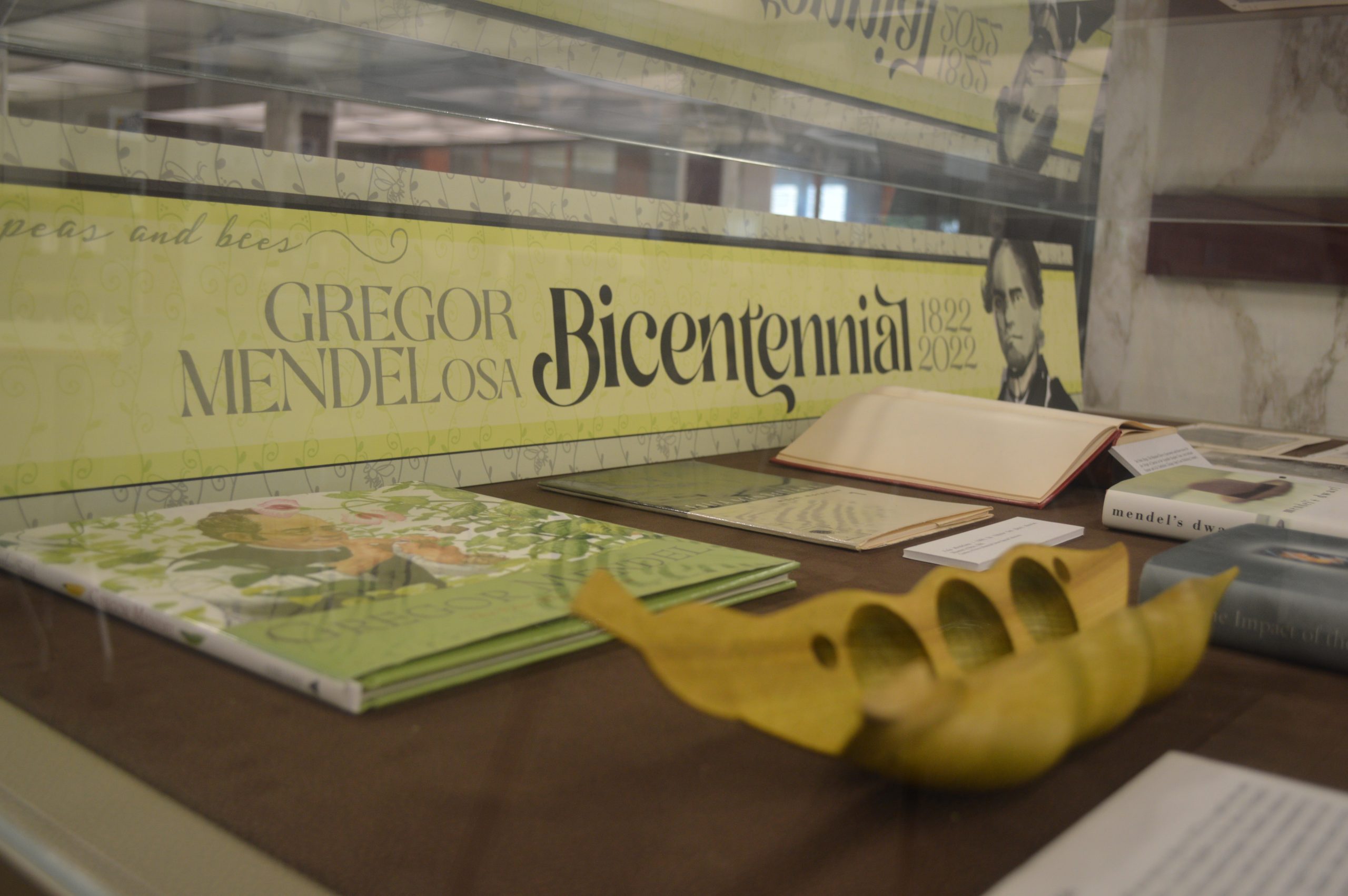 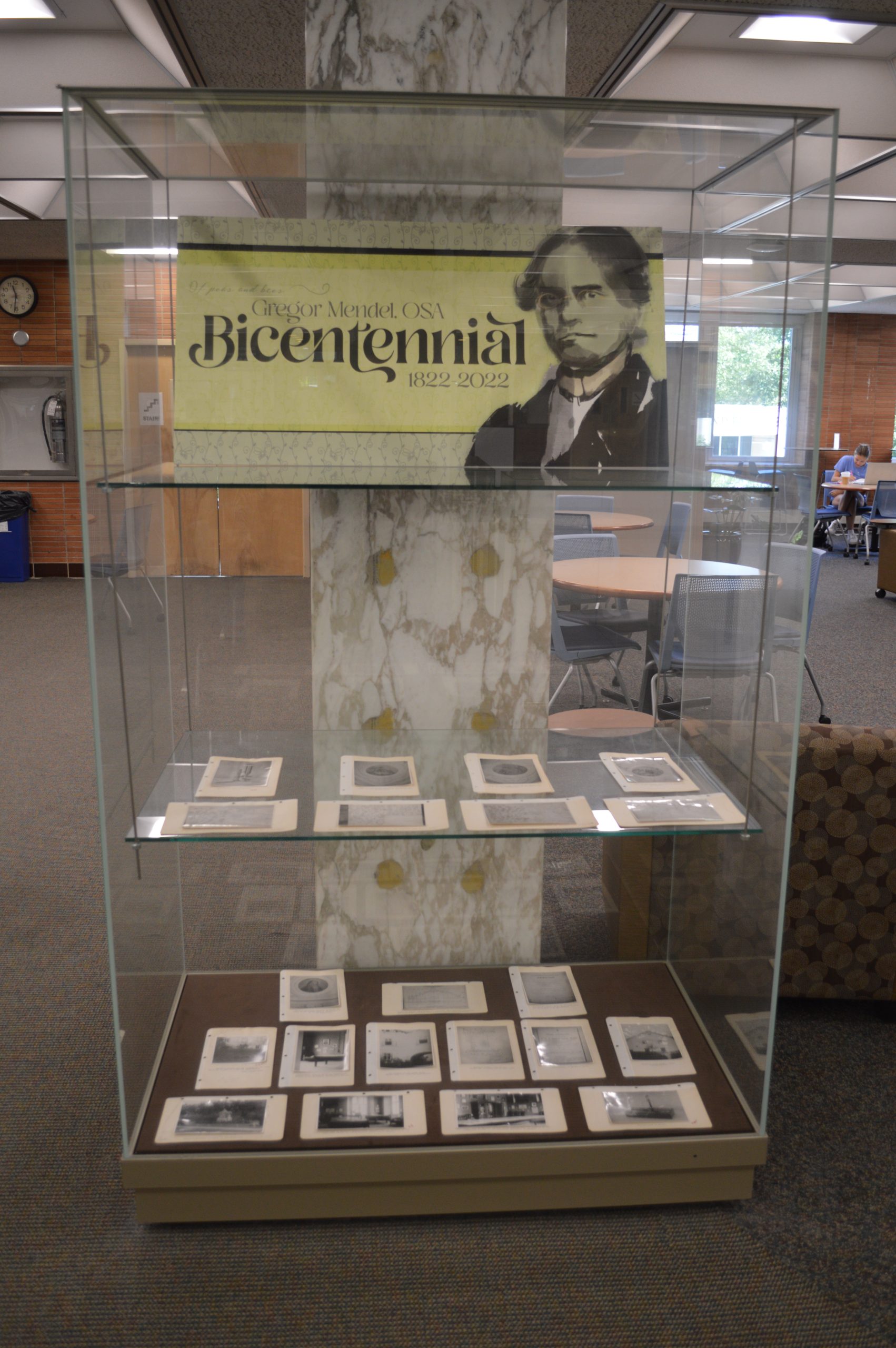 “The name Mendel is familiar to the Villanova community as the name of a campus building, the Mendel Science Center, usually called Mendel Hall. But how many are aware of the man for whom the building is named? Gregor Mendel (1822-1884) is the acknowledged father of genetics based upon a paper he presented in 1865 and published the following year.

“He was born in the German-speaking Austrian Empire (now the Czech Republic) to a farming family. At age twenty one he joined the Augustinian Abbey of St. Thomas in Brűnn to further his education. The abbot, who was interested in heredity of plants and animals, encouraged Mendel to experiment with plant genetics in the abbey’s five-acre garden. As noted he presented his research, but it was virtually ignored until 1900.”

One case celebrates the history of the University’s Mendel Medal, named in honor of Mendel and awarded annually to an outstanding scientist. The award was established in 1928 and given each year until 1943.

From 1946 until 1968, the Mendel Medal was awarded only eight times and from 1968 until 1992 there were no awards. In 1992 the Mendel Medal award was reestablished and has been given each year to an outstanding scientist.

(These passages are excerpted from Alice Bampton’s blog, marking the 150th anniversary of the publication of Mendel’s paper, “Experiments in Plant Hybridization.”)

This year’s Mendel Medal will be awarded on Nov. 19.