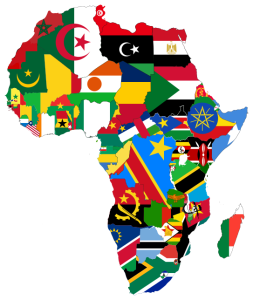 For the longest time African history has been neglected by publishers. The few encyclopedias with a focus on Africa which have been published in recent decades were limited in scope. ORE offers a refreshing departure with its broad interdisciplinary approach. Essays included in The Encyclopedia of African History range from “Africa in the World: History and Historiography” by Esperanza Brizuela-Garcia to “The Zanzibar Revolution and Its Aftermath” by G. Thomas Burgess. Essays such as “Comics in Colonial Africa” by Christophe Cassiau-Haurie and “Football in Lusophone Africa” by Nuno Domingos illustrate the broad scope of the project. The shared ORE platform facilitates discovery of related content in other encyclopedias. Pertinent examples include “Colonial Rule and Its Political Legacies in Africa” by Amanda Lea Robinson and “Land Grabs: The Politics of the Land Rush Across Africa” by Pauline Peters from The Encyclopedia of Politics and “The Black Atlantic and the African Diaspora” by Walter C. Rucker and “Ancient Egyptian Religion” by Korshi Dosoo in The Encyclopedia of Religion.

While distinctly academic in nature, essays are written in a style that makes them accessible to undergraduates and mature scholars alike. Essays generally begin with a summary before offering a comprehensive overview of the topic together with its historiography. They also identify available primary sources and digital archives. Bibliographies include links to the Falvey collections. New essays are added monthly.

The Library’s Databases A-Z list includes a listing for Oxford Research Encyclopedias. Direct access to The Encyclopedia of African History is also available via the Library’s catalog.