In honor of Native American Heritage month I will be highlighting materials in our Distinctive Collections relating to Indigenous peoples and experiences.

The Linguistic Stocks of American Indians, North of Mexico (1890) is a map of indigenous language groups of North America, published by John Wesley Powell (1834-1902). Powell was an American geologist and professor at Illinois Wesleyan University known for leading a three-month expedition along the Green and Colorado rivers, marking the first U.S. government supported passage through the Grand Canyon. Powell was named the first director of the Bureau of Ethnology at the Smithsonian for his work on linguistics and sociology. 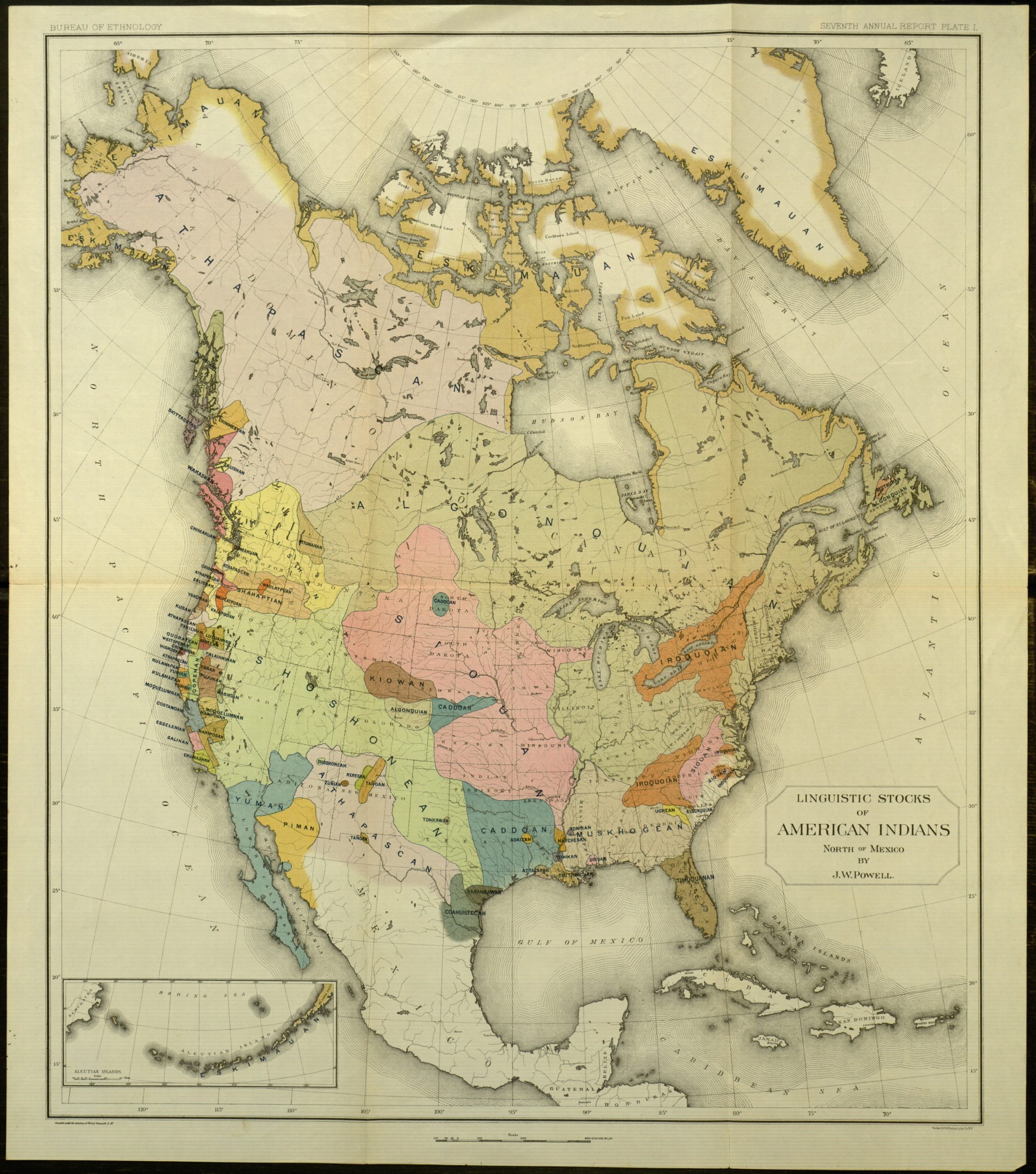 This map illustrates various Native American languages and the regions in which they were spoken in the late-19th century. In the coming years European colonists would continue to displace many of these indigenous groups westward in the name of imperialist expansion. A map produced in the early 20th century depicting the same language groups would look very different.

This and other historic maps are part of our John F. Smith, III and Susan B. Smith Antique Map Collection. Click here to listen to John Smith describe this map in his own words.

What to learn more about the Smith Map Collection?

Check out the current Distinctive Collections and Digital Engagement exhibit titled, “Art of War: Illustrated and Military Maps of the Twentieth Century” located on the first floor of Falvey Memorial Library, co-curated by Rebecca Oviedo and Christoforos Sassaris.