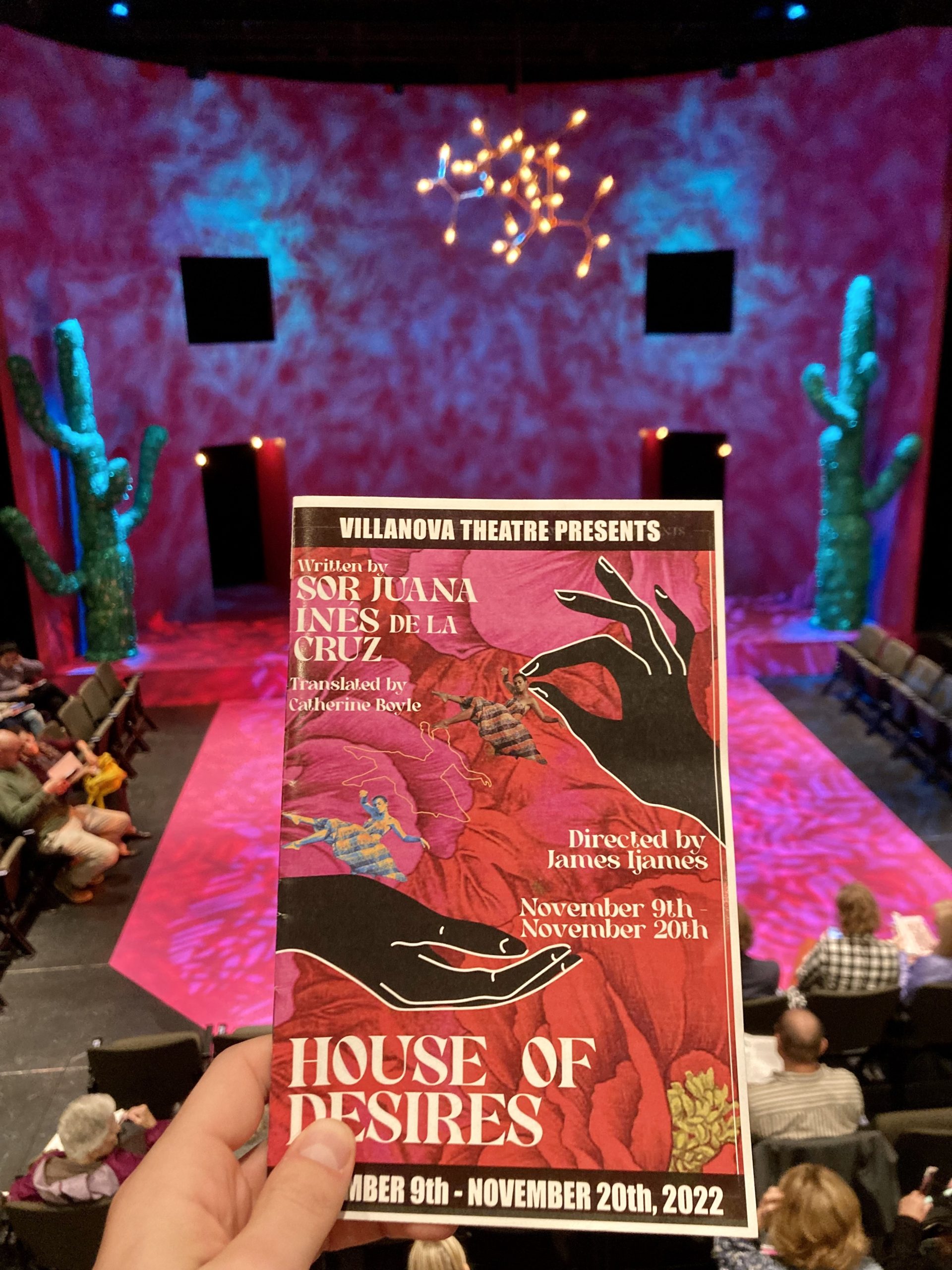 Last weekend, I attended Villanova Theatre’s production of House of Desires, a play originally written by Sor Juana Inés de la Cruz in the seventeenth century. This play is directed by Pulitzer Prize-winning playwright James Ijames and has a runtime of approximately two hours and ten minutes, which includes a fifteen-minute intermission. The performance takes place in the beautiful John and Joan Mullen Center for the Performing Arts.

Sor Juana’s dramatic works are relatively new to the English-speaking world because they had not been translated from Spanish until very recently (about thirty years ago). The translation of Sor Juana’s plays into English has created a timely opportunity to recognize the playwright’s wide range of social and literary contributions. As a Mexican icon, symbol of queer pride and strong feminine figure, Sor Juana is especially apt for the current decade. 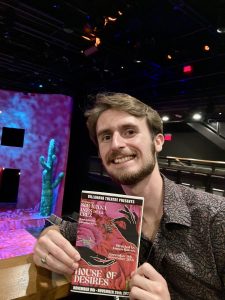 Villanova’s production of House of Desires is a contemporary adaptation of a timeless story. One revolutionary aspect of the original play is its extended focus on women throughout the story. In House of Desires women have opportunities to speak their minds amidst evidently ridiculous social constraints. Villanova’s contemporary production stays true to the progressive social qualities of the play and uses its parodic tendencies to complicate dated notions of gender with humor.

One of my favorite moments of the production is the hilarious musical performance that takes place in the middle of the show. I also love how the performers engage with their audience, occasionally asking attendees for advice or poking fun at those in the front seats.

To learn more about this production, check out the playbill, which includes a a detailed history of Sor Juana Inés de la Cruz.

You can buy tickets to upcoming performances here.  Be sure to reserve your seats before the final show on Nov. 20!

Thank you Villanova Theatre for putting on a delightful show and a special thanks to Kim Reilly, Director of Marketing and Public Relations for Villanova Theatre, for getting me tickets to this performance!