Scholarship@Villanova Event: Alan Drew, MFA, on “The Recruit: A Novel” 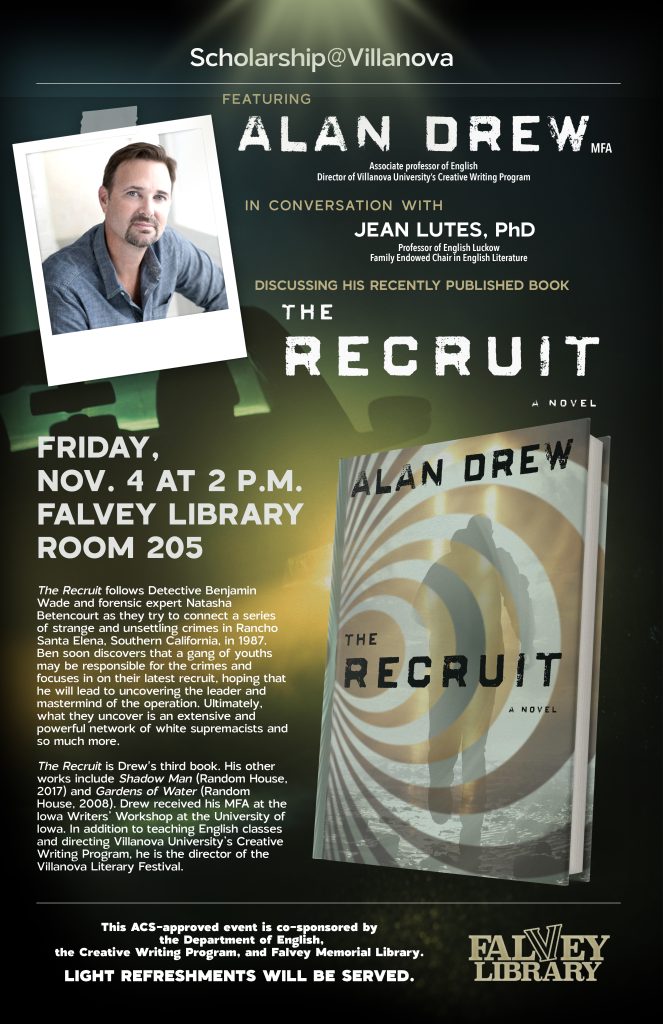 The Recruit follows Detective Benjamin Wade and forensic expert Natasha Betencourt as they try to connect a series of strange and unsettling crimes in Rancho Santa Elena, Southern California, in 1987. Ben soon discovers that a gang of youths may be responsible for the crimes and focuses in on their latest recruit, hoping that he will lead to uncovering the leader and mastermind of the operation. Ultimately, what they uncover is an extensive and powerful network of white supremacists and so much more.

The Recruit is Drew’s third book. His other works include Shadow Man (Random House, 2017) and Gardens of Water (Random House, 2008). Drew received his MFA at the Iowa Writers’ Workshop at the University of Iowa. In addition to teaching English classes and directing Villanova University’s Creative Writing Program, he is the director of the Villanova Literary Festival.

This ACS-approved event is co-sponsored by the Department of English, the Creative Writing Program, and Falvey Memorial Library. Light refreshments will be served.