This fall, Ugegbe: Jọnalụ Ụwandịigbo joined a small group of peer-reviewed academic journals published and hosted by Falvey Library. Ugegbe is published entirely in the Igbo language, one of the major languages spoken in Nigeria. It is also the only peer-reviewed journal published in Igbo and, thus, a powerful symbol of Igbo vibrance, despite the much debated UNESCO (United Nations Educational, Scientific and Cultural Organization) prediction that Igbo is a dying language. Falvey Library and its staff are proud to support this new open access publishing project, which reflects the Library’s values of openness, inclusion, and excellence.

Why did Villanova University become the home of Ugegbe? First of all, one of the editors of the journal is Chiji Akọma, Chair of the Global Interdisciplinary Studies Department and Professor of English at Villanova. Second, while Ugegbe is in many ways unique, it is not uncommon for academic journals in African languages to be published or hosted in the diaspora. The Global South remains an unequal partner in global scholarly communication networks. Factors that impinge on access include the cost of journal subscriptions, article publication fees imposed on authors, the dominance of a few languages in global research communities, and membership on editorial boards of academic journals.

So why publish an academic journal in Igbo? Given the sheer numbers of native Igbo speakers worldwide – roughly 30 million – the question should really be: Why not publish a journal in Igbo? There is ample evidence of the cognitive value of mother tongue instruction especially at the elementary and secondary levels. Yet youth in many countries, especially those with histories of colonial conquest, are expected to learn in languages other than their native tongues. Language builds community, carries cultural values, and is in many ways fundamental to one’s identity. Many nations recognize the value of instruction in the native tongue but lack the means to extend native language instruction to the university level. Ugegbe is a vital building block to create a research level platform for Igbo. But equally important, as Akọma put it, “Ugegbe is premised on the promotion of indigenous languages as complete and legitimate vehicles for communicating the cultural and intellectual production systems of these communities.”

Many Villanovans may not be aware that they are familiar with the work of one or more writers whose native tongue is Igbo but who write in English: Chinua Achebe wrote the arguably most widely read and studied African novel, Things Fall Apart (1958). He also wrote a short essay about the role of English in African literature, “English and the African Writer” (Transition 75/76 (1997): 342-49). Chimamanda Ngozi Adichie, a recipient of the prestigious MacArthur Genius Grant, is best known for her acclaimed novel Americanah (2013), which won the National Book Critics Circle award. 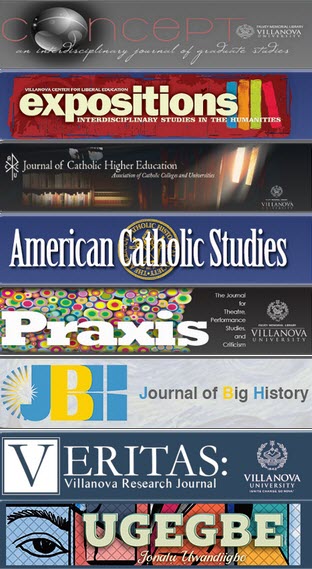 Drafting this post, I looked for examples of academic journals published in African languages and was surprised how difficult an endeavor this turned out to be. Admittedly, some African languages are spoken by comparatively small populations. However, Igbo boasts roughly 30 million native speakers, about the same number as all native speakers of all Scandinavian languages put together. I soon came to realize that African languages that were actively used in scholarly communication were generally those that held “official language” status in an African country, such as Amharic in Ethiopia and Swahili in Tanzania. I found a few examples through African Journals Online (AJO). Nevertheless, the vast majority of African journals hosted on AJO is published in English, including 257 Nigerian academic journals. Academic journals in a few African languages, such as Amharic and Swahili, do exist, but they are very rare gems indeed.