Cat in the Stax: The Season of Pizza? 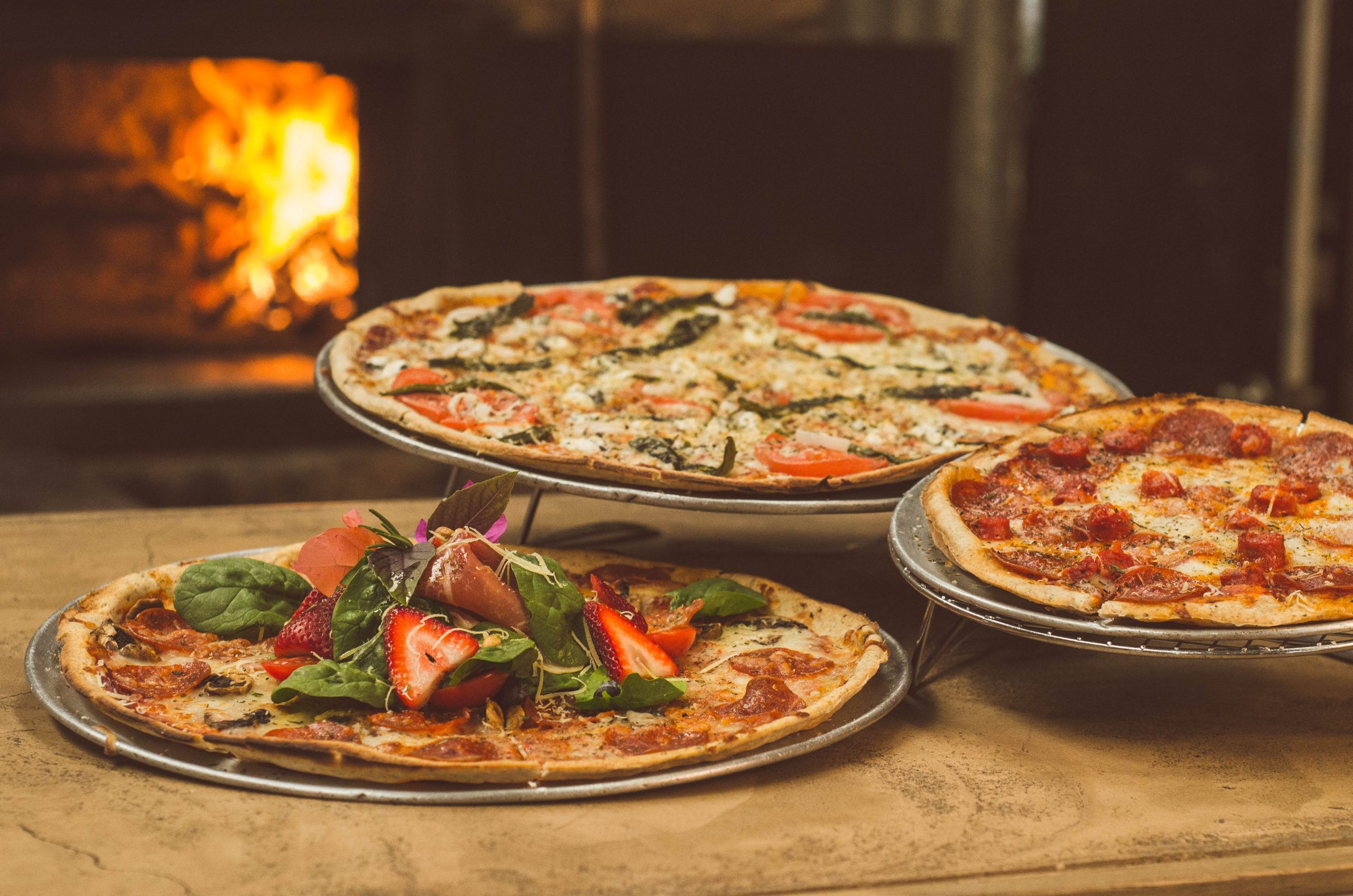 You know October is the month of ghosts and ghouls, but did you know it’s also National Pizza Month? Neither did I, but it’s fitting, as I’ve been fortunate enough to enjoy some quality pies as of late.

Back home in Connecticut, there’s heated debate over who makes the best pizza. In fact, pizza restaurants from New Haven, Conn., are almost always included in lists concerning the best pizza in the country. Some of the most popular pizza producers in New Haven are Sally’s, Modern, and Frank Pepe’s. 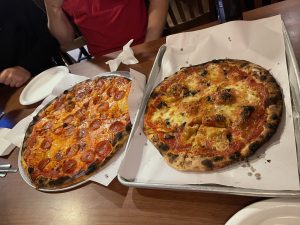 All these restaurants serve “New Haven-style” pizza (or apizza), which is a thin-crust, coal-fired Neapolitan pie. A signature dish in New Haven is white clam pizza, a pie that is topped with fresh clams, garlic, oregano, olive oil, and grated cheese. You can order this pizza with mozzarella cheese if you’d like, but it’s discouraged because adding too much cheese makes this dish heavy.

Frank Pepe’s is the origin of this sort of pizza, and they are so adamant about using fresh clams that if there are none available, they simply do not serve white clam pizza. Canned clams just won’t do.

I recently visited Modern Apizza and thoroughly enjoyed my experience. I tried the white clam, pepperoni, and Margherita pizzas, all of which were delicious. However, I have to say the white clam pizza is undoubtedly my favorite. It seems like there’s an endless variety of pizzas. New Haven-style, New York-style, Detroit-style, Chicago-style deep-dish, Sicilian, and Hawaiian pizzas are just a few types of pizza available. There’s even Altoona-style pizza, which originated in the Altoona Hotel of Altoona, Pa. This pizza is known for using Sicilian style bread and being topped with salami, peppers, and (shockingly) American cheese.

Let us know what your favorite pizza place is in the comments below! Are you a fan of classic New York-style pizzas, or would you rather support Villanova’s home state by digging into a slice of Altoona pizza?

If you’d like to learn more about pizza, from cooking it for yourself to the history of the dish, check out some of these resources at the Library: