Green Voices of the Past: An Introduction to 19th Century Irish American Voices from the Friendly Sons and Daughters of Saint Patrick

Posted for: Emily A. Poteat

The Society of the Friendly Sons of St. Patrick for the Relief of Emigrants from Ireland, now known as the Friendly Sons and Daughters of St. Patrick, emerged in the immediate years before the American Revolution, 1771. Founded in Philadelphia on St. Patrick’s Day of 1771, the organization’s founding tenants were to aid immigrants from Ireland. In the present day, the organization also seeks to focus on ties between the United States and Ireland, as well as sponsors a variety of charitable scholarships, activities, as well as educational endowments.

Currently I am transcribing the minute book of the organization, which extends from 1813 to 1852. Intriguingly, the beginning of the manuscript is not handwritten, rather, it was a printed by a prominent Philadelphia printer named John Bioren, who was the co-proprietor of Mountford, Bioren and Company. Most striking in this particular manuscript, however, is the sheer number of prominent historical figures, especially founding fathers, involved in the American Revolution that were founding members of the organization. Riddled throughout the first few pages of this manuscript are the names of those who created, and facilitated, the charity and aid to Irish immigrants to the United States that landed in Philadelphia. 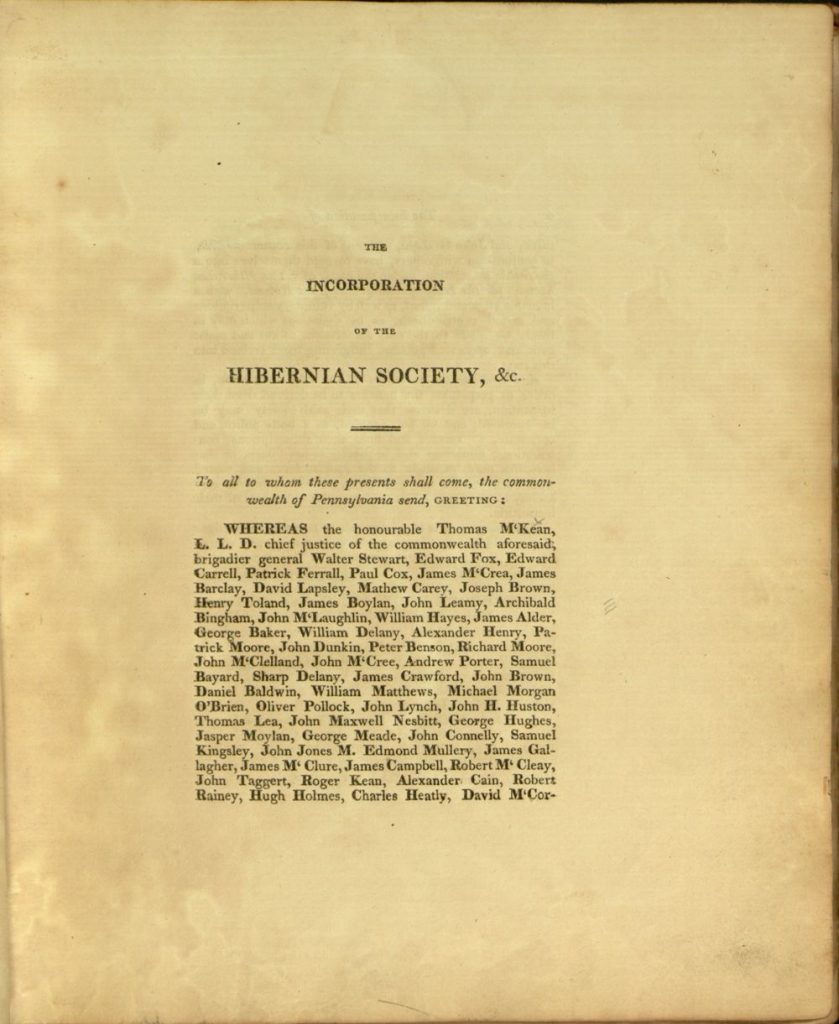 Thomas McKean is the first man listed as amongst the founding members of the organization. McKean was a founding father of the United States, and politician that was born to Irish parents in 1734. Coming to prominence during the American Revolution, McKean was the Delaware delegate to the Continental Congress, at which he signed the Continental Association, Articles of Confederation, as well as the Declaration of Independence. Beyond this, McKean is also noteworthy for his place in Pennsylvania’s history, as McKean served as the chief justice to Pennsylvania, and was the governor of Pennsylvania as well.

Also appearing in the manuscript is Thomas Barclay, an Irish American who came to international political prominence, is also amongst the founding members of the Friendly Sons of St. Patrick. Barclay, initially a Philadelphian merchant, was integral to international relations for the United States in the aftermath of the American revolution. Importantly, Barclay was the first U.S. consul in France, and later George Washington appointed Barclay the U.S. consul in Morocco in 1791. This appointment came following Barclay’s success at negotiating the first treaty between the United States and Morocco in 1786. 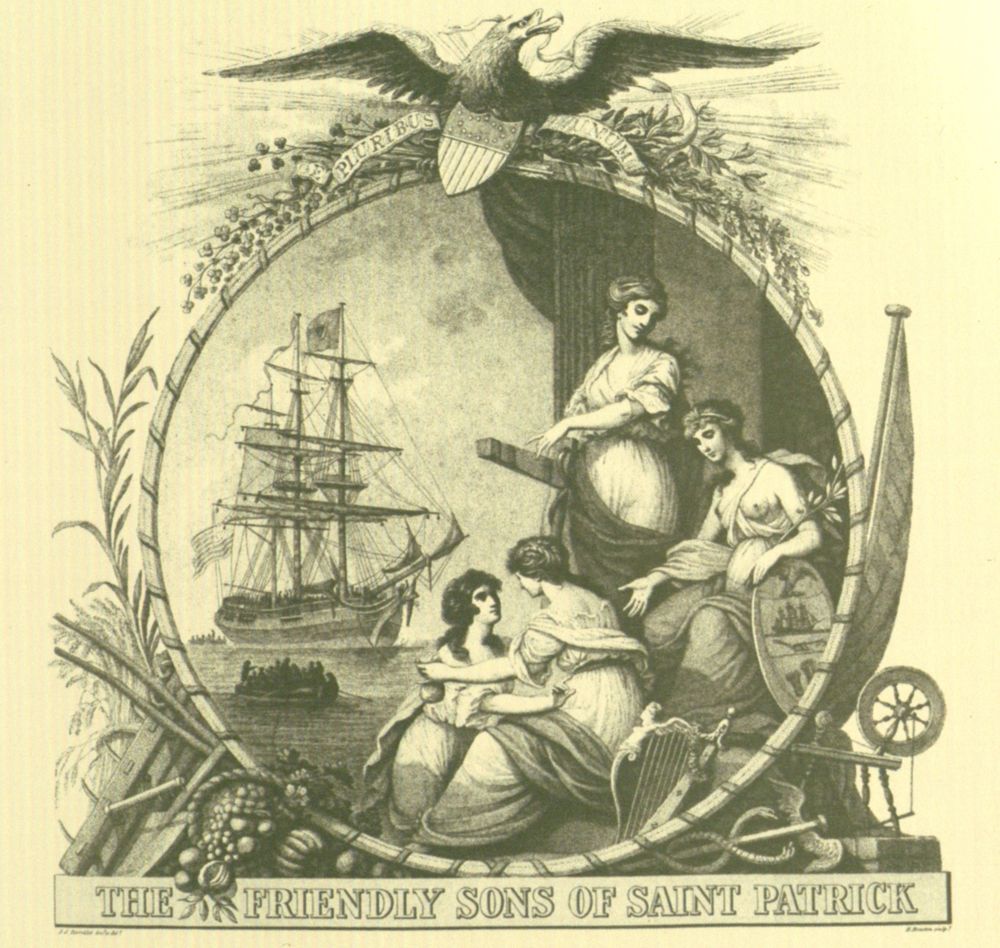 These three men are only a few of many who appear in this minute book, and represent just a few of many voices to arise from the manuscript’s pages. Pertinently to the historical record, this minute book gives a glimpse into the machinations of the elite Irish American class of the newly formed United States, as well as their efforts to support new Irish immigrants to the United States. In doing so, this manuscript provides evidence of understandings of class and societal rank in the immediate aftermath of the American Revolution as well. Furthermore, this manuscript allows a deeper understanding of Irish American organizing during the 19th century, and provides a peek into what went into maintaining a cohesive organizing effort during the time period as well.