Cat in the Stax: A Brief History of Play-Doh 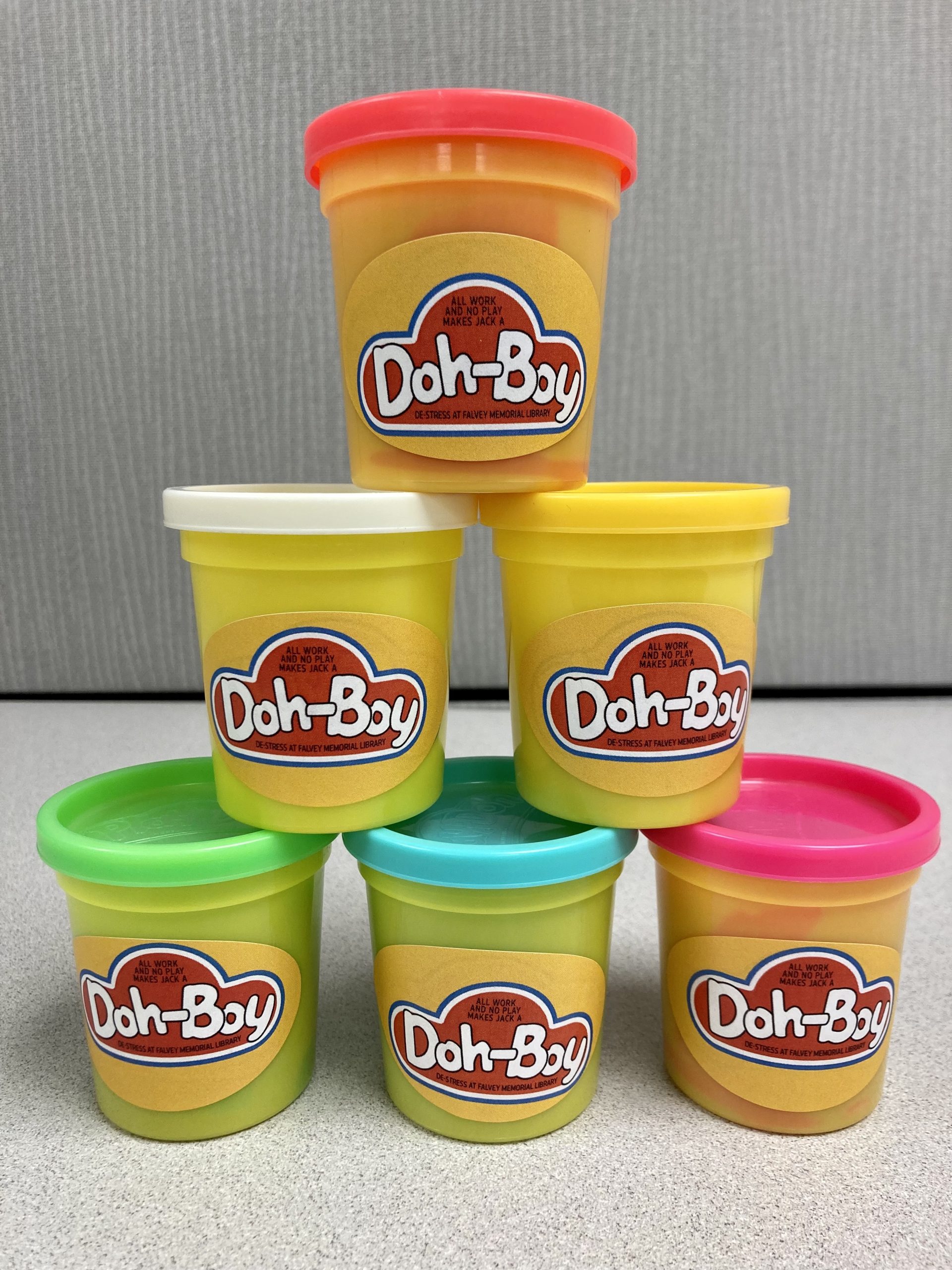 To call attention to the Play-Doh/The Shining-themed stressbuster taking place at Falvey today (hence the revised logos in the above photo), I want to use this week’s “Cat in the Stax” to talk about everyone’s favorite toy!

Play-Doh officially became available to the public in 1956, but the product has an even longer history. Joseph McVicker was born in 1930 into a family business called Kutol Products, which made various cleaning supplies. He would eventually use his position in the company to create the world-famous “Doh.”

After attending Brown University, McVicker developed a putty-like product called Kutol Wall Cleaner. He soon realized the full potential of the clay and altered it to be fit for children. Before long, the putty became a hit with families nationally, and the wall cleaner came to be known as Play-Doh.

However, the beginnings of Play-Doh were not as extravagant as one may think. In fact, before 1957, Play-Doh was only available in white, so to make the toy more fun, McVicker eventually added colors. The first Play-Doh colors were red, blue, and yellow.

After the expenses of the initial release, McVicker did not have any money left to advertise the toy. To solve his marketing issue, he walked onto the set of Captain Kangaroo, the most popular children’s show at the time, and showed off his product. Everyone on set loved it and decided to use Play-Doh on the show. The exposure from Captain Kangaroo caused sales to spike, and McVicker became a millionaire in less than a year.

All this information has been pulled from a biography on Joseph McVicker called Play-Doh Pioneer: Joseph McVicker, which is available online at Falvey.

If you’d like to get some Play-Doh for yourself, be sure to attend the stressbuster on the first floor of Falvey Library from 11 a.m. to 1 p.m. today, Feb. 23!