News From Around the World: The Global Press Archive

In prior decades, access to historical news sources has been revolutionized through large-scale digitization projects. Yet many of the newly created digital newspaper archives remain tied to institutional subscriptions that limit the number and types of archives academic communities can access.

Regrettably, the digitization of non-western newspapers has been neglected for many reasons, including language, writing systems, and demand. These important historical sources were collecting dust in remote storage facilities of large research libraries until 2019 when the Center for Research Libraries (CRL), recognizing the unique value of these collections, partnered with East View, a publisher specializing in Russian, Chinese, and Arabic news databases, to develop a series of digital collections that would provide “global access to a wide selection of newspapers from around the world.”

Geographic distribution of newspapers in the Global Press Archive.

East View is well known in academic circles as a provider of Russian and Chinese news sources. East View’s experience in digitizing news sources published in non-Roman scripts made them a good fit for CRL who was looking for a partner with expertise in digitizing non-Western newspapers. CRL member institutions hold rich primary source collections from all around the world, and while local interest in these sources can be low, the global communities which produced these newspapers in the first place would be given the unique opportunity to access them freely online. 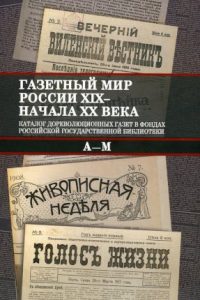 The Imperial Russian Newspapers collection features a selection of 32 newspapers published between 1782 and 1917. Most of them are from Moscow and St. Petersburg, but some regional titles are also included. The search interface features a transliteration table and a Cyrillic keyboard to facilitate discovery. Bibliographic indexes of newspapers published in Imperial Russia are part of the collection. Some of the contents of the collection were supplied by the National Library of Russia in collaboration with CRL.

The Southeast Asian Newspapers collection comprises 118 newspapers published in Indonesia, Cambodia, Myanmar, the Philippines, Thailand, and Vietnam between 1831 and 1958. Most of these news publications were short lived, and the archive will then only include a few years’ worth of issues. The newspapers were produced in a range of Southeast Asian languages including Filipino, Indonesian, Javanese, Vietnamese, Khmer, and Thai. Those unable to read any of these languages might be interested in the Arabic, French, English, Spanish, and Dutch publications that are part of this collection. A quick search for independence retrieves matches for various forms of the word, such as the Spanish independencia and the French inédependance. Most of the newspapers in the archive can only be browsed as the search interface only permits searches for words using the Roman alphabet.

The Middle Eastern and North African Newspapers collection includes about 80 newspapers, mostly from Syria and Lebanon, but also from Iraq, Egypt, Algeria, Saudi Arabia, Morocco, and Palestine. Most newspapers are in Arabic but a few papers published in English and French are also included. The collection spans from the second half of the 19th century to the early 20th century. While most of the content of this collection is freely available, access to five newspapers is limited to CRL member institutions. The search interface includes an Arabic keyboard to enter and retrieve search terms in Arabic. 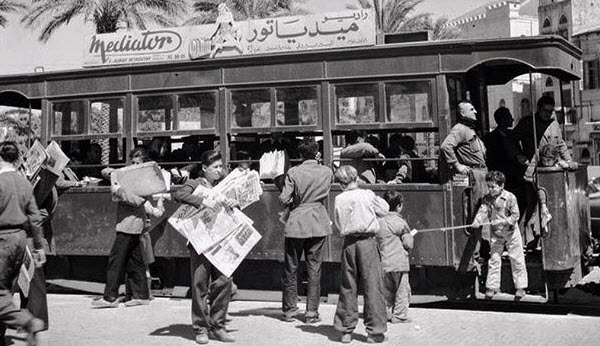 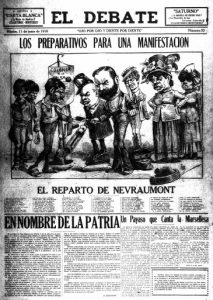 The Independent and Revolutionary Mexican Newspapers collection offers by far the greatest number of publications with nearly 1,000 newspapers from Mexico’s pre-independence, independence, and revolutionary periods (1807-1929). The newspapers are predominantly in Spanish but a few French, English, and German language titles are also included. While holdings for many of the newspapers featured in this collection are available only in short runs, the titles are often unique and, in many cases, represent the only existing record of a newspaper’s short-lived publication. The collection was digitized based on archival newspaper holdings of the Nettie Lee Benson Latin American Collection, a research library at the University of Texas at Austin, considered to be the preeminent Latin American library in the United States.

The Late Qing and Republican-Era Chinese Newspapers collection comprises 292 newspapers spanning the period 1911-1949. All papers are in Chinese. Sadly, the collection lacks a Chinese character keyboard and can hence only be browsed as search results will be limited to ads and names that use the Roman alphabet. Newspapers from more than 20 major cities are included covering most regions of mainland China.

Open access is made possible through the generous support of the Center for Research Libraries and its member institutions. A link to the Global Press Archive collection can be found under “G” on the Library’s Databases A-Z list.